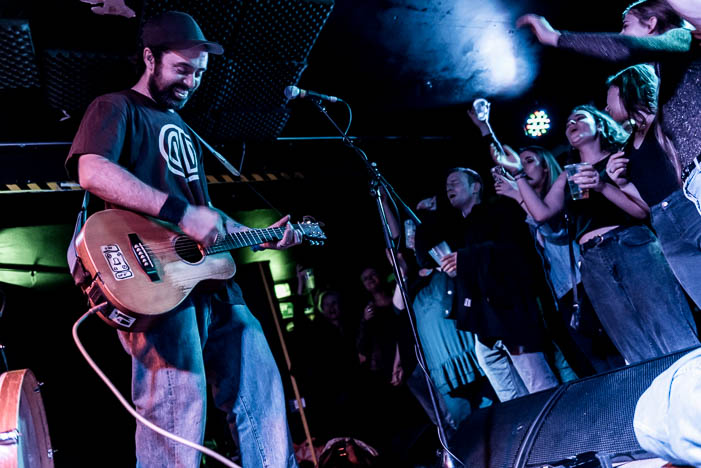 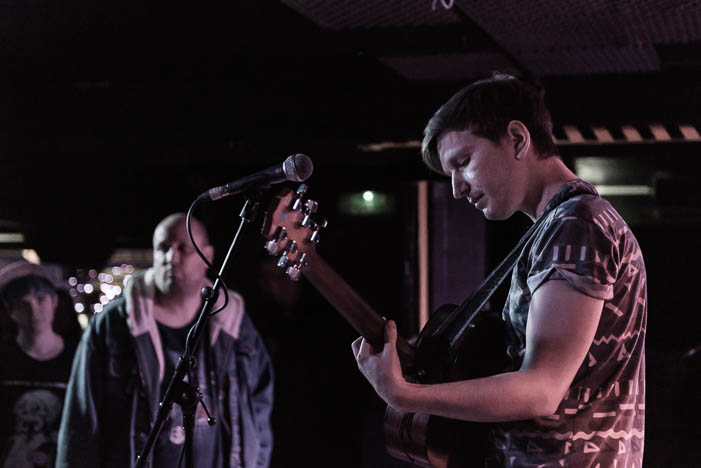 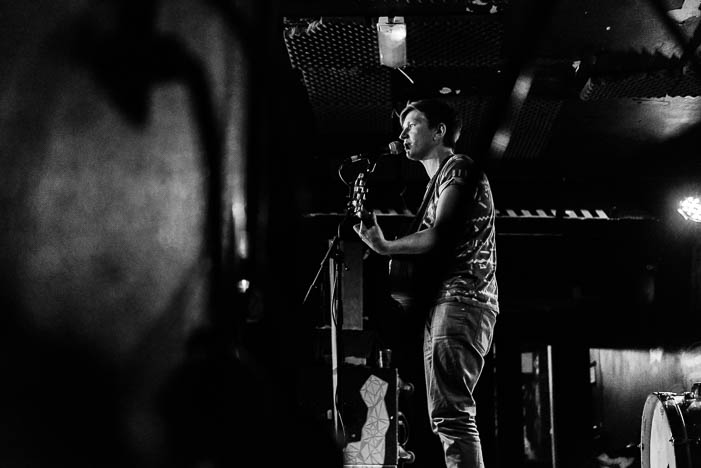 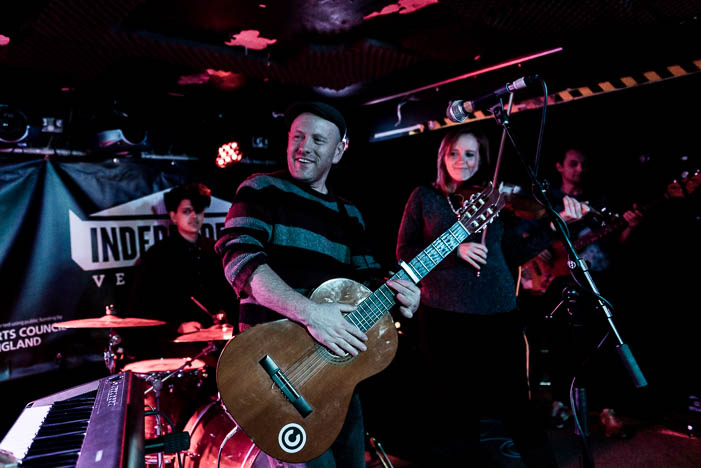 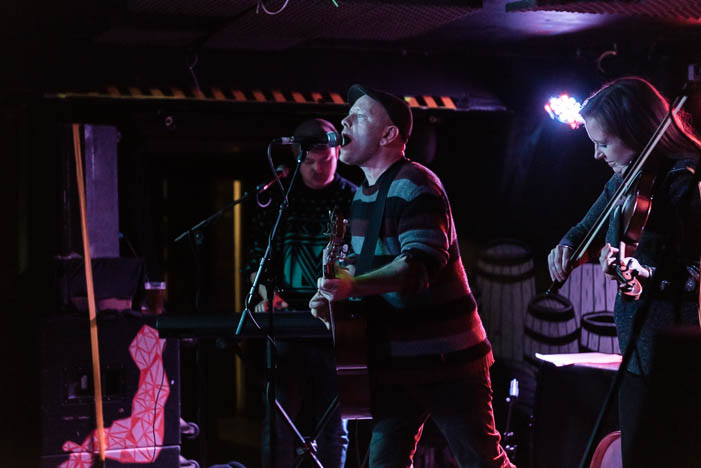 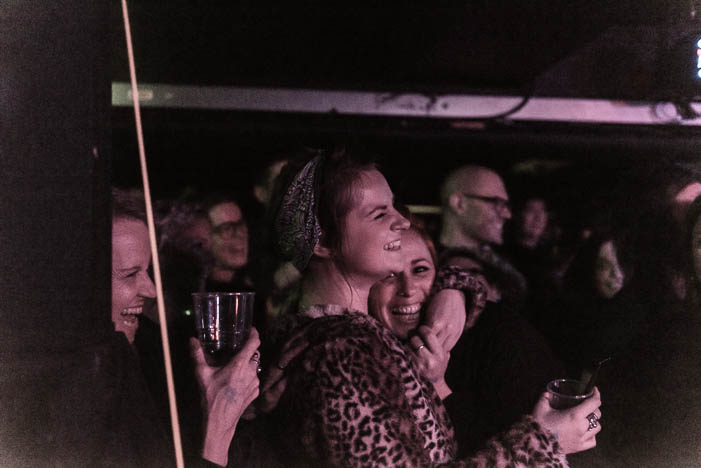 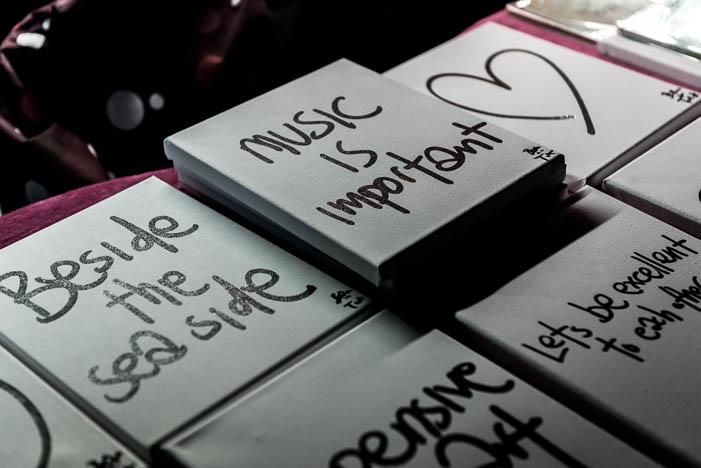 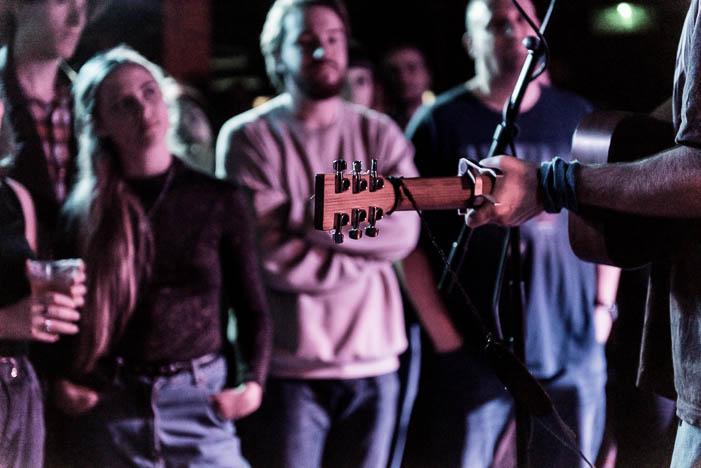 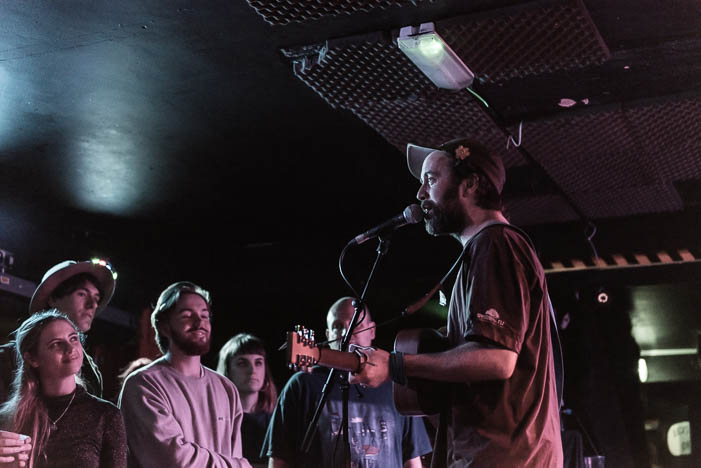 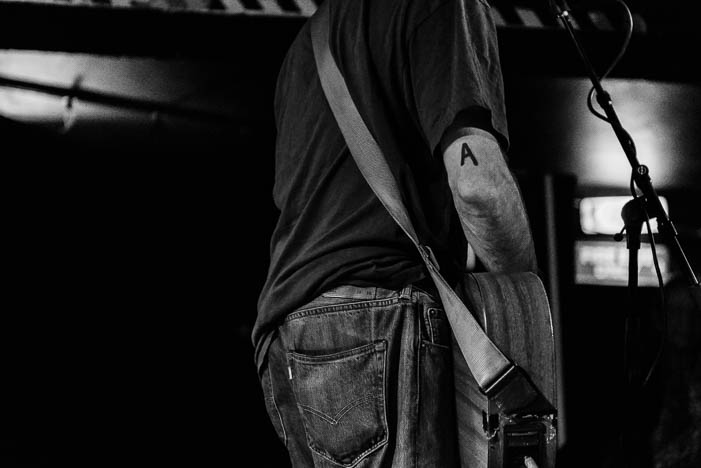 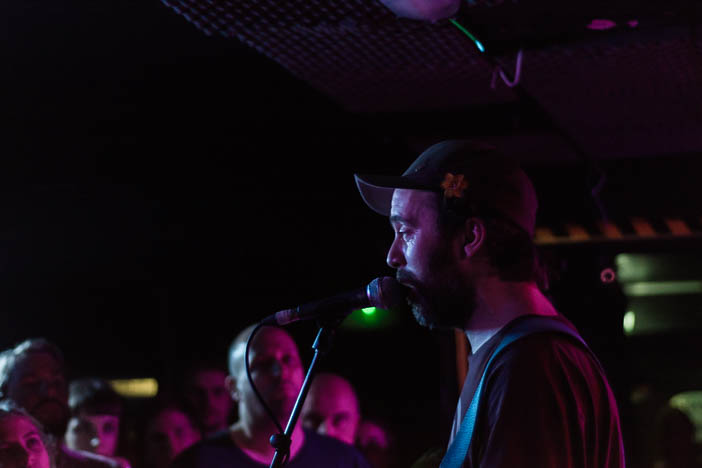 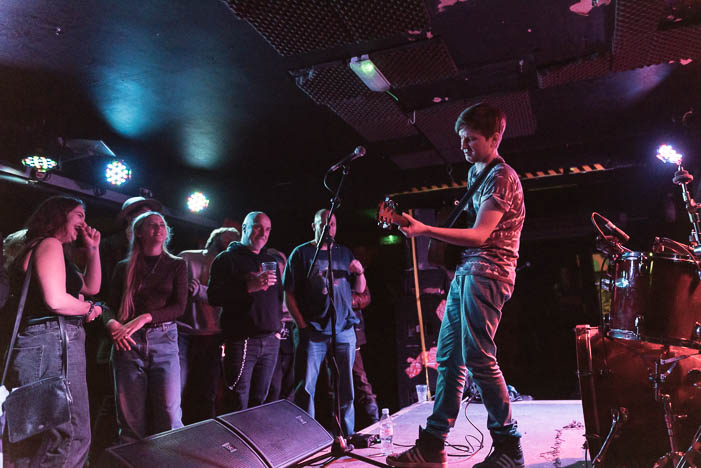 Brighton’s live music scene thrives on its quirkiness and independent venues are its life blood, which is why Sticky Mike’s Frog Bar has been celebrating Independent Venue Week. IVW is now in its fourth year, and bigger than ever.

With the UK climate more politically charged than it has been for a generation, tonight’s trio of acts hit the zeitgeist on the head. Kicking off proceedings were local 8 piece (temporarily reduced to 7) folk band Pog. Although missing clarinet player Becky Hogge, they romped through a lively set, covering subjects from muggings to class war. Flat-capped Paul Stapleton (also of Brighton BN1 game fame) clearly enjoyed the show as much as the punters.

Next up was Essex-based Gecko. Smart, savvy and with a finger firmly on the pulse, this guy is going places. Catchy tunes with some razor sharp lyrics, Gecko built on an already charged atmosphere, as the crowd raised laughs and glasses. ‘iPhone Therefore I Am’ possibly the highlight amongst a very polished set. Watch this guy, he could well be moving in on Ed Sheeran’s territory this year.

Headlining the night was Bean On Toast. Ramshackle and barefooted, Beans (Jay McAllister) couldn’t look much more Brighton if he tried, but actually hails from Essex. It’s hard not to warm to his brand of quirky folk songs, picking apart the (literal) highs and lows of life. The sell-out crowd now singing along to tunes like ‘MDMAmazing’ and ‘Nanny Mac’. The comic ditties hit the crowd’s funny bone, but crowning the night was the unveiling of a love song he’d written for two staunch fans, Jaimee and Lilly. The couple were in the front row, making for a sweet end to the evening.

The three acts performing tonight illustrate just how brilliant our music scene is, and why independent venues are so important. Get out there and support your local venue!

Sometimes an article is a bit of a team effort, and those are tagged SOURCE Writers. If you’d like to be part of that team, hit the Contact link at the top and get your work on this website.
← PREVIOUS POST
Sussex Pink Week, 6th-12th March
NEXT POST →
Scott Capurro, Sunday 5th March
Mailing List
Recent Posts
Website developed in Brighton by Infobo
Copyright © Brighton Source 2009-2021
Beans On Toast Review - Brighton Source