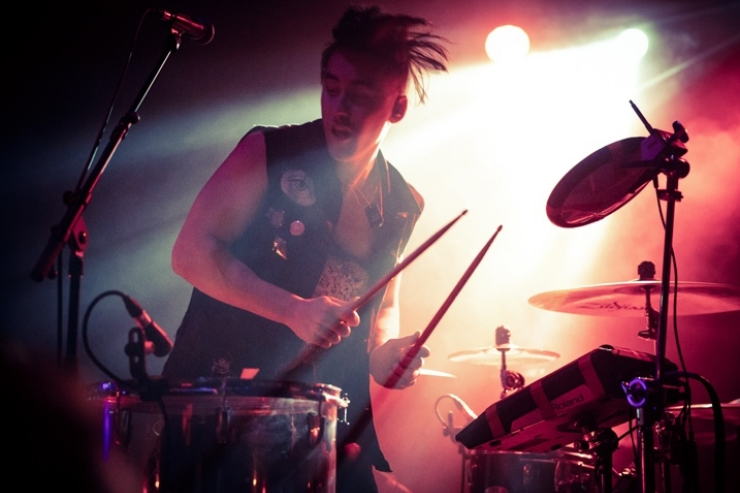 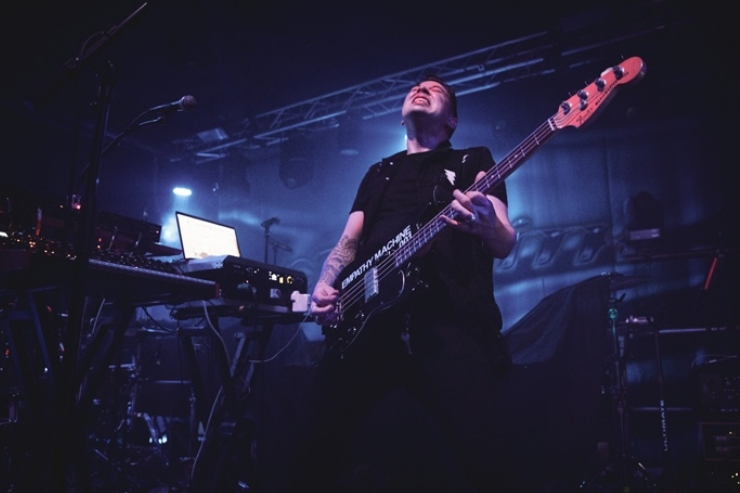 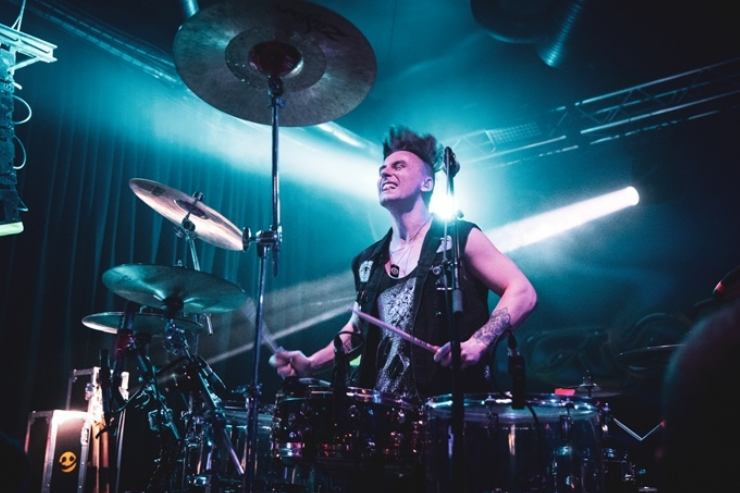 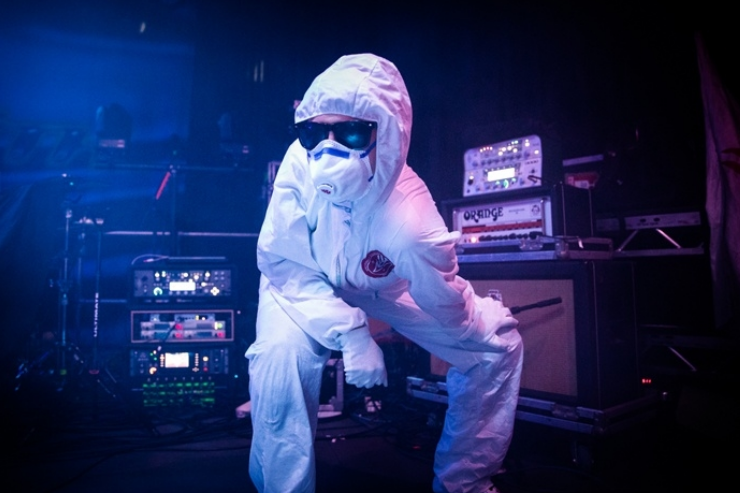 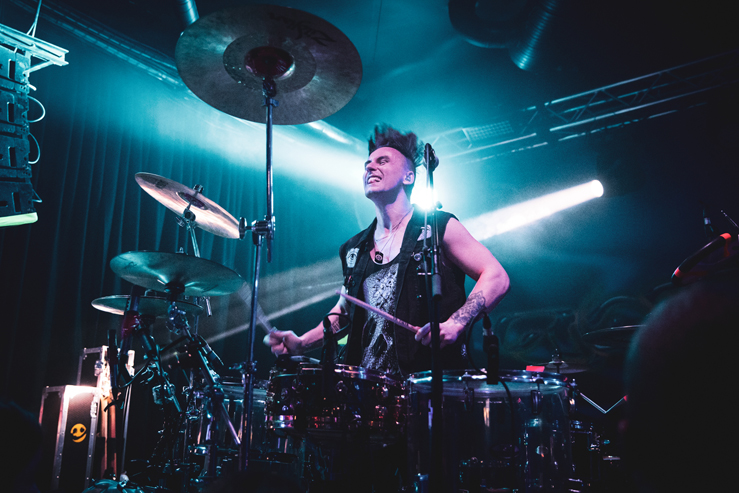 Kicking things off for the anarchic and ebullient outfit that is Japanese metal band Crossfaith takes some doing. The early crowd gathered at Chalk know what they want out of the evening and song quality alone isn’t enough, they are here for a show. Luckily Brighton ‘Future Punk’ twosome Black Futures know how to deliver one.

The duo’s debut album ‘Never Not Nothing’, released in August last year, is a fast-paced, soaring rollercoaster of a record and incredibly impressive as a debut. Packed with floor-fillers and pit-builders it was deployed to great effect, rallying the pack with drop after drop spilling out into the street.

The crowd is with them early on and fully behind them by the end of the ferocious ‘Body & Soul’, a surging riot of a track that fires on all cylinders. “We’re just the warm-up so let’s warm up” cries vocalist Paul Frazer to a room now already really quite warm. Over the course of their set they work their way through hit after hit from an album that seems a readymade soundtrack for an Irvine Welsh novel. Fearless, sometimes angry, always upbeat punk spirit spills from the stage, sometimes with a bandmember. Frazer cheerily wielded his guitar from the centre of a pit he created as the crowd sang along to lyrical refrains designed, and destined, to be shouted and shouted loud.

‘Riches’ and ‘Tunnel Vision’ are set highlights and show off Black Futures as a complex force to be reckoned with, complete with The Prodigy’s energy, Pendulum’s hooks, Manson’s attitude and Chris Motionless’ savage dynamism. The foot is kept firmly on the pedal and by the end of their too short set the reverb rings out amongst a room full of new acolytes.

Two dancers head-to-toe in hazmat suits performed alongside the duo throughout, staging their own light show as they pulled enthusiastic crowd members onto the stage. The suits are a sobering image perhaps. A nod to events going on outside maybe? But we feel the apocalypse may have to wait, Black Futures are nowhere near done.