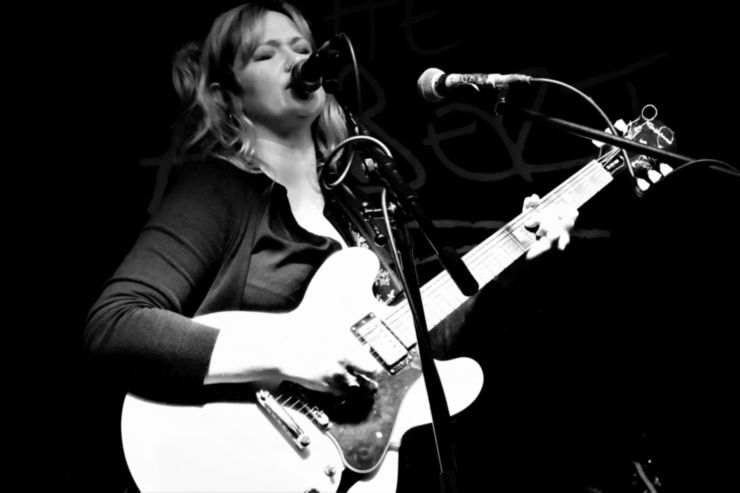 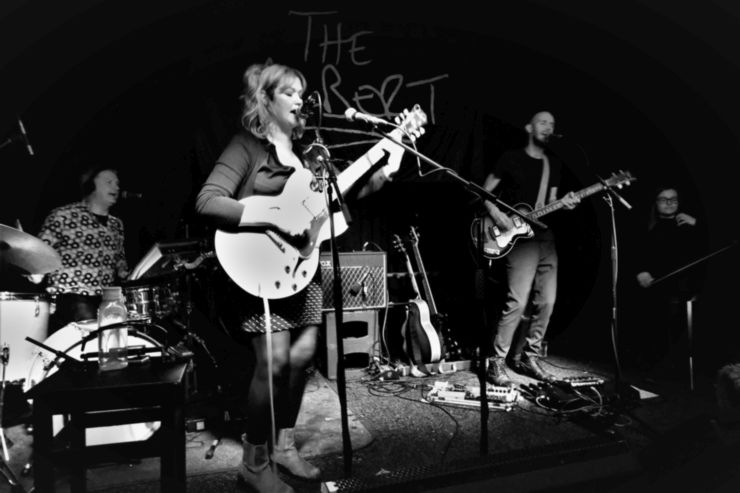 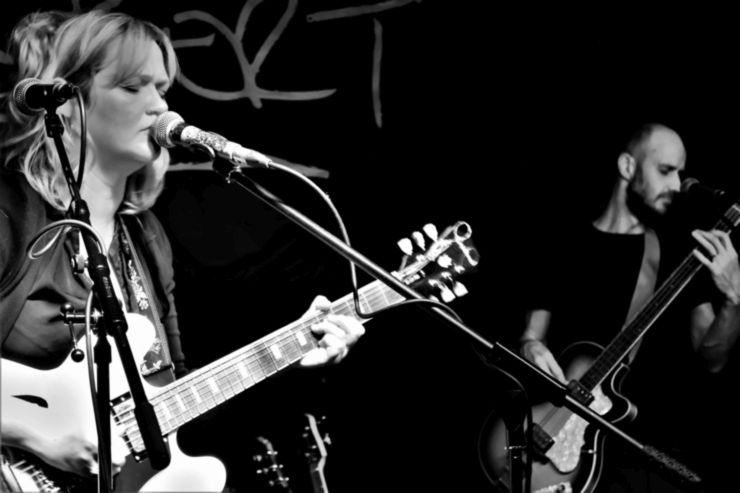 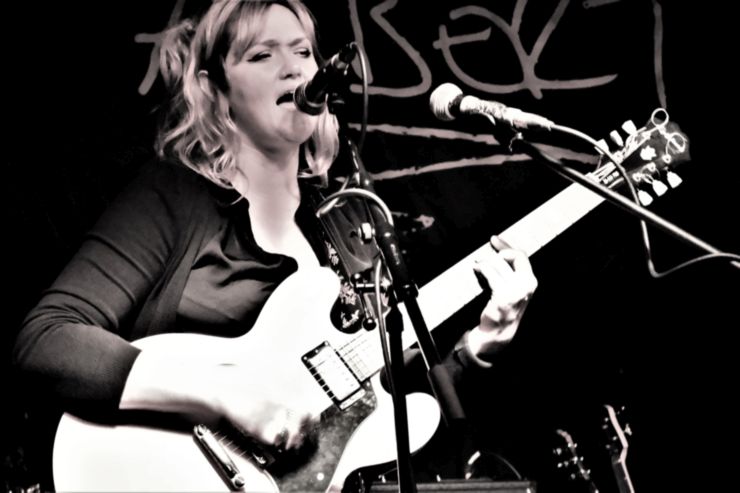 Hayley Ross is a “an outlier, a one-off, a self-starter and quiet disruptor,” as her label put it, and it’s true that people seem to love Hayley Ross’s songs as soon as they hear them.

“I sent two songs to John (Bell) and Jimi (Ashmore) at my label, not thinking much of it. They were the first people I sent songs to and they just said ‘Have you got any more?'”

John Leckie (Stone Roses, Radiohead, Magazine and many more) mixed the album and then mastered it at the legendary Abbey Road studios.

“We sent the album to him, hoping he might mix one or two songs, but he heard it and said he wanted to mix the whole thing, and drove down in the snow for a meeting. I was a massive Stone Roses fan and he has worked with so many people so I was absolutely made up for that.”

MERZ’s remix of her track ‘Barracuda’ was also selected as a “Headphones Moment” on Lauren Laverne’s BBC 6 Music radio show and featured on one of her “Best of Year” playlists.

The album ‘The Weight of Hope’ was initilly recorded solo at home but took four years to complete.

“It took quite a long time because it was a development deal but the label have been very supportive.”

“I captured a lot of the essence at home. I’ve got lots of field recordings of storms and birds [which feature on the album]. Then I’d take it to Martin Barker over at Echo Zoo in Eastbourne, an amazing place, right by the seafront, loads of analogue gear.”

Last year her track ‘Tumbledown’ was used in the latest series of Orange is the New Black.

“I’ve had placements on a few TV shows but ‘Tumbledown’ was really featured [on OITNB] and I wasn’t expecting that. It’s had nearly 190,000 plays on Spotify now and people really connected with the song.”

The album has also been gathering reviews in national media, including an enthusiastic 4-star review from Adrian Thrills in the Daily Mail!

Live, Hayley comes across as straightforward and down-to-earth, as she is, stopping her set to wait for someone to find a capo which she had absent-mindedly left backstage. But then she plays and the audience are transported into her world of mystery and emotion. Particular favourites were album opener ‘Dernier Baiser’, ‘Barracuda’ and ‘Big Black Car’, although our favourite song on the album ‘Lay Me Down’ (the one with what sounds like a full gospel choir) was missing from her set on this occasion.

Hayley’s warmly emotional and haunting songs are peppered with a sense of the English coastal seaside vibe she comes from, and her band are also really stunning.

“Martin Barker did all the drums and percussion [live and on the album]. He has worked with the likes of Marianne Faithful, Goldfrapp, Robert Plant. He’s world class and I am very lucky to have him.”

“Tim Slade (bassist, ex-Mohair) used to be my neighbour and introduced me to John and Jimi at my label.”

“I never dreamed… to have so many incredible musicians involved.”

Take a listen to the video for ‘Big Black Car’, one of the darker songs on the album, for a sense of what the album brings.

Following a packed gig at the Green Note in London’s Camden Town, Fat Tuesday in Hastings and now Brighton’s Prince Albert, the band are playing a support slot at a charity gig for Crisis at the Old Firehouse in Oxford next Friday and then the Betsey Trotwood in London on Easter Sunday.

“I want to get back into writing again. I am always writing, always something on the back burner, but just having that space and time. I also want to tour and I’m waiting to hear back from a number of festivals this summer which would be fun.”

Jon Southcoasting photographs all sorts, including music, writes about things, as often as not musical, and sometimes plays his own songs too. He lives in Brighton.
← PREVIOUS POST
Ask Me Anything Review
NEXT POST →
Black Futures Review
Mailing List
Recent Posts
Website developed in Brighton by Infobo
Copyright © Brighton Source 2009-2020
Hayley Ross Interview - Brighton Source