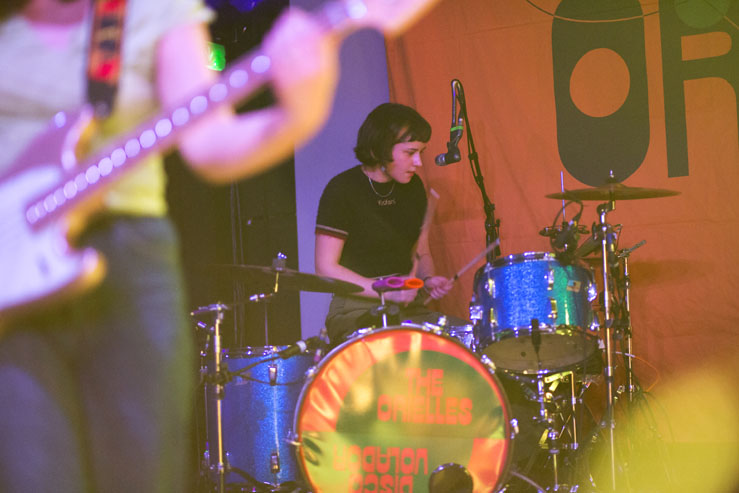 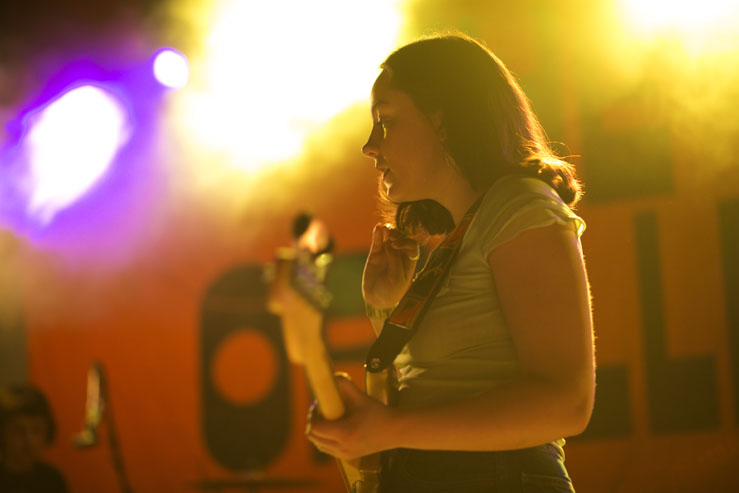 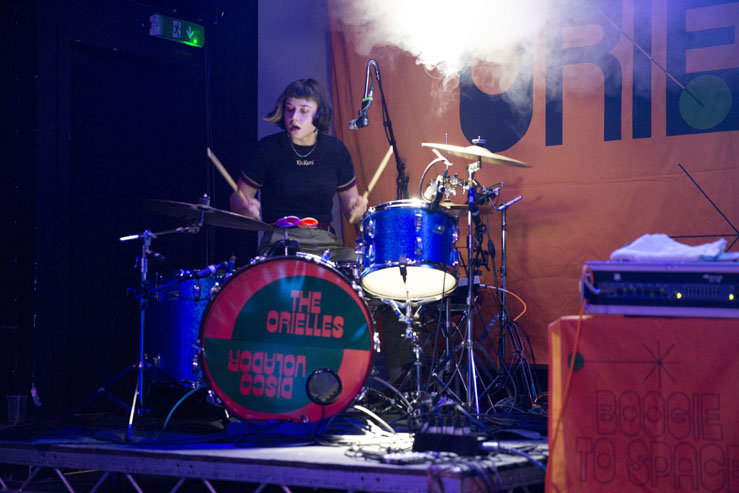 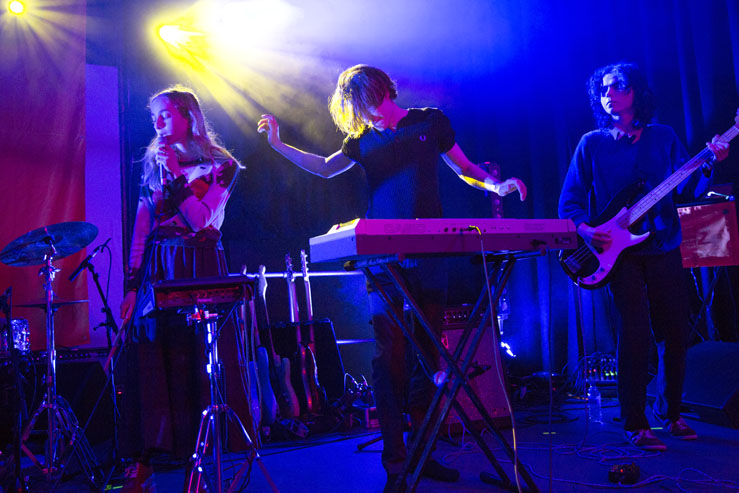 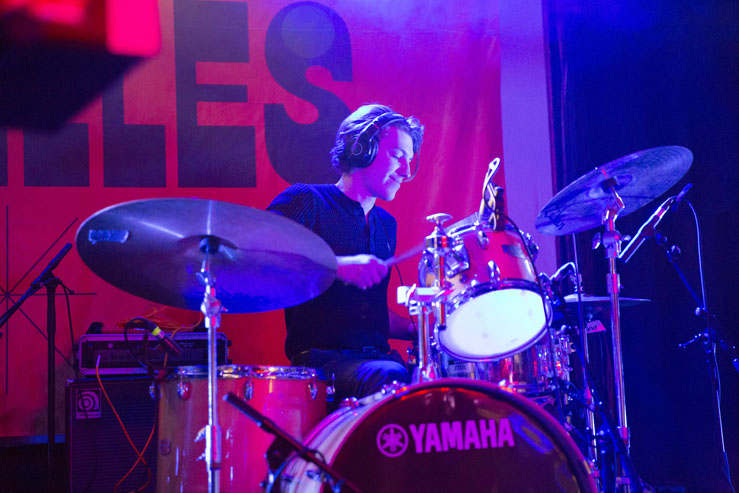 Our experience of The Orielles was fairly limited before wandering into Chalk tonight. Spotify had snuck them into our radio a handful of times so we were pumped to see if the stage presence was on par with the sound.

The Yorkshire-based band has gained some serious momentum, with their second album ‘Disco Volador’ dropping on Heavenly Recordings a few days before the show. We’re hoping for some well polished and sharp tracks to lift our otherwise dreary Saturday.

Chalk is at a fitting capacity, not so packed that we are rubbing shoulders, but tight enough that the room feels cosy. Meandering in a tad late, we arrived just as the Drug Store Romeos are kicking off. The band from Hampshire released their debut song just under two years ago and going by tonight’s set their unique and whimsical style is definitely something to look out for.

The floaty and ethereal vocals are paired with sharp, clean drumbeats and deep basslines which makes for an interesting and pleasant combination. The three-piece ensemble really set the mood going into the main performance, leaving the audience hungry for some heavy guitar riffs.

The Orielles come out swinging with the opening track from the new album. ‘Come Down On Jupiter’ excellently juxtaposes fast-paced guitar and drums with long, drawn-out vocals from lead singer and bassist Esmé Dee Hand-Halford.

While this first song comes off well, the second proves to be a bit of a nightmare for guitarist Henry Carlyle Wade who swaps his guitar out multiple times, clear frustration playing across his face throughout.

Turning potential tragedy into success, Wade comes back with increased vigour going into the rest of the performance. Clearly much appreciating a working instrument, Wade wowed us with some excellent riffs, pedalling between some wailing notes and very rocky elements. With enough energy for a whole band, Wade puts on some definite theatrics and some rather interesting facials to match.

As we hurtle into the latter part of the night we’re treated to the definite crowd favourite ‘Bobbi’s Second World’. Upon hearing the song’s title, a cheer comes up from the truest of fans and the rest of the audience feels the hype. The vocals are clear, defined and energetic with the live performance doing the album track justice.

The final songs in the set see the welcome addition of cowbell from drummer Sidonie B Hand-Halford, as well as some carefree whooping from her sister Esmé. The band clearly don’t take themselves too seriously, yet they sound delightfully fresh and upbeat. The four members are really finding their groove in the final tracks, with the mostly stationary Esmé making multiple trips to the front of the stage, getting up close and personal with the crowd. 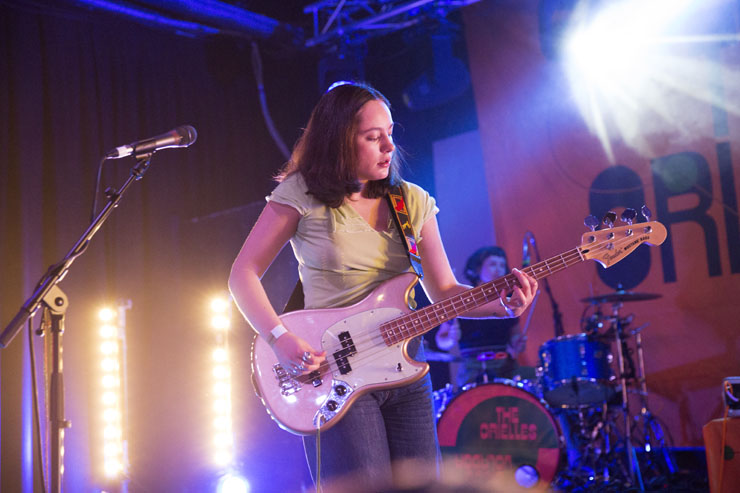 After the final track comes to a close, the audience seems satiated. Some cheers for another song comes from the truest of fans once again, but they’ve already played right up to the curfew. Wandering out of Chalk tonight, we think The Orielles will have to graduate from our Spotify radio right into our favourite’s playlist.