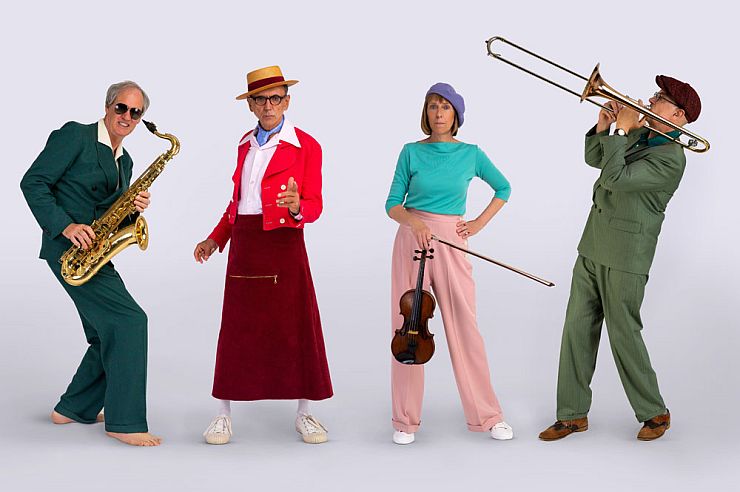 Last year’s re-release of his infamous covers album ‘My Beauty’ re-ignited the media’s interest in Kevin Rowland and he has now announced a Dexys tour that will feature a full performance of their classic album ‘Too-Rye-Ay’, “as it could have sounded”, in what will be the 40th Anniversary of the original release.

A reworked and remastered version of the album is being released to coincide with the tour which will see Helen O’Hara return to the fold on violin. Completing the line-up are multi-instrumentalist Sean Read and Jim Paterson who has been in Dexys since day one back in 1978.

If you don’t know the album, you will know the singles pulled from it. As well as ‘Come On Eileen’ (Britain’s best selling single of 1982) the album featured classics such as ‘The Celtic Soul Brothers’ and their famous version of Van Morrison’s ‘Jackie Wilson Said (I’m In Heaven When You Smile)’.

These shows mark Dexy’s first live performances since a one-off instore at Rough Trade East on a tour for 2016’s ‘Let The Record Show: Dexys Do Irish And Country Soul’ album and a couple of dates in 2014. As it happens, we still remember their beautifully staged show back in 2012.

As you’d expect from this forward-looking and singular band, they won’t be dusting off their dungarees for these shows and judging by the publicity photos they have retained their sartorial elegance, as seen on their ‘One Day I’m Going To Soar’ album show at The Dome a decade earlier, almost to the day.

The other hits are also promised so expect the show to feature ‘Geno’ and many selections from their small but beautifully formed back catalogue.