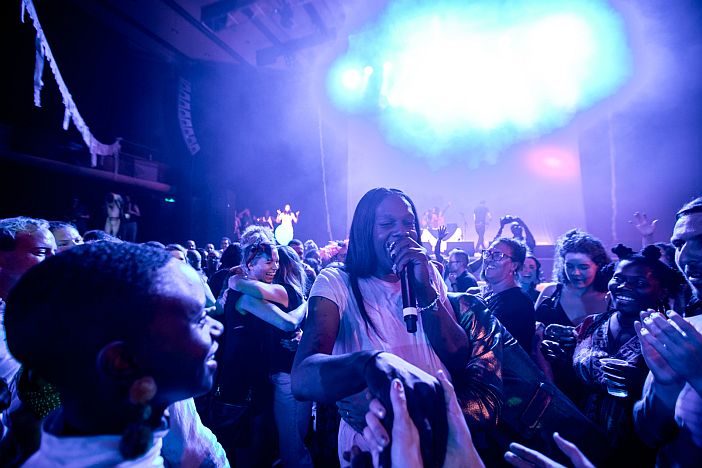 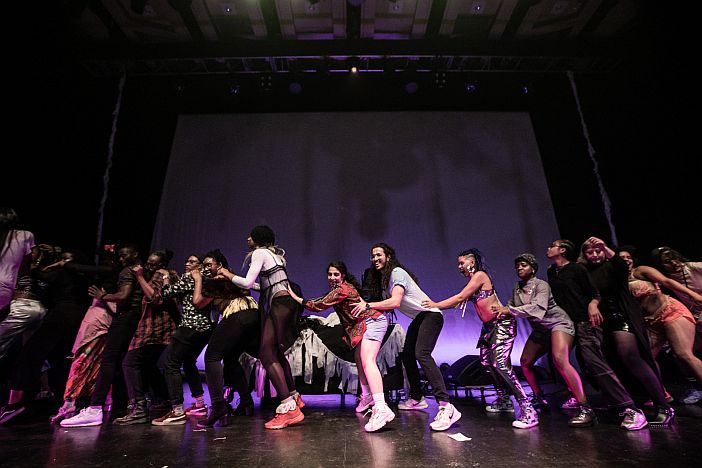 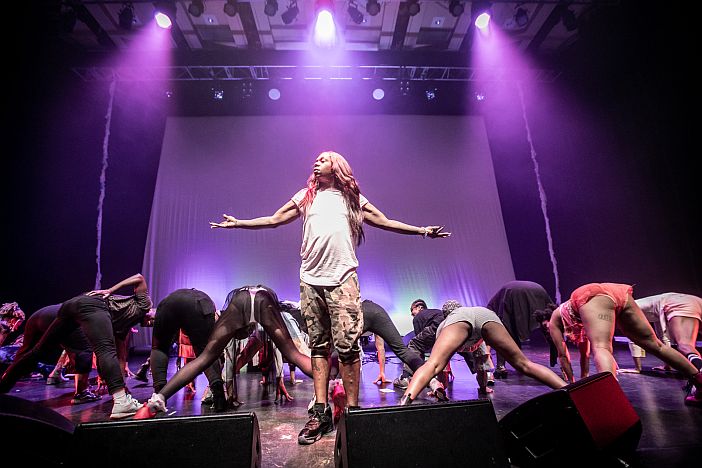 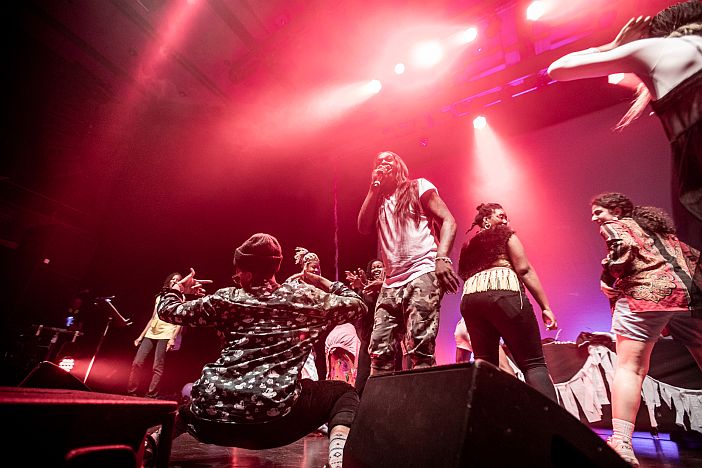 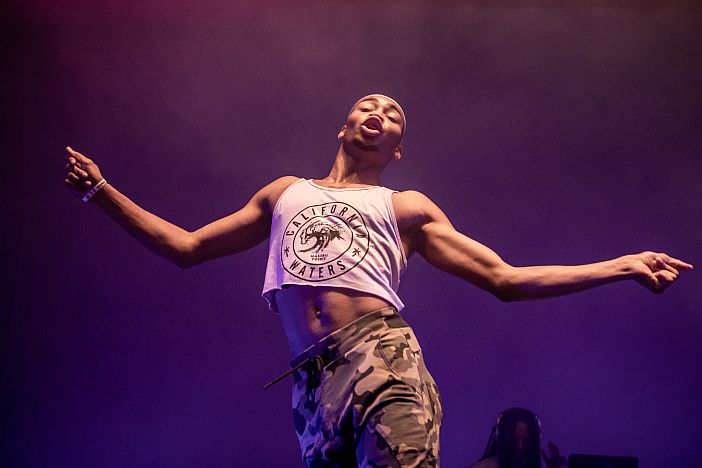 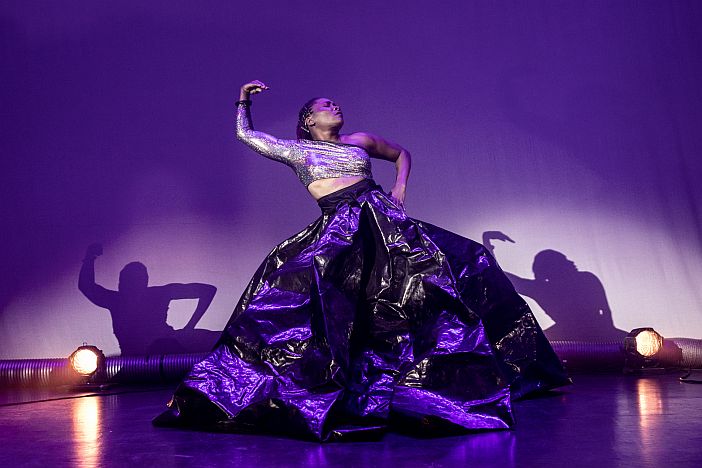 The people who put on Mykki Blanco at last year’s festival stepped it up this year by turning the main hall of Brighton Dome into a New Orleans ‘Bounce’ club.

Guests were warmly welcomed by glamorous greeters and there was a feeling of love for everyone all through this all-inclusive event. The night was spilt between DJ sets from Jumeau and Sista Selecta and live performers. First up after DJ Jumeau dropped some filthy tracks, including the fantastic ‘My Neck, My Back’ by Khia, was Malik Nashad Sharpe who entered the dancefloor carrying a bunch of lighted joss sticks and proceeded to sashay around the room like an Olympic torch carrier before working the room with a gymnastic dance display that ended with her stripped down to her pink shorts and a vest. This was a great start.

For those seeking a more holistic experience there was a ‘Womb Room’ set up, away from the clubbers, in a small space downstairs. We had to register for a slot and with nine others spent half an hour with Ria Hartley who led us through breathing exercises to match each of the seven chakras, based on the West African Yoruba religion. The session ended with a lie-down while listening to soft chants with the end result feeling like a cross between a sauna and a massage but where you only have to take your shoes off. 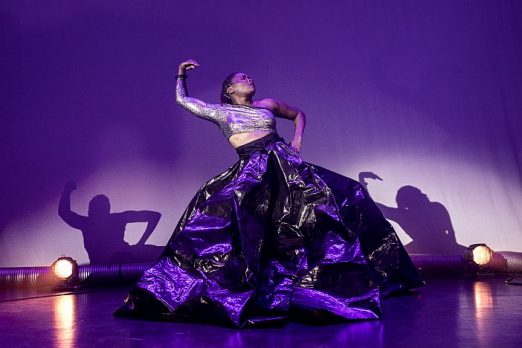 Back upstairs we just caught the end of Rachael Young’s performance which, judging by the crowd’s reaction as she shook off her wig and exited, went down a treat. After Sista Selecta’s first set, it looked like Grace Jones was about to come on stage as a figure, covered head-to-toe in a gold lame robe appeared. Casting the robe off, Lasana Shabazz absolutely blew us away with a short, sharp shock of a set that left us speechless. Dressed in leathers and feathers, Shabazz twisted and turned fast and furiously, throwing shapes to a heavily percussive soundtrack. It was nothing short of breathtaking and we all screamed for more, but unfortunately there was no return. With the music varying from Joy Division dance covers to African dub to Nitty Scott’s ‘La Diaspora’ the Bounce fans were building up their booty dance moves in what had now turned into a sort of Mardi Gras G.A.Y. 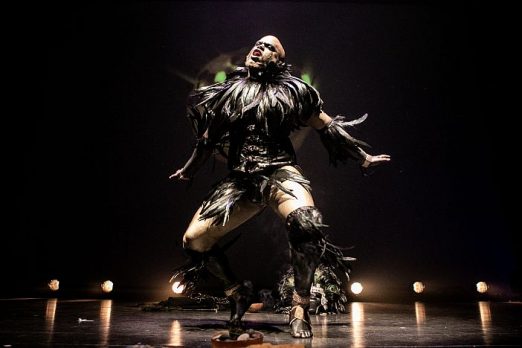 Big Freedia, the Queen of Bounce, took to the stage in long wig, a white t shirt and camouflage shorts and launched into ‘N.O. Bounce’ proclaiming ” I’m that queen that’ll make you bounce” and released the wiggle upon us. With dirty beats and dirtier language she garnered screams form the hyped-up crowd. New Orleans was in the house. Her lead dancer was a sight to behold with what must be the fastest buttocks in show business and a six-pack to die for. A select few were invited onto the stage for a dance off as Freedia bellowed in a deep, gravelly voice “show yo’ ass, I don’t want to see no faces” before choreographing them into a human twerkipede. The dancers despatched from the stage, she continued with blistering versions of ‘Rent‘ and ‘Peanut Butter‘ which ended with a shout out to RuPaul. The set finished with Freedia heading in to the crowd for a mutual love-fest singalong of ‘I Will Always Love You’. 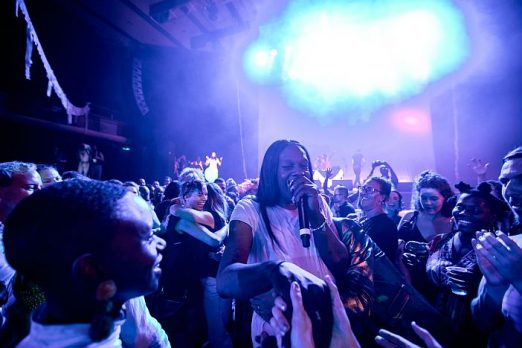 The wonderful people that organised this beautiful evening have their work cut out to top this at next year’s festival. We can’t wait to see what they come up with.