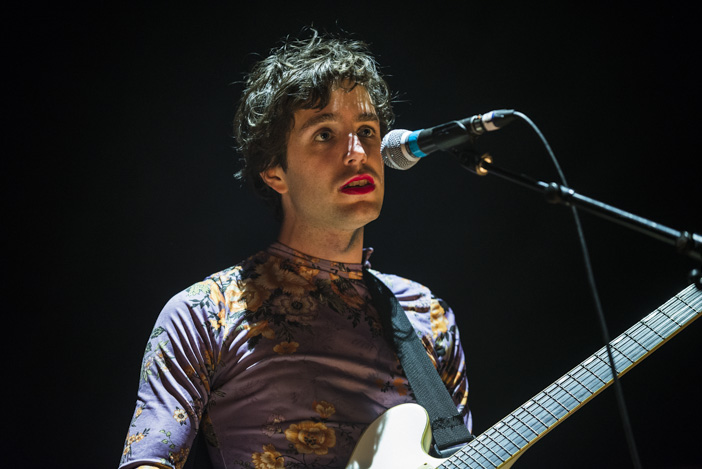 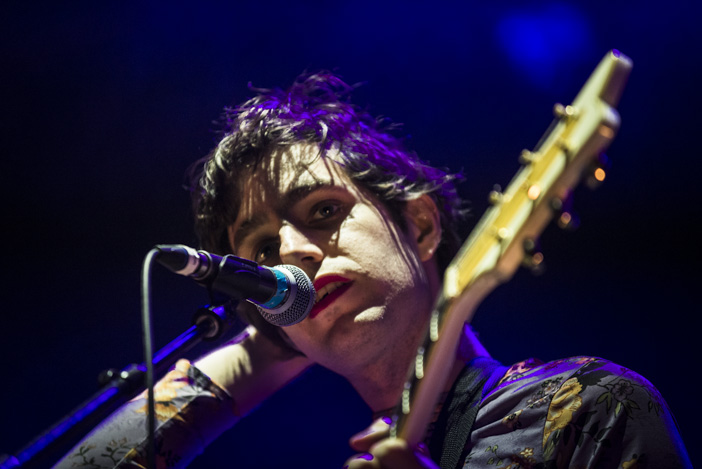 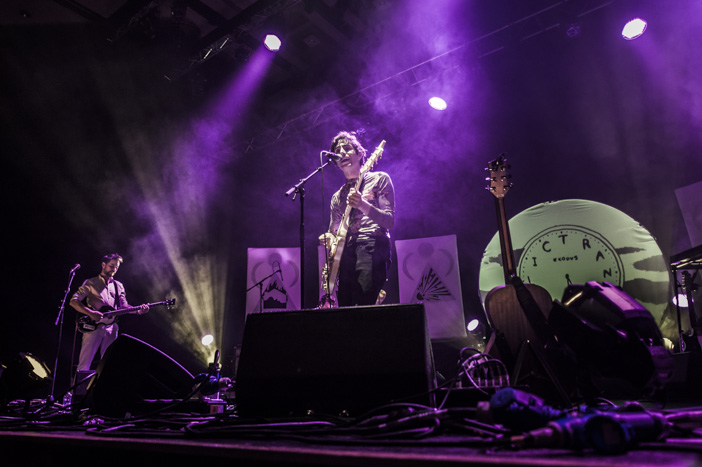 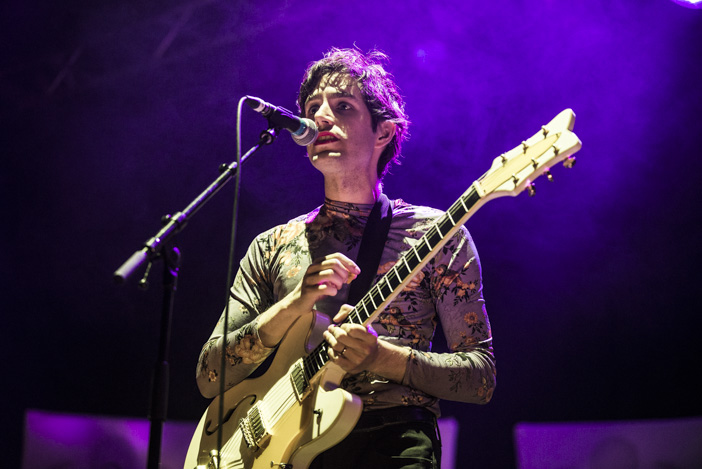 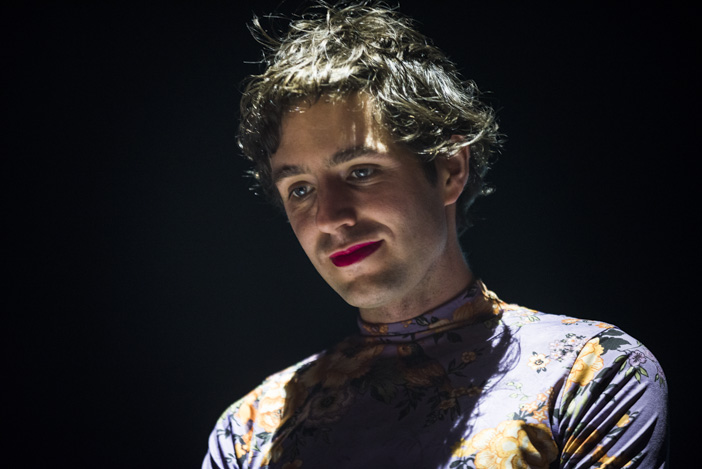 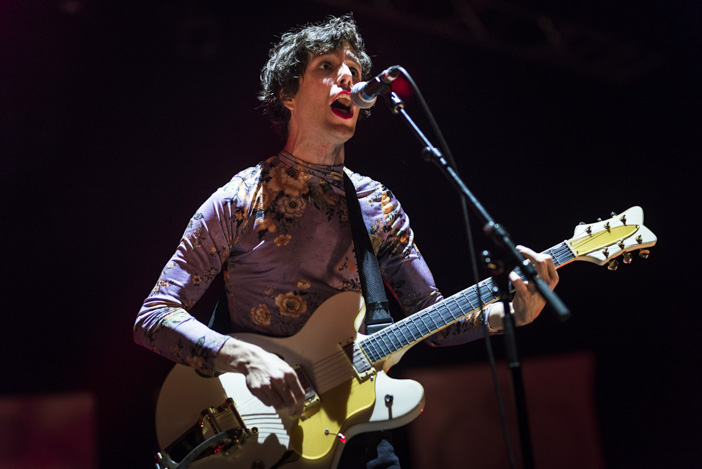 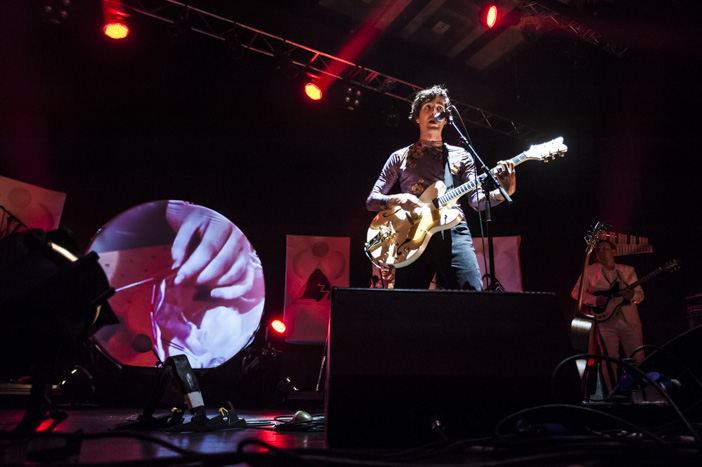 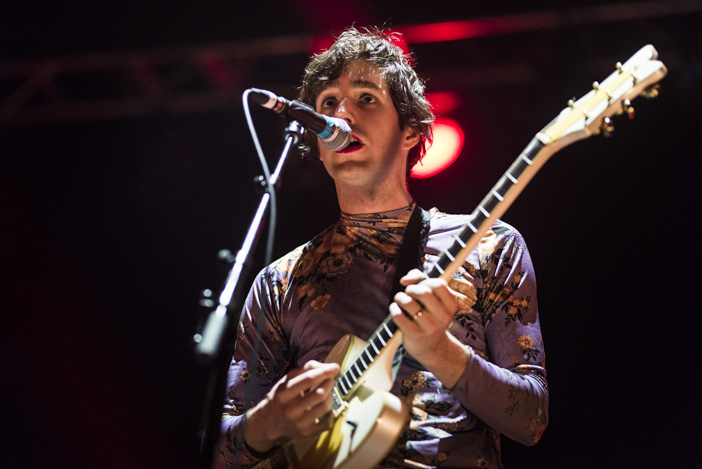 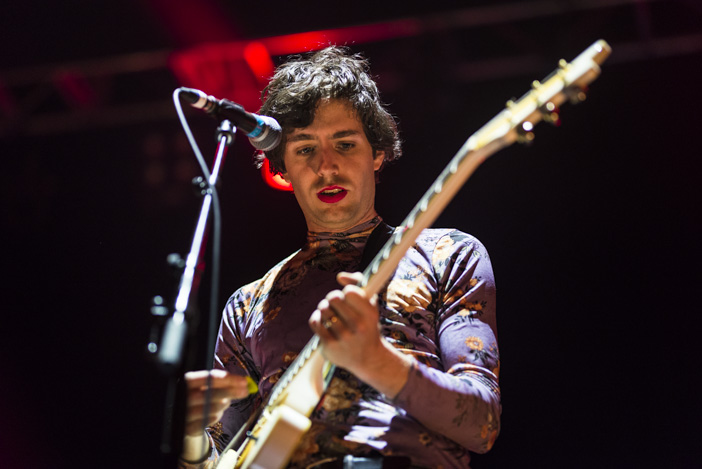 The last major show of this year’s Brighton Festival should have been its crowning glory but ended up being something of a damp squib. Both audience and band seemed restless throughout a fragmented set that focussed mainly on tracks from his latest album Transangelic Exodus. After a pre-set playlist of classic Doo Wop songs, Furman and band entered to Tchaikovsky’s Piano Concerto No. 1 and the drummer counted down an animated clock before a rousing organ-led ‘Cherry Lane’. 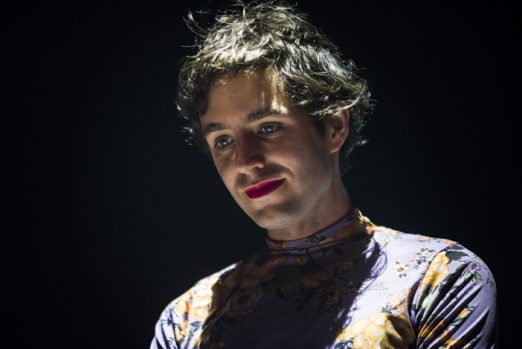 When talking about comparisons to Bruce Springsteen, but pointing out that The Boss never wrote angst songs about buying clothes, it was clear that his voice was not in the best shape. Nevertheless, ‘Maraschino-Red Dress $8.99 at Goodwill’ rocked along nicely with Clash-style guitar riffs. The organ gave ballad ‘Psalm 151’ a Muscle Shoals feel before Jorgen Jorgensen switched from bass to electric cello and was joined by a glockenspiel for ‘The Great Unknown’. Problems with the saxophone seemed to unsettle the band and an awkward pause disrupted the setlist but they continued with an 80s synth-heavy ‘Driving Down To LA’. 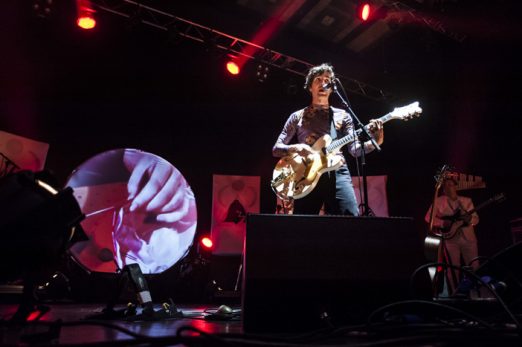 The harmonium sounding keyboard and close harmony backing vocals gave ‘Ordinary Life’ a churchy feel and this was followed by Furman hitting the nail on the head by saying that they “played a perfect show in Brighton in 2014 but that tonight was an old-style show where we fuck up everything”. That said, the sax problem was resolved and featured on ‘My Zero’ but only to sound like a muted foghorn. ‘I Lost My Innocence’ had a quirky, jaunty keyboard arrangement that was played out over old Super 8 home movies, after which Furman tellingly implored the crowd to “join the band to make it a good band”. Things improved greatly with the Rocky Horror ‘Timewarp’ feel of ‘Anything Can Happen’ which was a set highlight. A cover of Kate Bush’s ‘Hounds Of Love’ seemed to sit more comfortably with Furman than his own material but didn’t reach the heights of The Futureheads’ version. 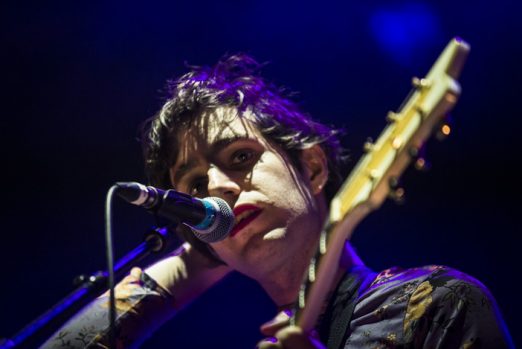 ‘Love You So Bad’ sounded great with short cello stabs and a rising vocal that built into a big “Wa Wa Wa” finale. There was more than a hint of Bob Dylan’s ‘Hurricane’ in ‘Suck The Blood From My Wound’ and this unusual show finished with a boisterous ‘Restless Year’.