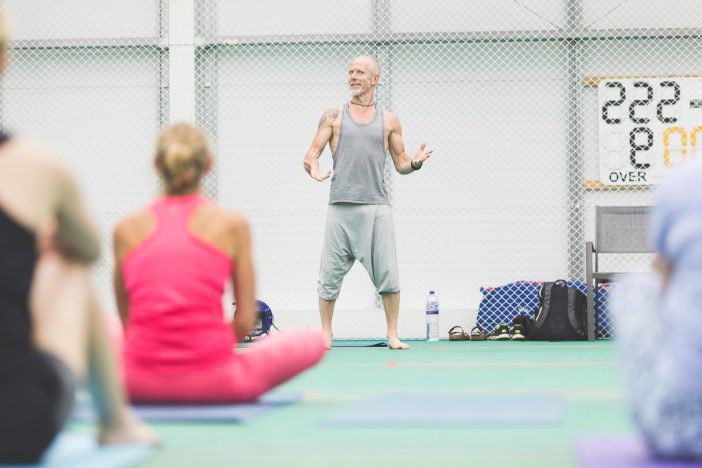 Among the many things Brighton has a lot of is yoga. Apparently more teachers per square metre than anywhere else in the UK. No surprise then that the city is home to the most exceptional annual event dedicated to the practice.

The Brighton Yoga Festival just keeps getting better. A very special program over two days included some of the biggest personalities in the field and covered an extremely broad range of topics. One of the critical factors that makes the event so different from similar ventures in other cities is the team that pull it all together. The Brighton Yoga Foundation is based on inclusivity, working throughout the year to break through the image of Yummie Mummies and expensive retreat centres that can put some people off joining in.

More of that later, first a little taste of the big event. Speakers from around the world gathered on the Sussex Cricket Ground in Hove. Divided into specific zones, with workshops and over 100 free classes spread between the cool club rooms and a scattering of tents and the lush grass of the pitch, lycra and bamboo-clad enthusiasts and the generally ‘yoga-curious’ took over the sports ground for the whole weekend to roll, breathe, strengthen and lengthen in the glorious sunshine. 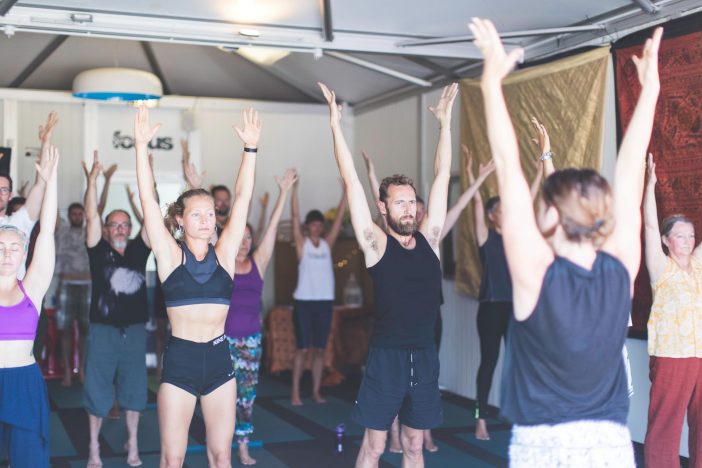 Mark Freeth of The Freestyle Yoga Project explained why he brings his unique movement-based workshop back year after year as we chat in the sun eating Indian street food from the Ahimsa pop up cafe, “This is a great one. I’ve done the Yoga Show in London and Manchester and they tend to be more like a ‘cattle-market’, the same old same old. But this is something different. It’s Brighton so it’s cool, it’s funky, it has a great vibe. It’s more grass roots and I love the passion the team puts in.”

As ever, there’s a high priority on those who are just starting their yoga journey. While this event is rapidly becoming a must for senior and experienced practitioners, who packed out sessions from Esther Ekhart and Ashtanga-master Kristina Karitinou-Ireland, there is always plenty for the less experienced yogi to do. Literally 100 classes are available, from laughing yoga to fundamental hatha, and all for free so plenty of ‘normals’ were making the most of things among the hard-bodied super-humans of the yoga elite.

And that’s what it is all about really. Event founder, Davy Jones, couldn’t agree more when we sat down with him after the closing Kirtan (a nice sort of musical meditation) on Sunday. “I remember my first class and I felt very, very nervous about it. 90% of the people here are yogis, let’s be honest. But it’s that other 10% I am really excited about. But you can’t expect all the people you want to reach to come, that’s why our outreach is so important.”

By ‘outreach’ Jones refers to the charity’s commitment to bringing ‘the gift of yoga’ to sections of the community that might not naturally gravitate towards classes, and to supporting teaching practioners in the city. Throughout the year the Brighton Yoga Foundation provide workshops and classes for groups such as the homeless, LGBT, teenagers in East Brighton, women accessing the services of groups for victims of abuse. They even recently became involved in a project to bring together the very elderly and very young. “That one is very special,” says Davy, “It’s proving very beneficial to everyone involved.” 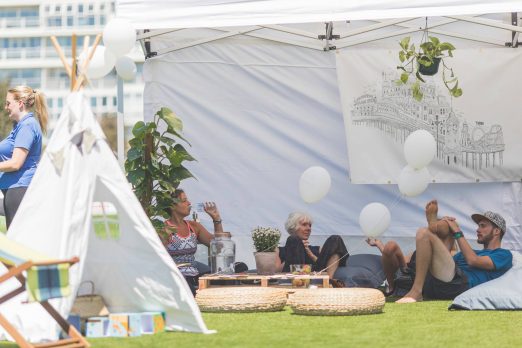 You know what? Next year SOURCE might even put her leggings on and get involved. In the mean time if you would like to support the work of the foundation in spreading the gift of yoga, you can contribute to their fundraiser.