Street Source No.26 – The World Cup

Street Source is a regular feature showcasing photos taken in Brighton. The idea is to share spontaneous moments around town – be it incidental street scenes, snapshots of people’s lives or images of the city as a landscape. Each month we ask a different photographer to participate.

This time, Pete Boyd turned his camera on the World Cup crowds… 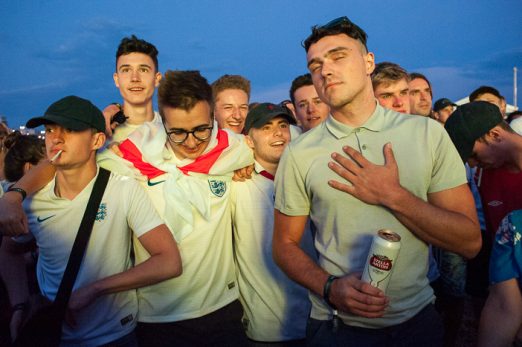 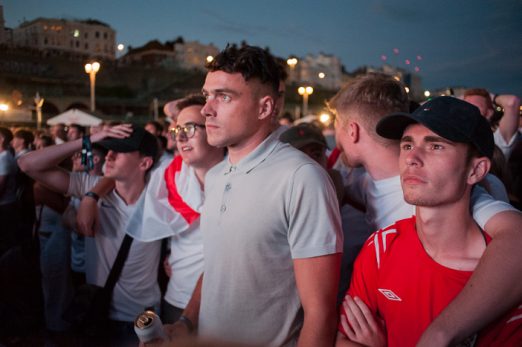 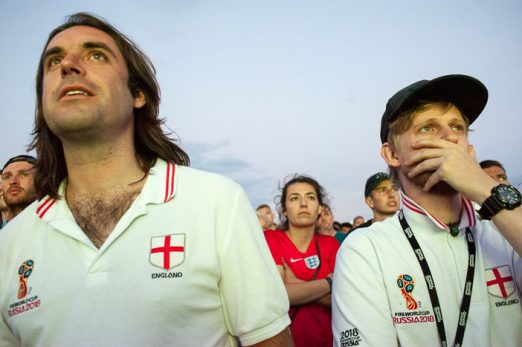 These photographs are concerned with devoted football fans and their experiences at football matches. They show the seriousness with which the game is taken, the breadth and depth of emotions experienced, between jubilation and despair. They show people joined together in song, chant and embrace, with an intensity of camaraderie unusual elsewhere in British life. 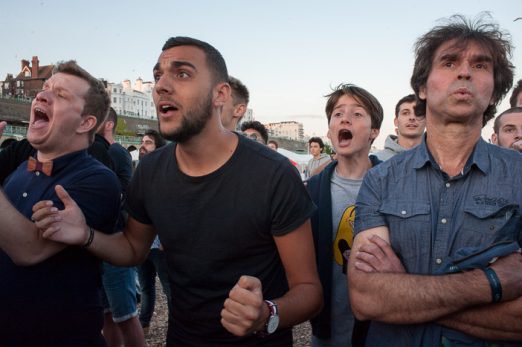 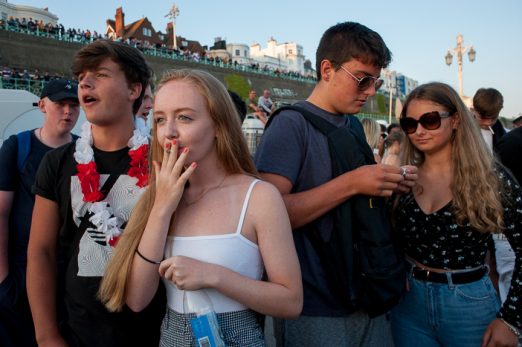 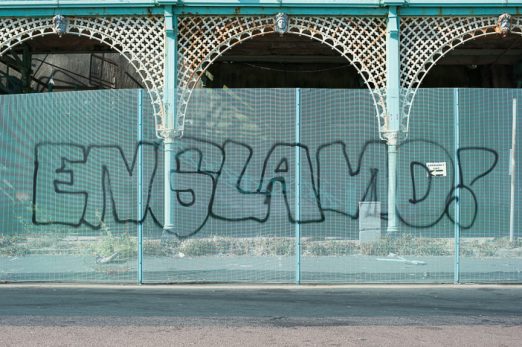 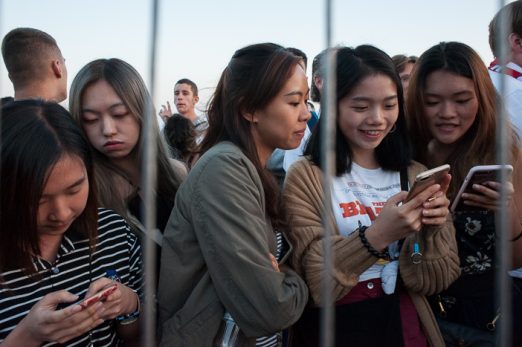 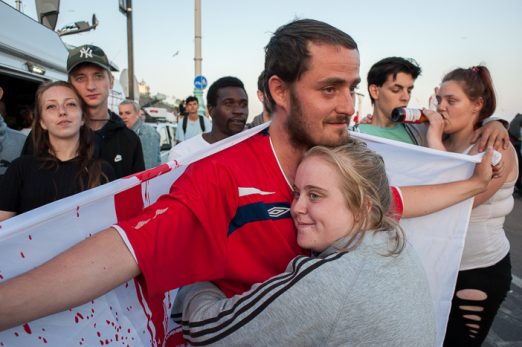 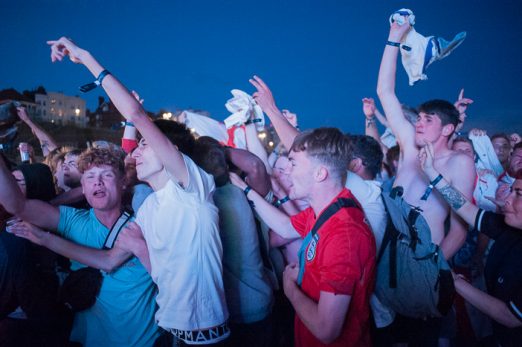 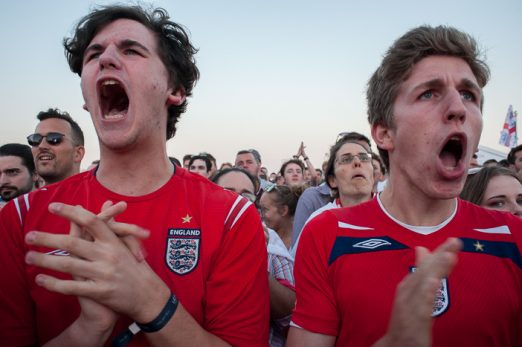 Tiers of people gathered to watch the Croatia game from outside the beach enclosure. High up on Marine Parade a crowd lined the railings. Others had climbed up onto the crumbling and closed off Madeira Terraces below. And on the ground, Madeira Drive was blocked with people, and scattered parked cars, people sat on top of them. There were a myriad of Brighton’s communities and age groups enjoying the party atmosphere together. 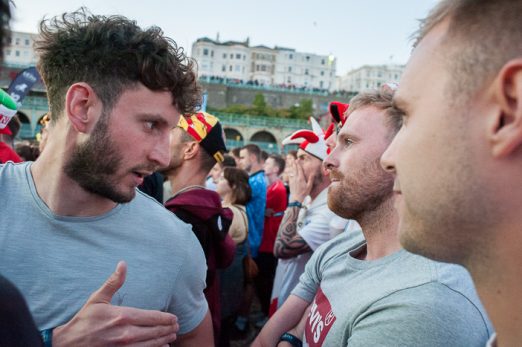 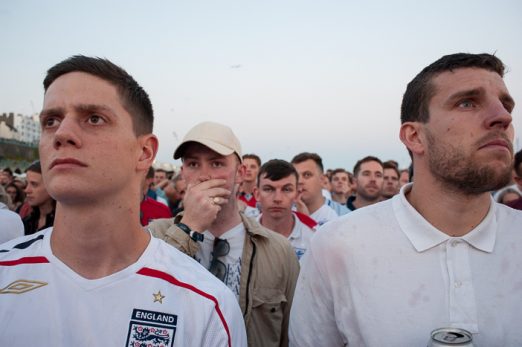 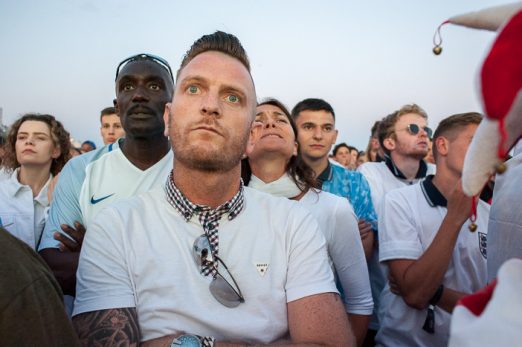 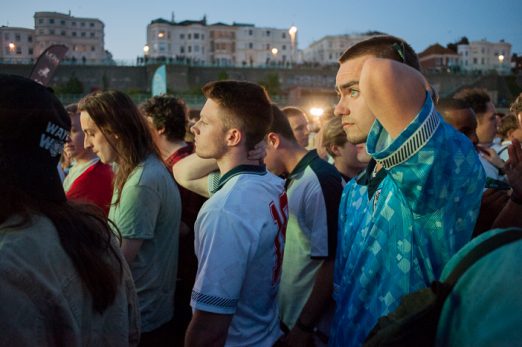 Inside the densely packed enclosure, the fans were jubilant for much of the final match after England scored in the first five minutes. However, the game again went into extra time before Croatia beat England. It was an abrupt and emotional ending for many. 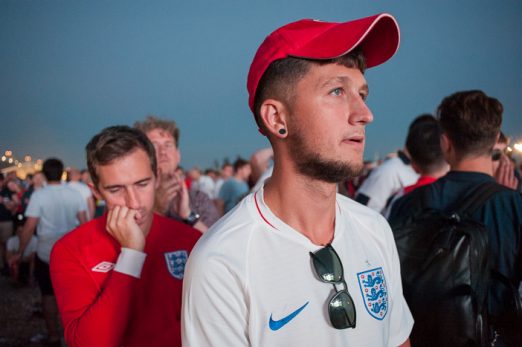 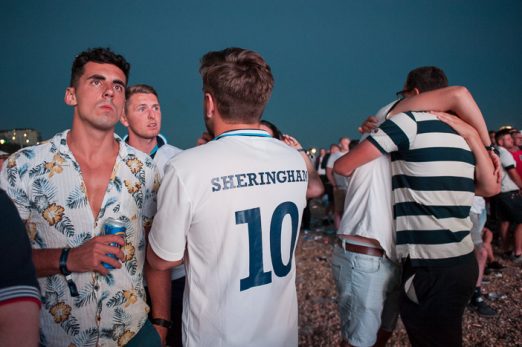 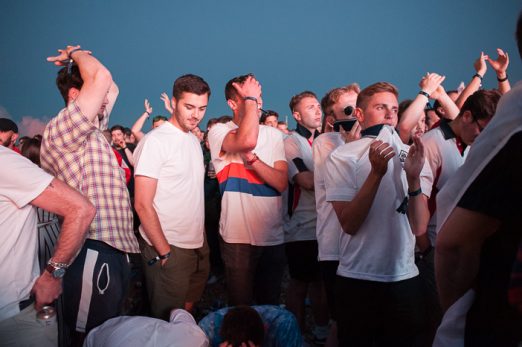 Words and photos by Pete Boyd

Sometimes an article is a bit of a team effort, and those are tagged SOURCE Writers. If you’d like to be part of that team, hit the Contact link at the top and get your work on this website.
← PREVIOUS POST
Brighton Yoga Festival 2018 Review
NEXT POST →
Burt Bacharach Review
Mailing List
Recent Posts
Website developed in Brighton by Infobo
Copyright © Brighton Source 2009-2021
Street Source No.26 - The World Cup - Brighton Source