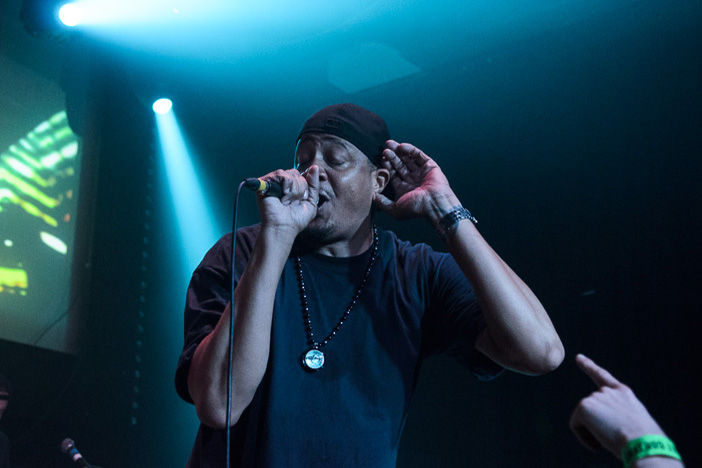 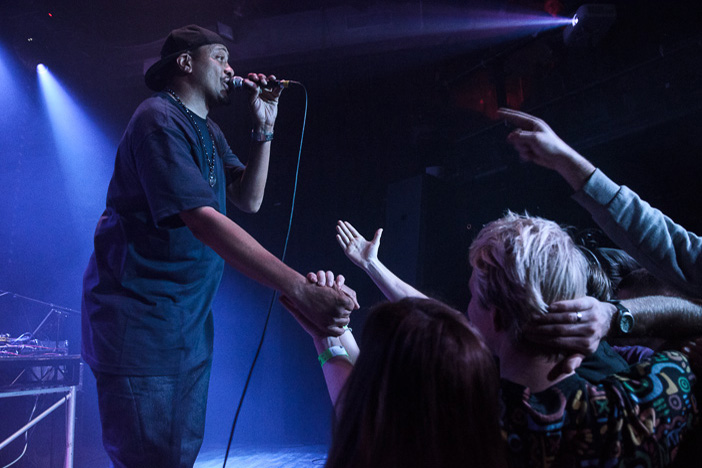 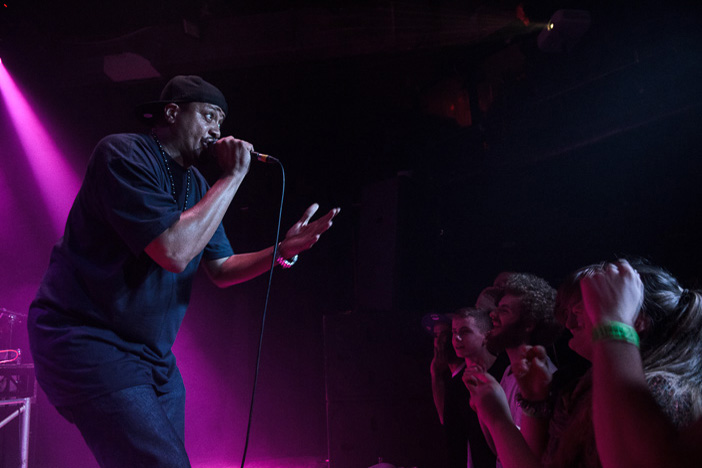 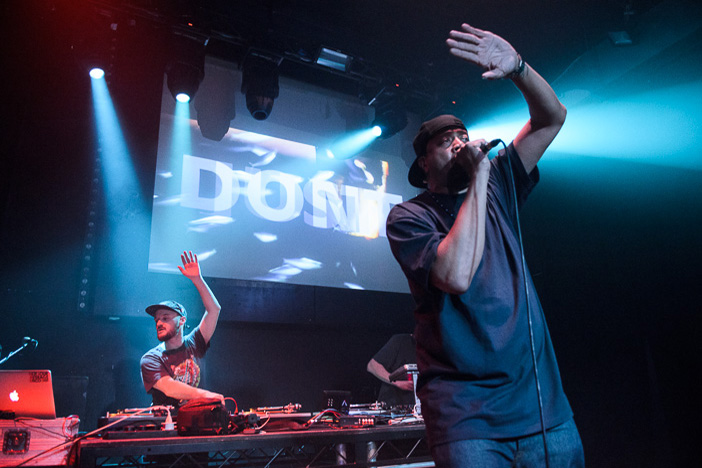 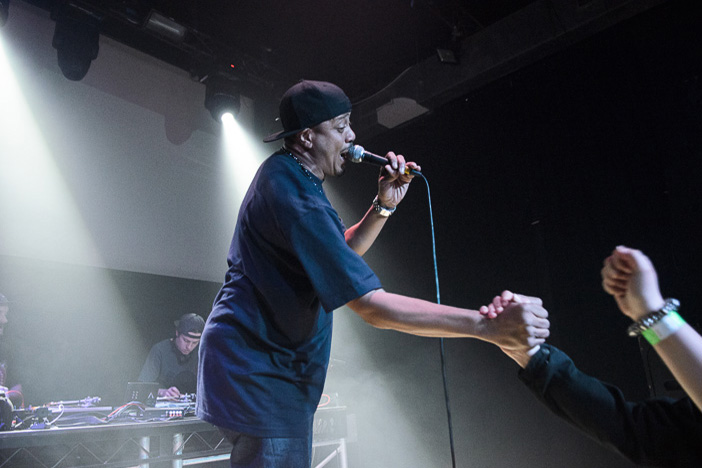 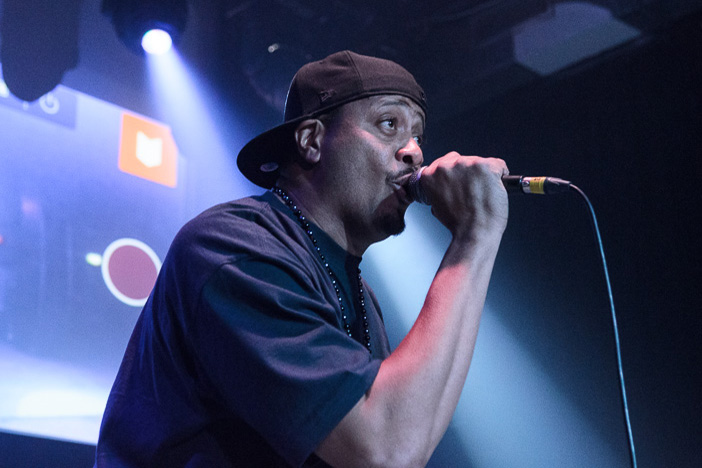 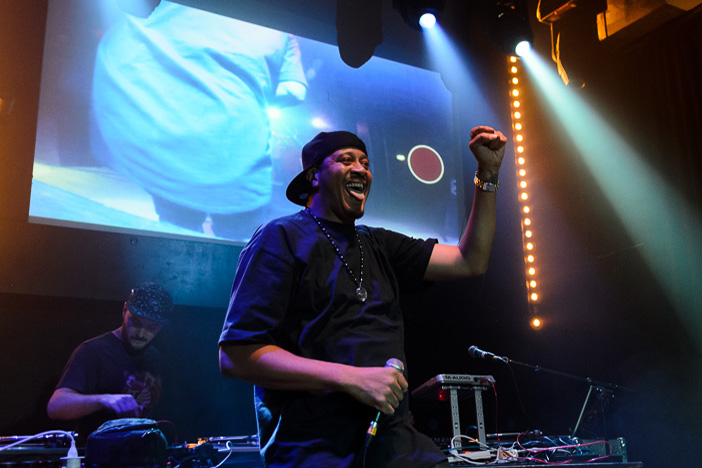 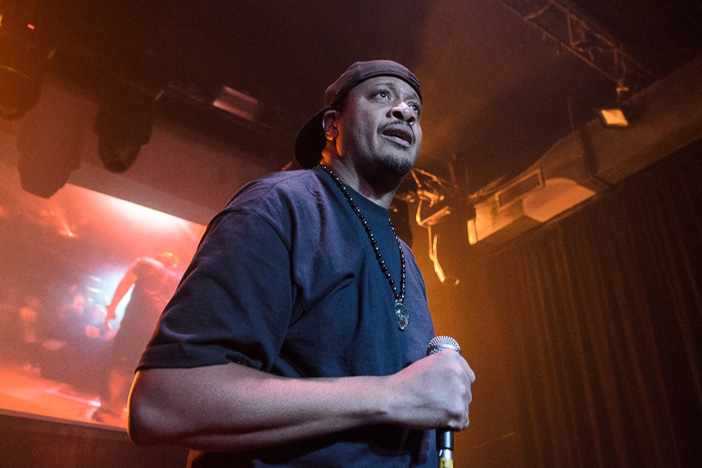 Chali 2na is one of the founding members of the hip hop crew Jurassic 5. For us their albums are synonymous with the onset of summer and sunshine – and as it’s January we welcomed the opportunity to be reminded of warmer times.

Joining him on this tour is Canadian duo The Funk Hunters. During their set the stage at The Haunt is laid out with an impressive array of turntables, samplers and laptops. As they kick things off with a blast of bass-heavy funk, colourful bright images with animated videos are projected on to the two large screens above them.

With a huge smile on his face that stays with him the whole night, Chali 2na is clearly enjoying himself and there’s certainly a lot of love for him in the crowd. His solo work crosses over funk and hip hop and his distinctive deep voice and rhythm shines on tracks like ‘Comin Thru’.

Regularly engaging with the crowd between tracks, he then steps to the side to let The Funk Hunters take the reins and throw down a mix. They venture into dance music from across the board including elements of funk, disco, soul, trap and hip hop while Chali 2na can be seen dancing on stage, pointing out and grinning at members of the crowd.

He rounds off the set by dipping into some of Jurassic 5’s classics from ‘Quality Control’ and ‘Power In Numbers’ which are gratefully received by a crowd littered with J5 T-shirts. As a finale he asks if people in Brighton like jungle and drum and bass – and we certainly do.

However there’s a slight misstep when the music that follows is neither, but this is quickly corrected when Chali 2na raps double-time over some drum and bass with a calm confidence and diction very few hip hop MCs could pull off. The show ends with cheers from the crowd and many handshakes from the front row as he steps down to meet and greet his fans.

Mike is an experienced live music photographer whose work has appeared in The Guardian, The Telegraph, The Spectator and Uncut Magazine. He's been going to gigs for 20 years, expect to find him shooting and writing about rock, hip hop and late night electronic music.
← PREVIOUS POST
Little Way festival, Saturday 27th February
NEXT POST →
Eddie Goatman, Unsung Hero No.54