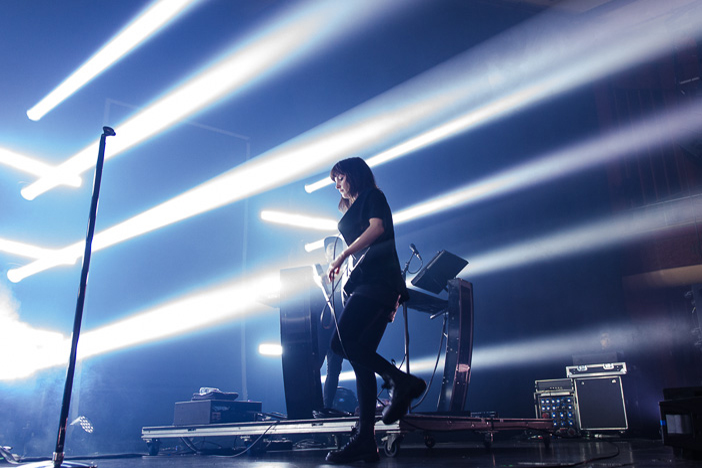 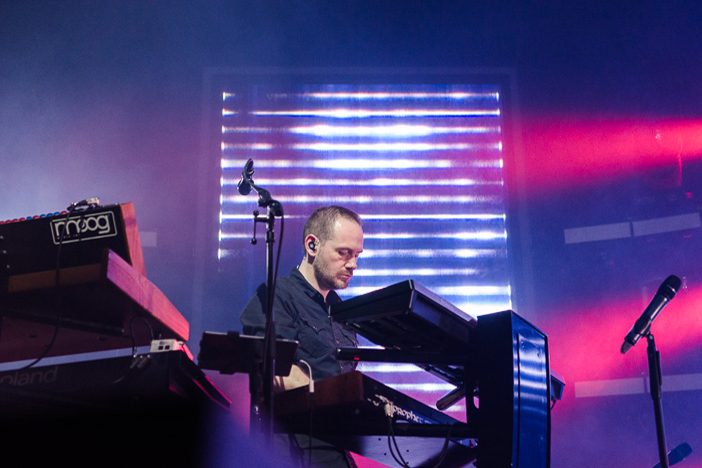 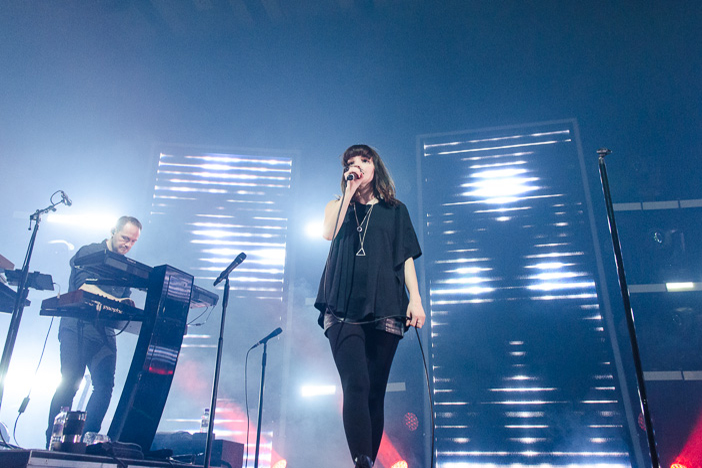 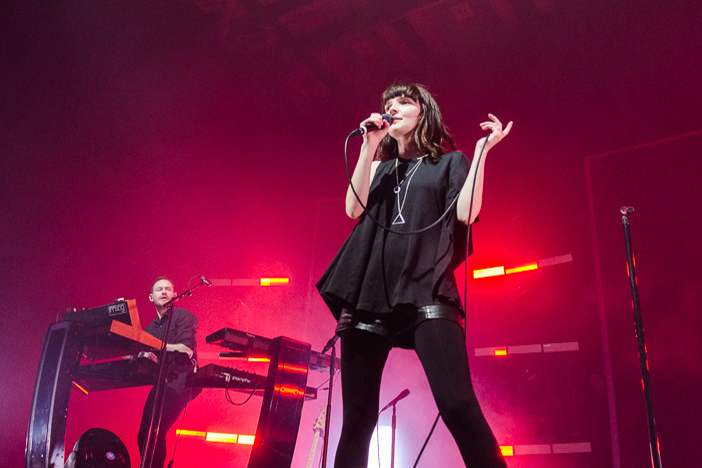 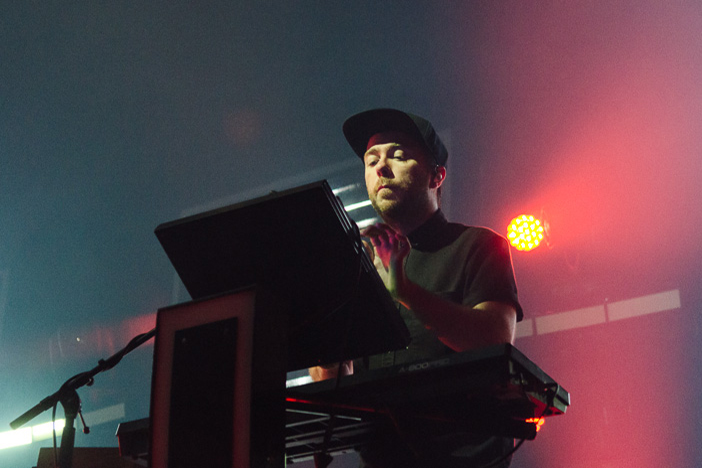 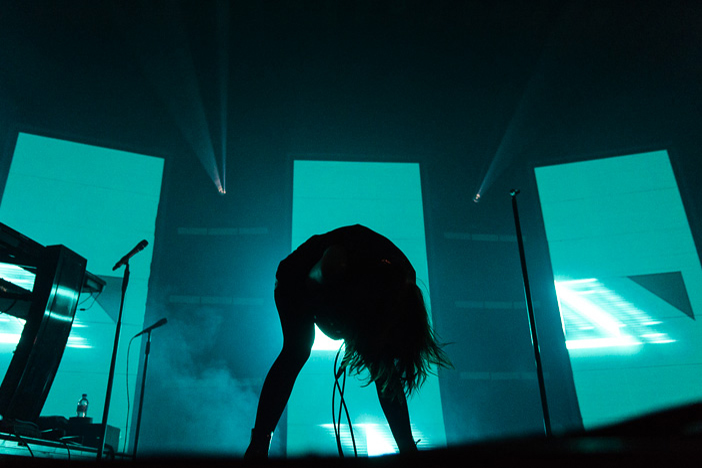 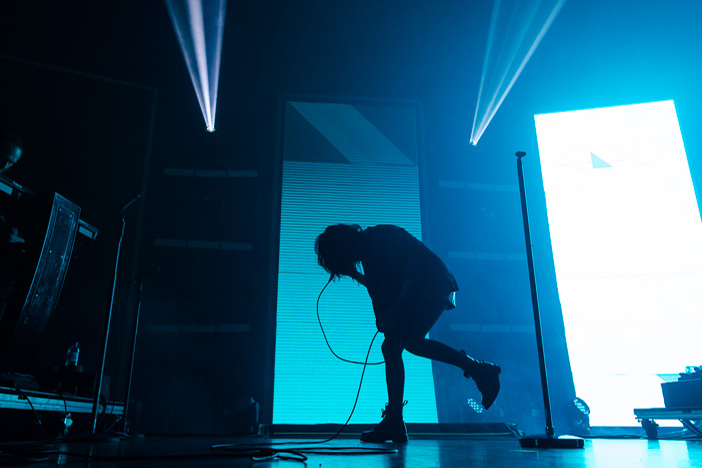 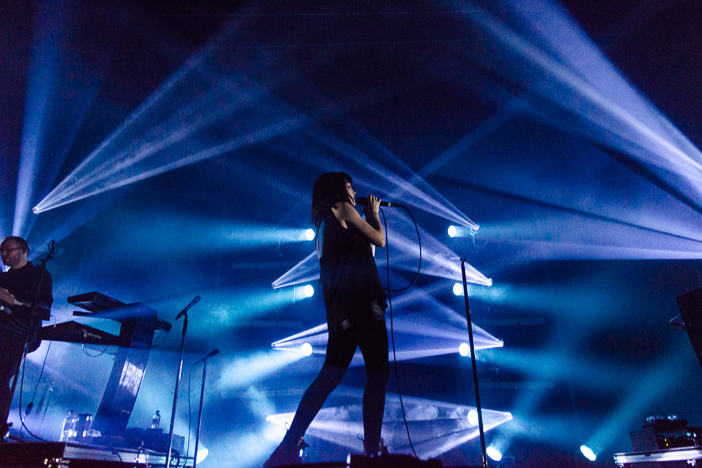 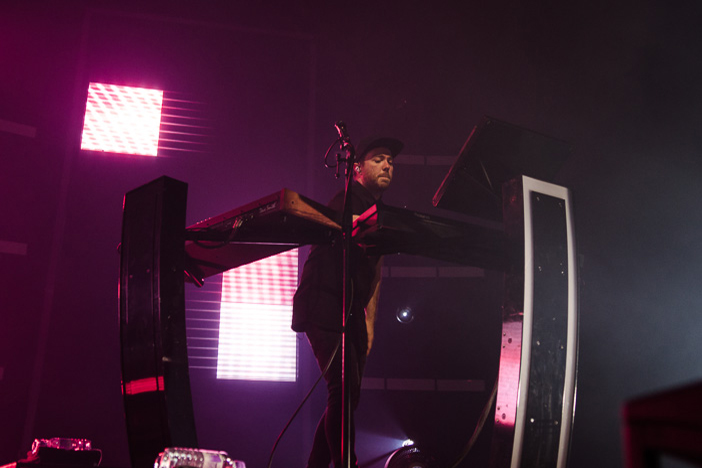 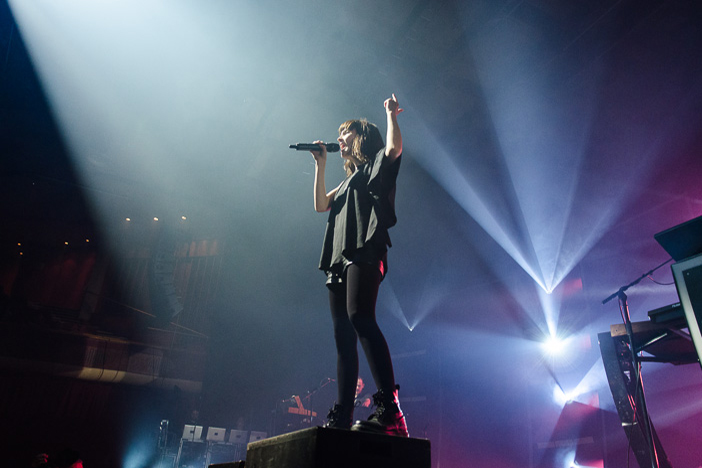 The day after this gig, a curiously spiky review, almost entirely lacking in reason, was published in the Guardian. Critics are an exponentially more maligned breed, but the main accusations of the writer’s experience – that Chvrches essentially create pop, and are nice – seemed strange things to berate the band for. Visit any city on any night to pick from umpteen bland, excruciatingly edge-free tours, offensively polite, soundtracking adverts.

These Glaswegians might not be about to break out the saxophones and rework Terry Riley’s oeuvre for the benefit of the Dome tonight, but their super-powered synth-pop and bangers for the terminally shy are not to be taken for granted. Nor are they really comparable to much of the retro-chasing banality circumnavigating the fairly characterless mainstream electro-dance landscape. Even when Chvrches take a bullseye aim at the 80s – a huge pleasure of ‘Clearest Blue’, alongside its pure rave hyperactivity, is being duped into dancing to a slotted-in reprise of ‘Just Can’t Get Enough’ – theirs is a sound which slides along the narrow rail of currentness and sounds nothing like anyone else is trying to do right now. That might be a perilous, perishable position to be in if they didn’t have so many hefty emo hooks, big keys and brutal rock chords quarrelling adjacently.

There is an unpredictable, slightly fragile alchemy between the three band members, likely achieved through their experience. On either side, the synth-hitters, Iain Cook and Martin Doherty, both have histories in musicianship and production, while Lauren Mayberry, the icily-voiced singer with a past in indie bands and an unstylised stage presence, is understated, lost in her lyrics. On ‘Tether’, from their often-funereal debut, ‘The Bones Of What You Believe’, Mayberry’s body hits a kinetic synthesis with the blizzard of crashing beats and synths, a connection which makes sense considering she used to be a drummer.

When Gary Numan brought battering guitars to the Dome and silhouetted around the stage, or Crystal Castles performed to a cry of keyboard chip sounds under the same kind of glacial lights tripping out the amphitheatre tonight, they felt coldly alien. Chvrches summon the same scariness, emerging from the darkness, armed with decapitating beats. But they’re completely earthly and demonstrably pleased to be here. They wear their hearts on their sleeves too much for extended detachment. When Mayberry sings with widescreen heartache, on ‘Never Ending Circles’, her pain rings out, and dancing suddenly becomes the most direct emotional remedy.