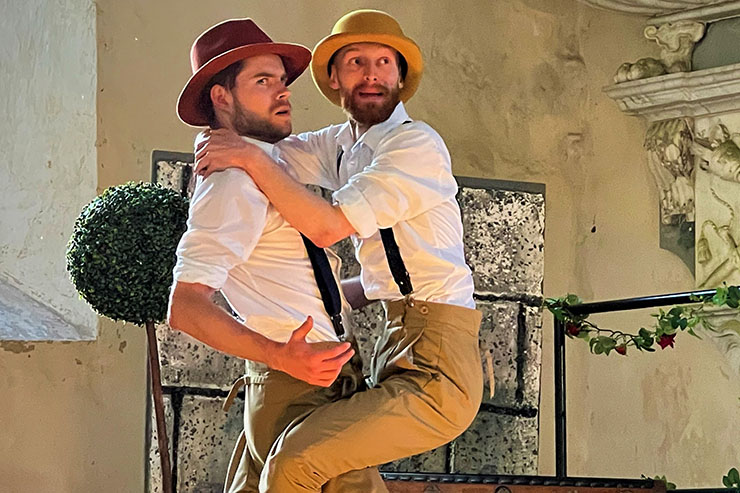 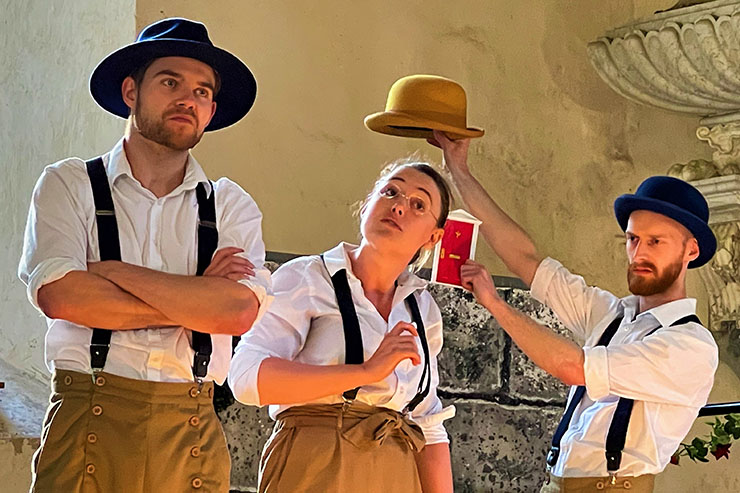 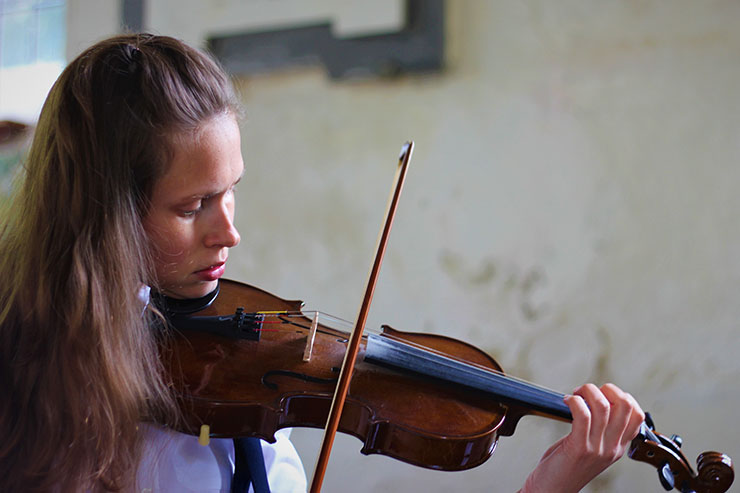 Comedy of Errors at Brighton Fringe

The old Bard from Stratford-upon-Avon (aka Will Shakespeare) is not going out of fashion either in the festival or the fringe. He continues to have his dramas adapted and re-interpreted. But his plays, because they dig deep into the psyche, are likely to be around for a few centuries yet. Greed and love, wisdom and stupidity – not to mention humour – don’t show any signs of disappearing soon.

‘Comedy of Errors’ – one of Will’s shortest, silliest and most ridiculous plays – has heaps of all those ingredients. It does exactly what it says on the tin. The play is a complete farce from start to end. That’s the point. The characters are in disguise, they mis-recognise each other, act outside their proper role and upset the status quo. Two women are dressed up as men. “Which one is your husband?” A couple of identical twins don’t make things any easier.

Someone has had £1,000 stolen from their bag. A lunatic man runs back and forth on stage like, well, a madman. “He did my ring take!” It’s like West Street on a Saturday night. “Man! But where’s the money?” There’s a crazy fight. The police lead away a man in handcuffs. A woman thinks her bloke is looking rather fiery about matters. Perhaps he’s getting forgetful. “Oh husband! You dined at home.” She has to remind him: “I sent money to redeem you,” she says. He still looks blank.

The four performers, replete in black Doc Martens, denote their rapid change of roles by sticking a hat on their head, addressing the other character, taking it off and replying to themselves. Got it? No? That’s the point. As the action speeds up, the hat changing begins to look like a TK Max store on Black Friday. The audience crack up!

As a locally-based touring company, This Is My Theatre have a knack for stripping a play down to the basics and bringing along all the tasty ingredients in the picnic basket. They’ve become experts at
adapting huge plays with a handful of actors playing multiple roles with a minimum of props. This production at the Preston Old Church – a five minute walk from Preston Park – was no exception.

This is a gem of a production that perhaps gets lost amid the weekends of frantic fringe and festival events in the centre of town. Nevertheless, Sarah Slator (artistic director), Ethan Taylor (associate director) and Simon Stallard (artistic director) have again created energetic, ingenious and thoughtful drama. The subtle acoustic sounds, with gentle plucks and strokes on the banjo, provided sanity and calmness amid the mayhem of misplaced identity. Hats off to them!

Preston Old Church, Friday 20th May 2022
Photos by This Is My Theatre

Mike lives in Brighton. This is a full time occupation. He's also a researcher, writer and activist. Any time left over he spends hanging around cafes and pubs listening to people on their phones. He loves theatre that pokes into difficult places. You won't find him on Facebook.
← PREVIOUS POST
Cluedo Review
NEXT POST →
Jim White, Wednesday 22nd June
Mailing List
Recent Posts
Website developed in Brighton by Infobo
Copyright © Brighton Source 2009-2021
Comedy of Errors at Brighton Fringe - Brighton Source