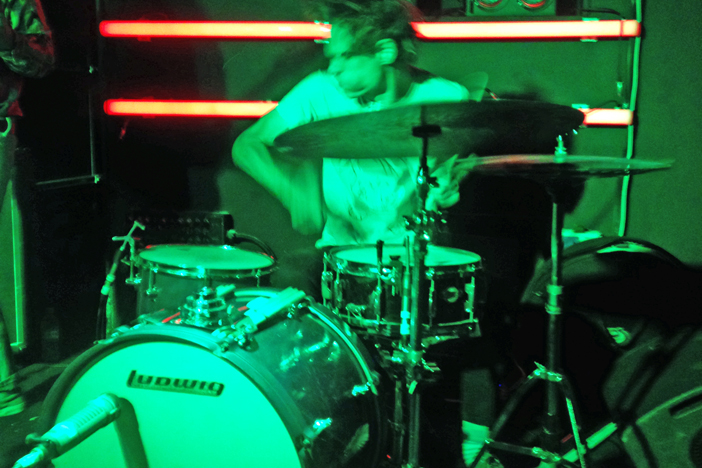 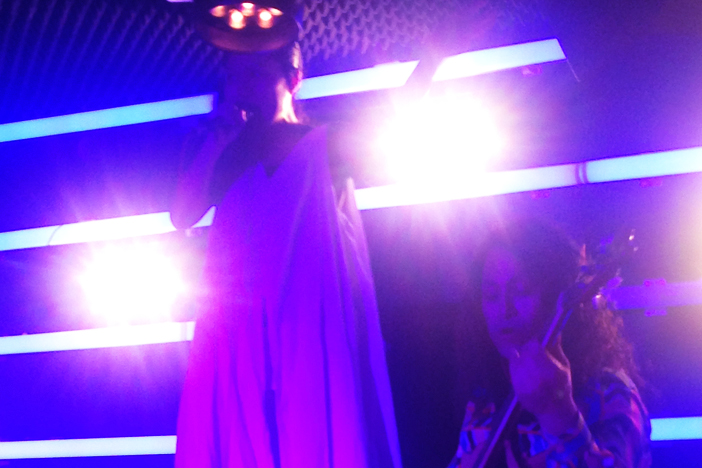 Greg Saunier, the founder of Deerhoof and one of the indie world’s most admired percussionists, is a man whose core skill never gets old to watch. His great thrashing spasms at the drums make it seem a wonder his head stays on, let alone the cymbals trembling beneath his crashing.

Now on their 12th album, last August’s ‘La Isla Bonita’, Deerhoof neither physically nor creatively ever leave the call of invention unanswered, and their well overdue return to Brighton is a coup for promoters Be Nothing, as well as a humdinger in a home as small as Patterns. That the group has chosen fellow punk scruffs Cowtown for support – a Leeds gang with a symbiotic love for Brighton, travelling with taut, Gang Of Four-style spikes seemingly scratching along a surfboard – can only be a boon for the fans of weird rock experimentalism who line the room.

The headliners win best wardrobe through singer Satomi Matsuzaki’s magnificent get-up: playing a lollipop red guitar, what looks like a purple jumpsuit is crested with white, yellow and blue arrows, adding to the superhuman spacewoman aura of her robust-yet-floaty vocals and cooed staccato. At one early interlude, they create rhythm out of a rattle from Saunier, a few echoey string notes and the odd judiciously-placed bass pluck.

Saunier is notorious for his rhapsodic monologues between songs – a master of the comic pause in a universe of excessive bluster. Via a meandering account of the improbable and bizarre, he lengthily lionises their driver, Jacob, who apparently saved a lost suitcase of their merchandise by calling the mud splattered festival they just played to arrange a pick up in north London. Sometimes he howls into the mic – matching Matsuzaki’s fierceness to achieve a typically curious harmony – while swirls of reverb hang in the air like plumes.

Arguably the most striking thing is how, 20 years in, they still look like they’re having an extended jazz-grunge jam, throwing all their collective talent into the air and seeing what materialises, majestic at deconstructing rock music while looking for all the world like they are loafing around in slippers.

Matsuzaki, by way of encore, wants to see faces for a distinctly animalistic ending. The lights are duly turned up for the bonkers ‘Panda Panda Panda’ and ‘Come See The Duck’, which begins with some neat guitar scuzz and ends abruptly, the title line unfinished. Loose ends, mystery and a wobbling drum kit reside in Deerhoof’s wake.