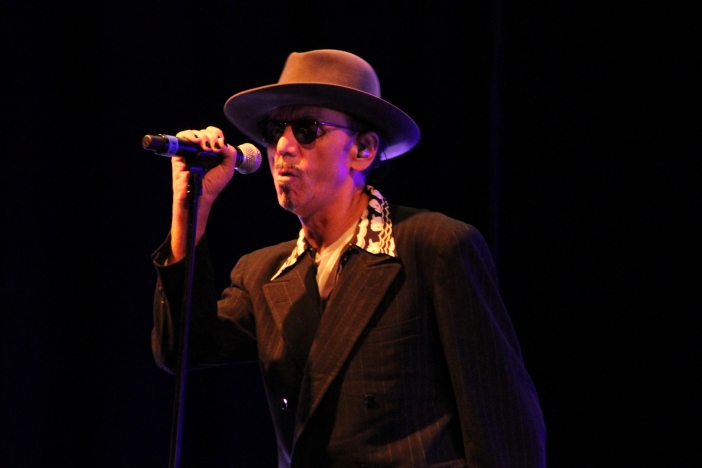 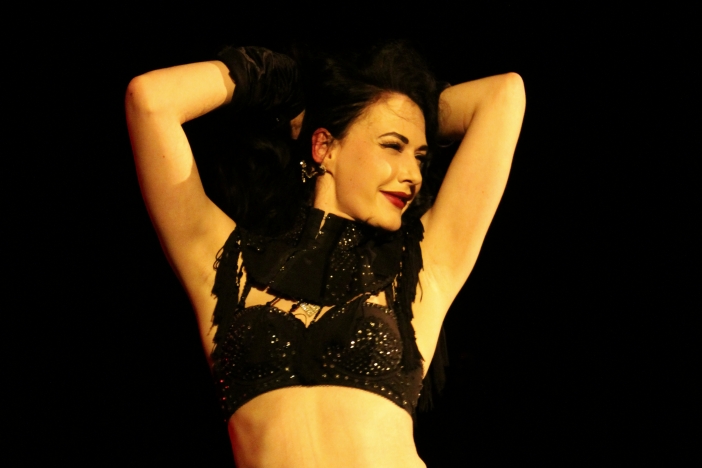 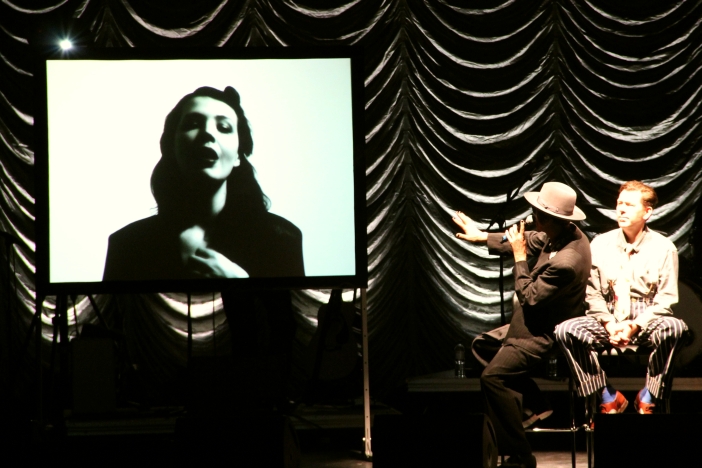 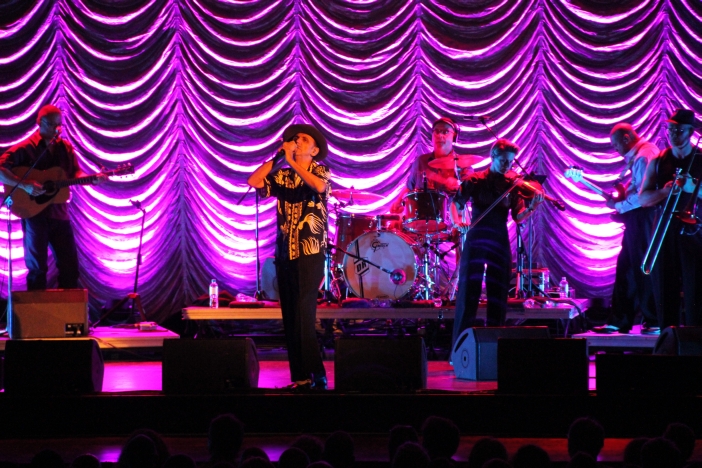 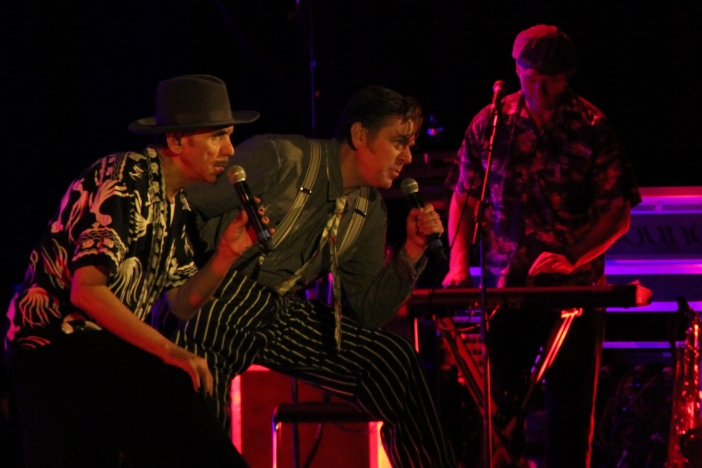 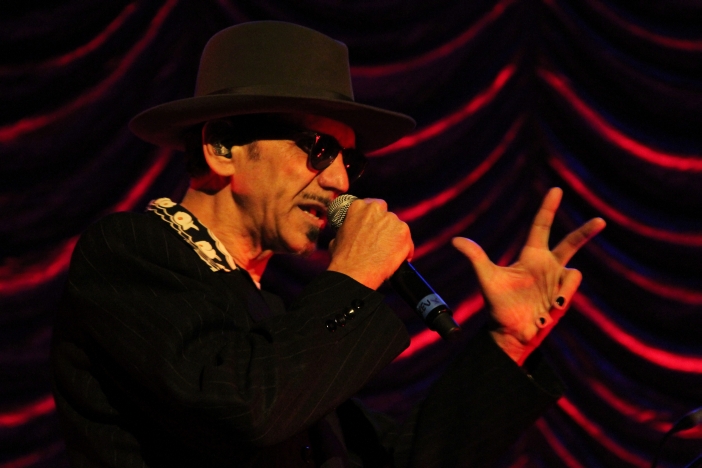 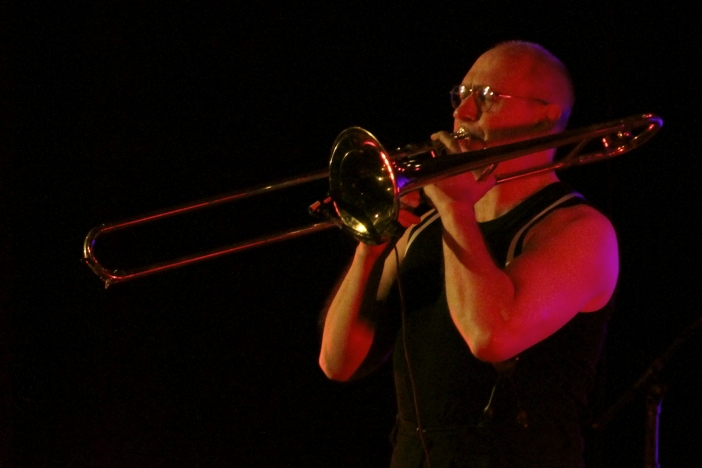 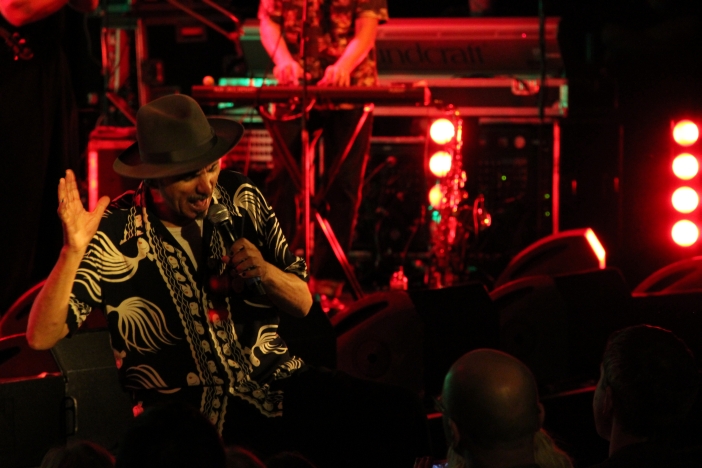 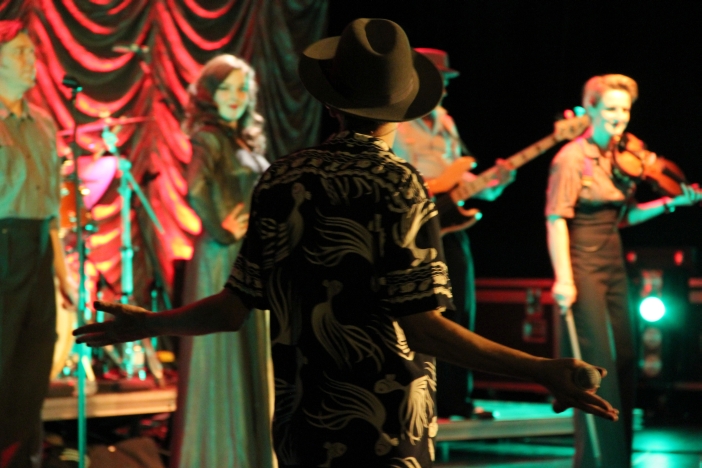 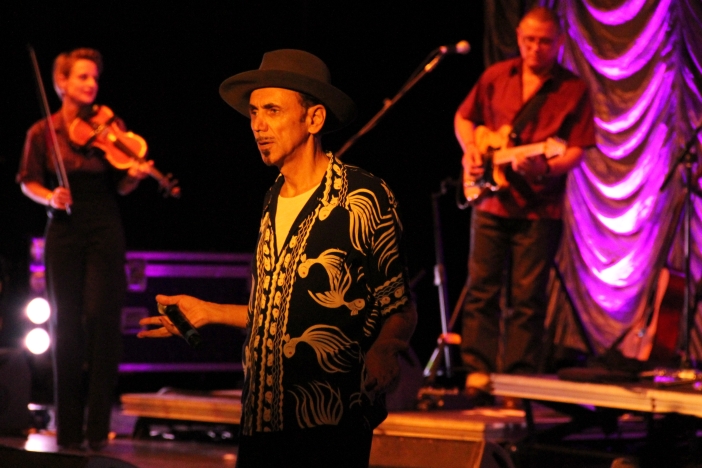 More scholarly SOURCE readers might well know of one that comes close, but you can bet there isn’t a character in the entire works of Shakespeare that can match the one depicted on stage tonight by Kevin Rowland. Dressed, along with his band, like the cast of Bugsy Malone in comfortable middle age, the ten-piece perform their entire new album, ‘One Day I’m Going To Soar’ for a devastating first half.

Tonight is truly about theatrics, a journey even, as the album would dictate. Rowland’s character flirts, dreams of, woos and then dumps his beau – the formidable, flamenco-esque Madeleine Hyland – often pacing the stage with his cohort Pete Williams, deriding and confiding in him in equal measure, bantering hilariously, then doubting his own decisions.

The highpoints are numerous and dizzying: Hyland, after being dropped during ‘Incapable Of Love’, runs to the front row to steal an audience member’s drink to calm her nerves to mass applause; Rowland, solo for ‘Nowhere Is Home’, turning in one of the vocal performances of the night; an extended and not unexpected ‘Come On Eileen’, comfortably buried mid-way through the first encore; Mick Talbot, returning on keyboards, ever-reliable stage left; but so much more besides – the spectacle, the widescreen vision of one man, confused, self loathing and enduring, even in his downtime.

For the finale, Rowland and Williams gather centre stage, and after a few spoken lines, the audience clocks what’s coming next – the peak of 1985’s ‘Don’t Stand Me Down’ – ‘This Is What She’s Like’. “Kev, I was just wondering – what’s she like?”, Williams enquires, and the cheer that erupts before Rowland replies is one befitting a guitar riff at the start of smash hit single.

Here was a celebration of songs written with heart, performed with a lightness, seemingly off the cuff (although the choreography alone betrayed sophisticated pre-planning). Dexys transport their audiences to wherever artistic or personal whimsy takes them, and 99.95% of the time, these places are well worth a visit – often you wish you could stay.

Jake has written about music for yonks and once wrote a book on Joy Division’s Unknown Pleasures. He's contributed to The Guardian, NME, Metal Hammer, Record Collector, Nuts and The Angler’s Mail, among others.
← PREVIOUS POST
Motion City Soundtrack Review
NEXT POST →
Dying Fetus Review