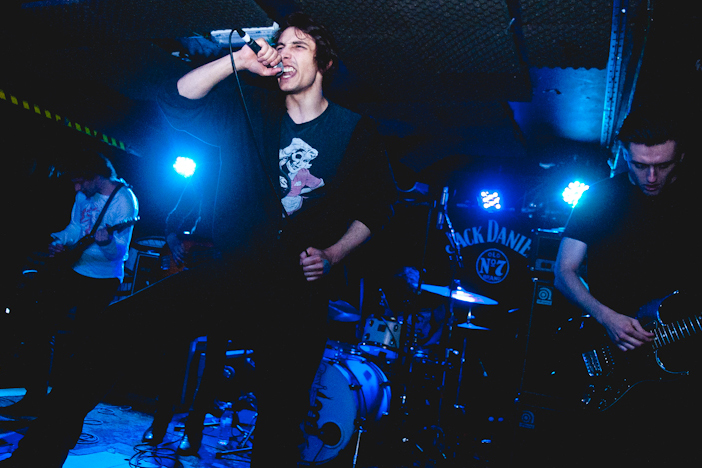 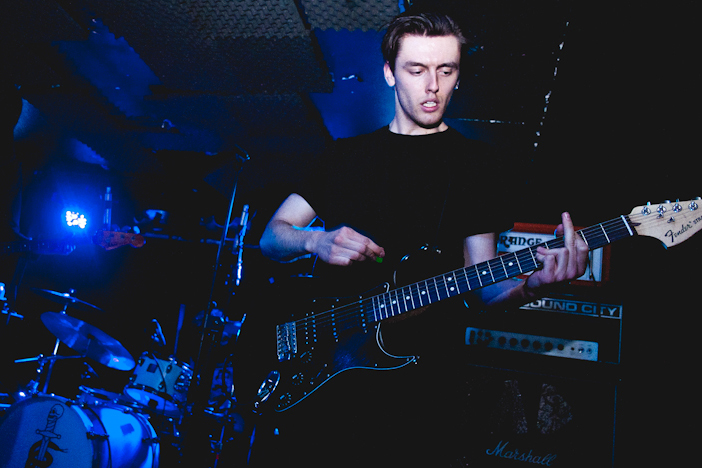 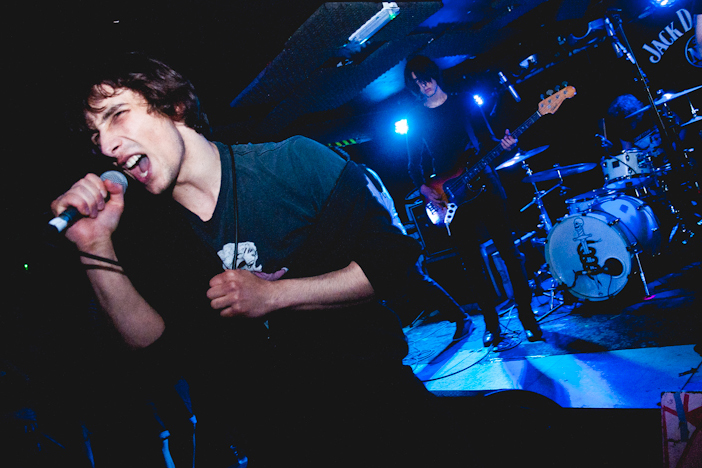 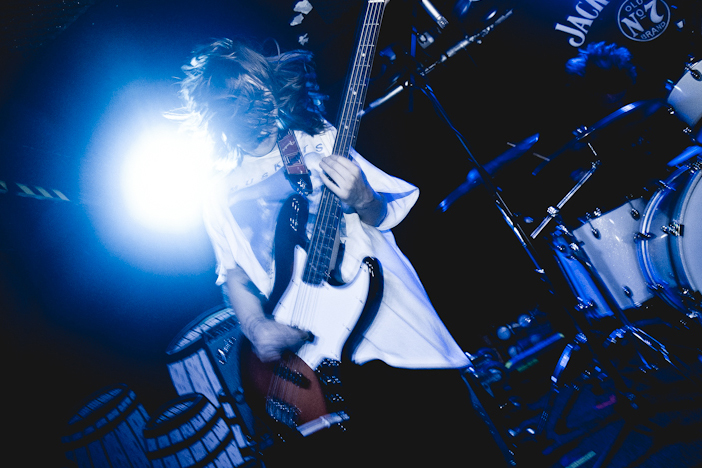 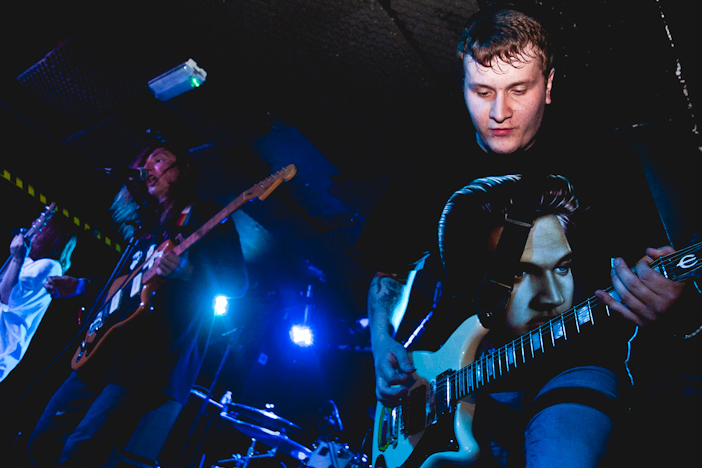 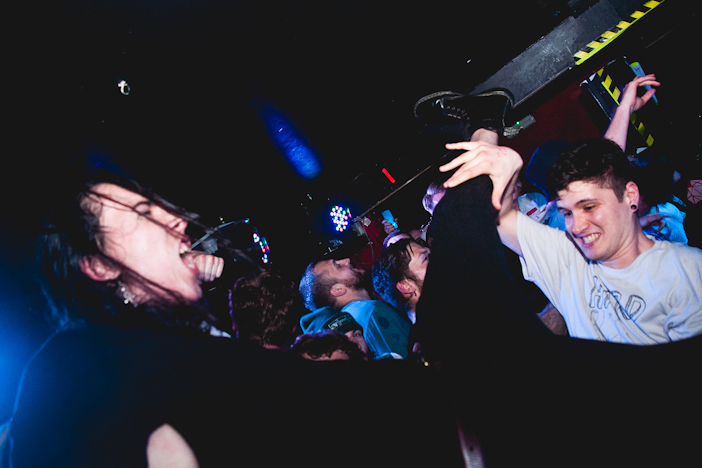 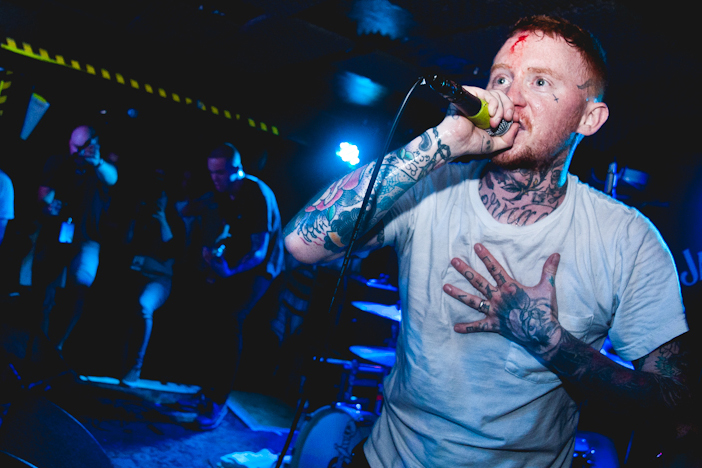 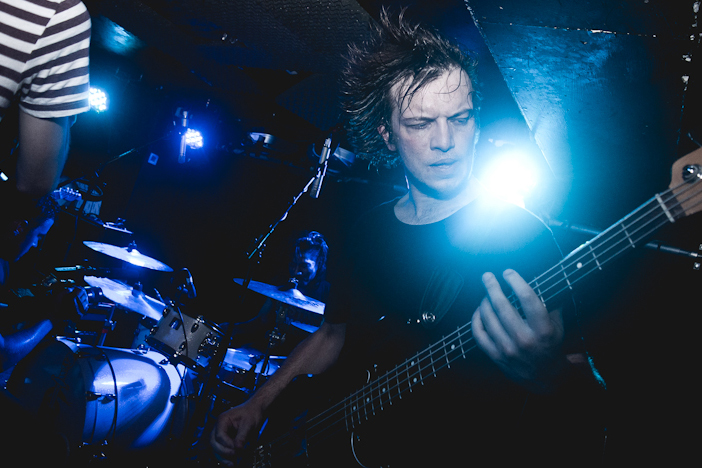 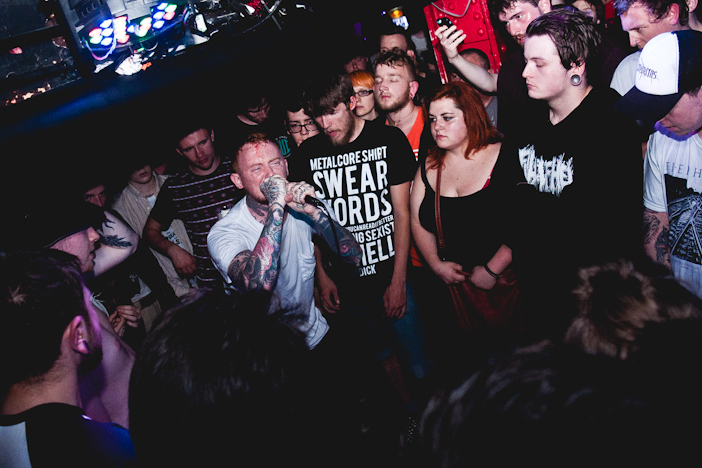 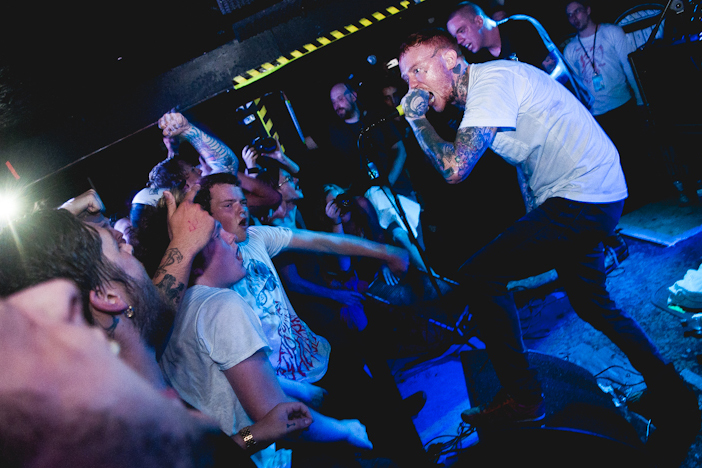 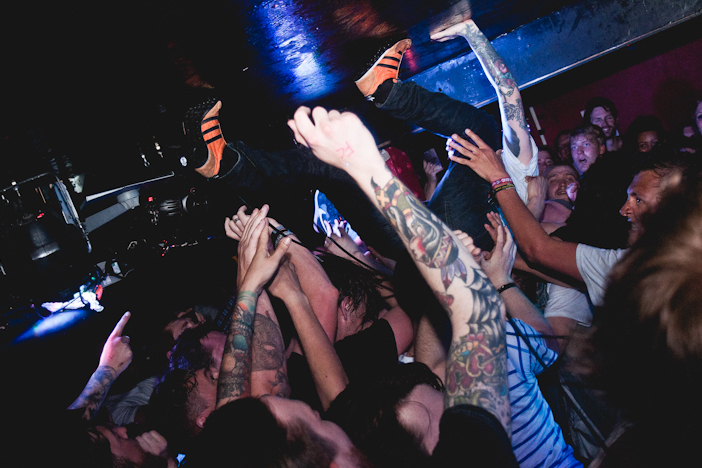 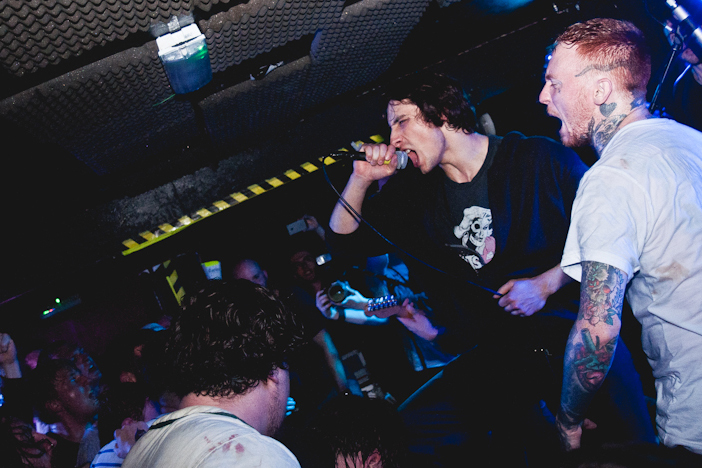 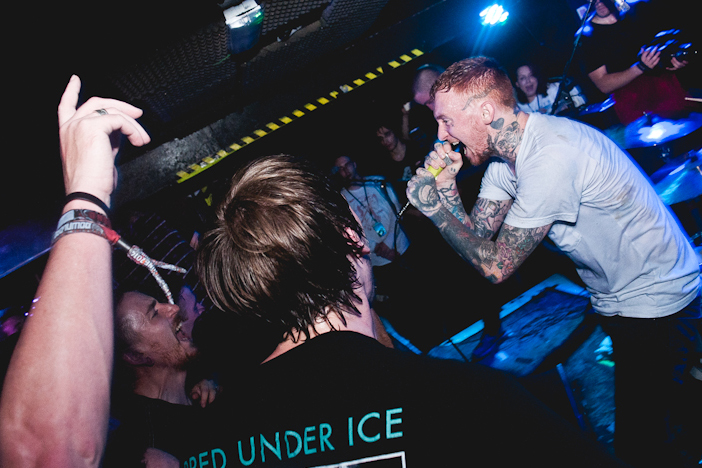 Frank Carter And The Rattlesnakes Review

Wherever Frank Carter (ex-Gallows, Pure Love) goes you’re pretty much assured to be battered and bruised by the end of the night. So when the news came that he was making his comeback with Frank Carter & The Rattlesnakes and was coming down to Brighton along with two of the UK’s hottest up and comers for the last day of their UK tour, we couldn’t miss it.

Grunge boys Loom played a solid and somewhat reckless set to get the ball rolling, with frontman Tarik Badwan (brother of Horrors frontman Faris Badwan) taking it upon himself to get people moving, even if it was to dodge him as he threw himself off stage, darted through and shoved the crowd. Leaving an impression (and a few wounds here and there) with a selection of tracks fuelled by hate and dripping with emotion, even going as far as to take a swing at GG Allin’s ‘Bite It You Scum’.

Youthful punk unit Milk Teeth rack up the distortion and blow us away with a rip-roaring post-grunge set. Guitarist and vocalist Josh’s screams and maniacal drummer Olly led the more hardcore tracks, but it was when bassist Becky took to the mic and the band toned it down a notch that they truly shone. Her soft vocals contrasted against their still heavy sound for tracks that remind us why we’ve been keeping these guys on our radar over the last year.

As far as a punk rock show goes, it’s been pretty tame up until this point, but now it’s time for Frank to take the stage. Kicking off into ‘Fangs’, one of the three tracks off their latest single, the crowd quickly turned into a hurricane of limbs, and with the open invitation to join the guys on stage, nowhere was safe. Everyone got a taste of what’s to come with their debut album in August, with the majority of the set taken up by songs that no one has even heard yet. Did this stop people from wrecking the joint? No chance in hell.

Frank has been through a lot of crap in the last year since his break up with Pure Love. He’s angry, hate filled, and dismal, but it’s these emotions that drive him and anyone else in his presence to let loose and smash whatever’s keeping them back. He is a shining example of someone who can take life on the chin and keep moving, even if he only leaves rubble in his wake. Once again he has proven why he is still one of modern punk’s top frontmen.