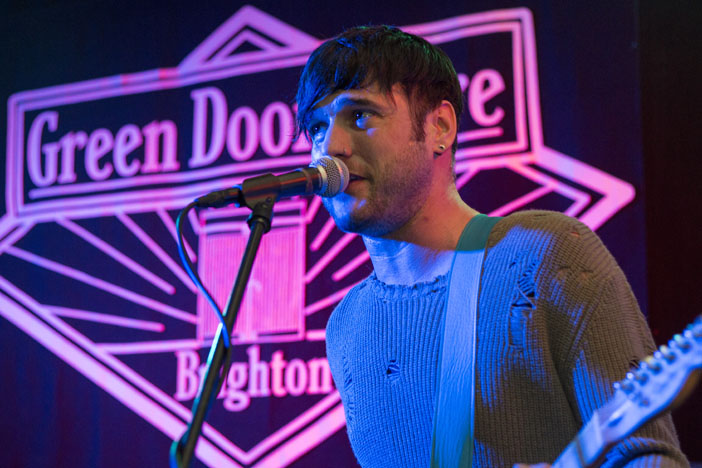 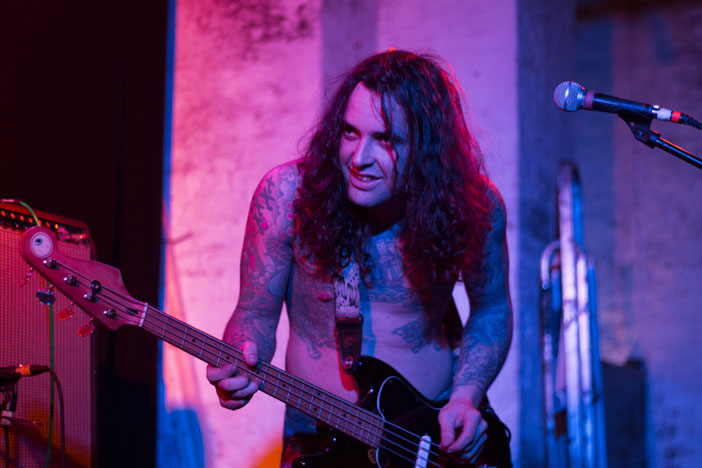 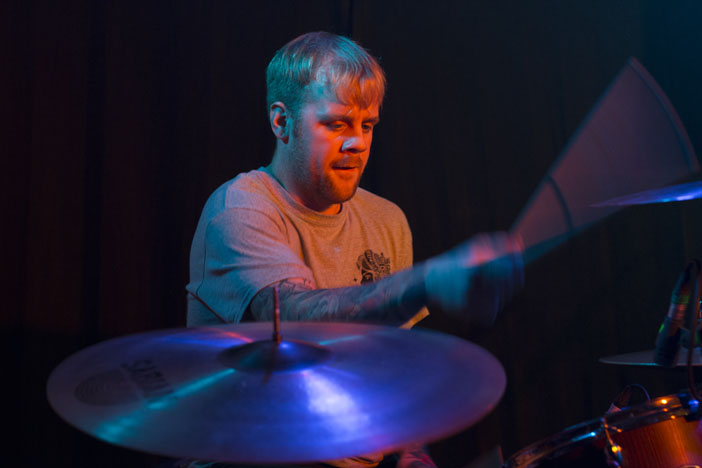 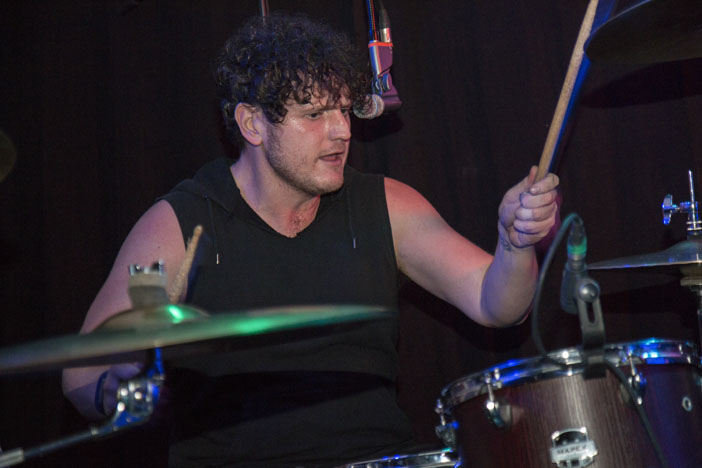 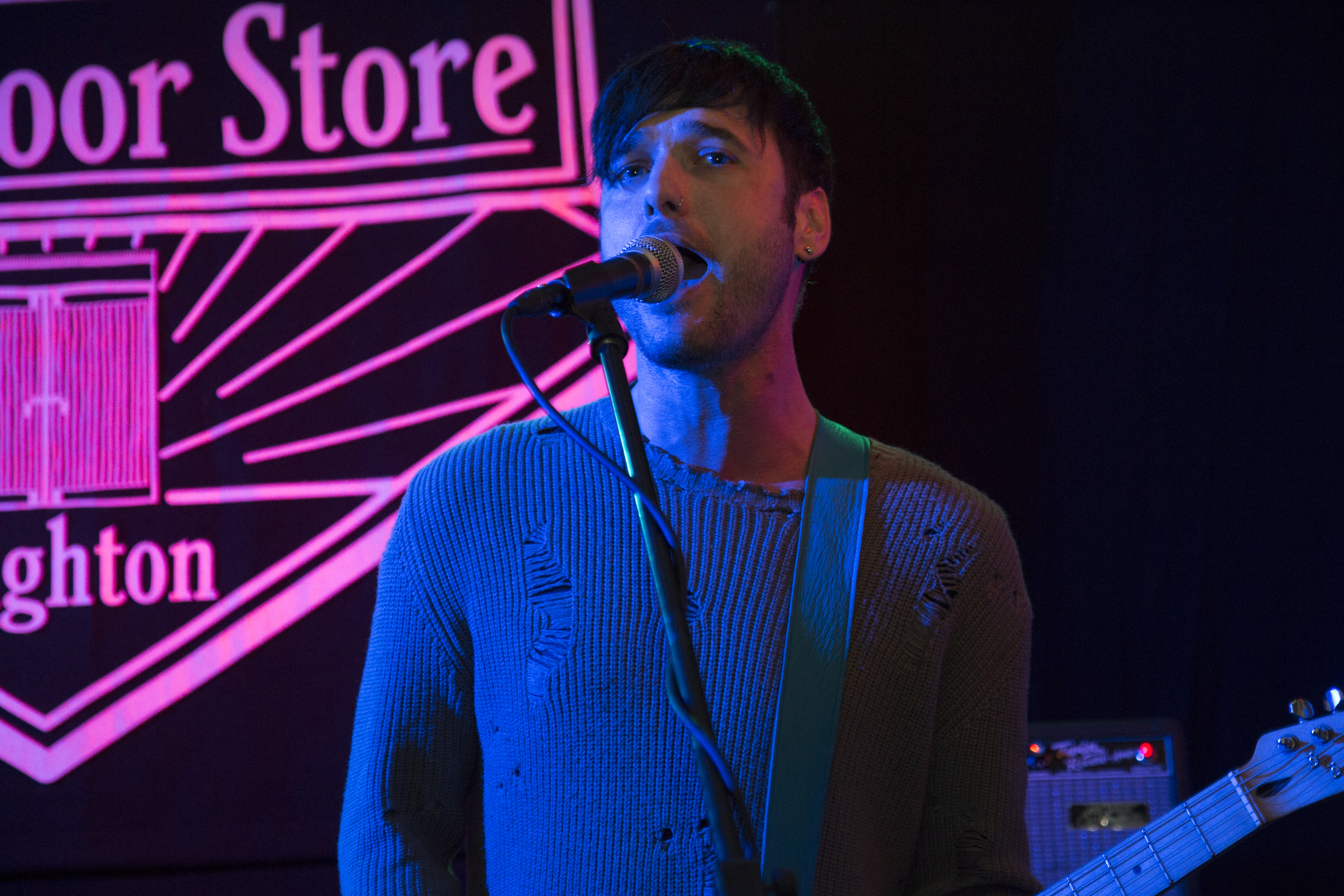 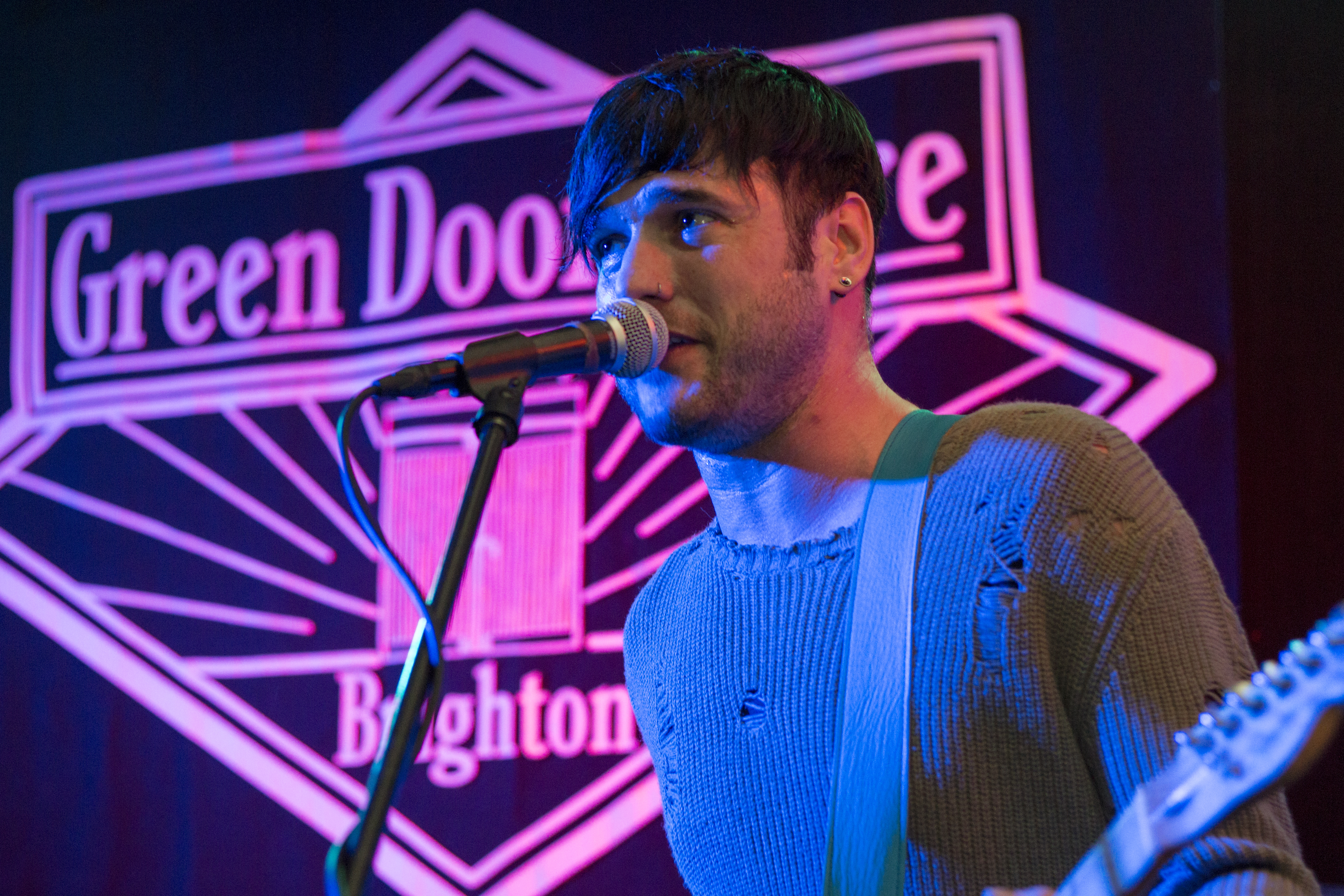 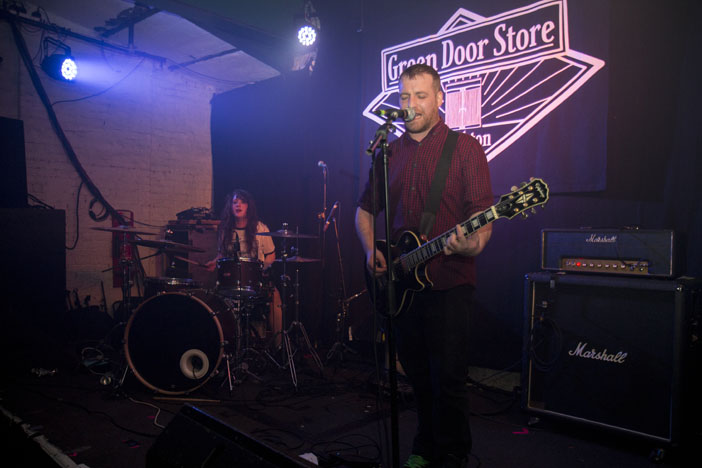 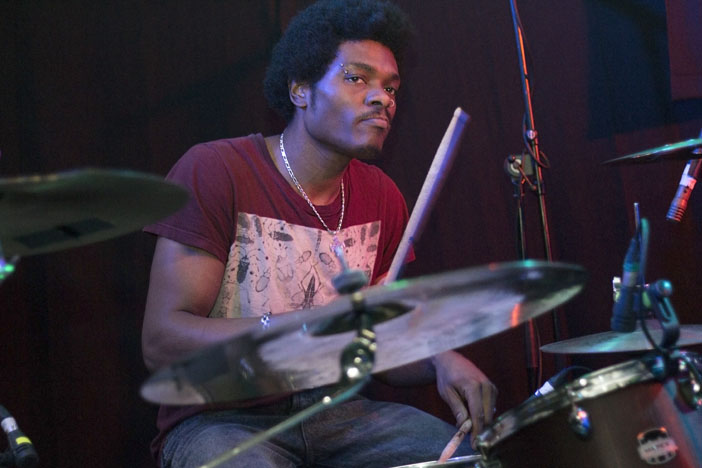 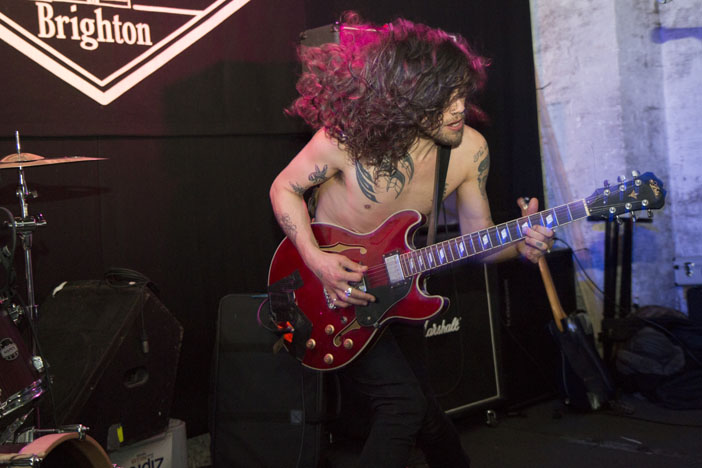 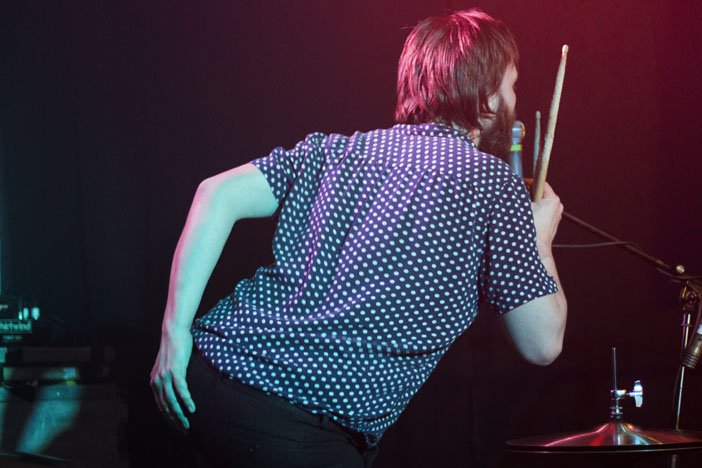 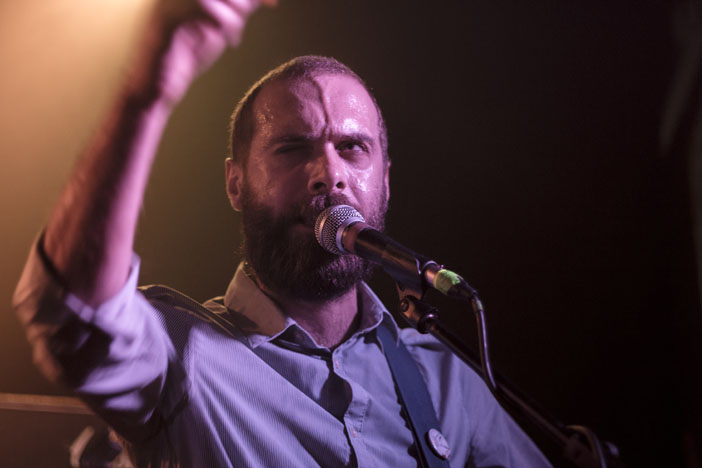 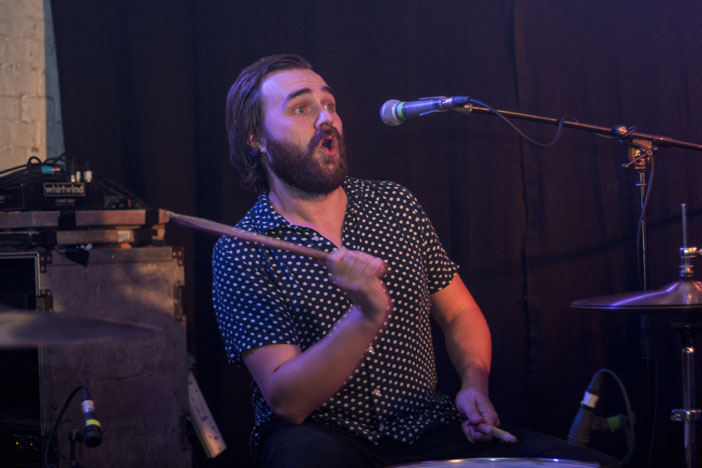 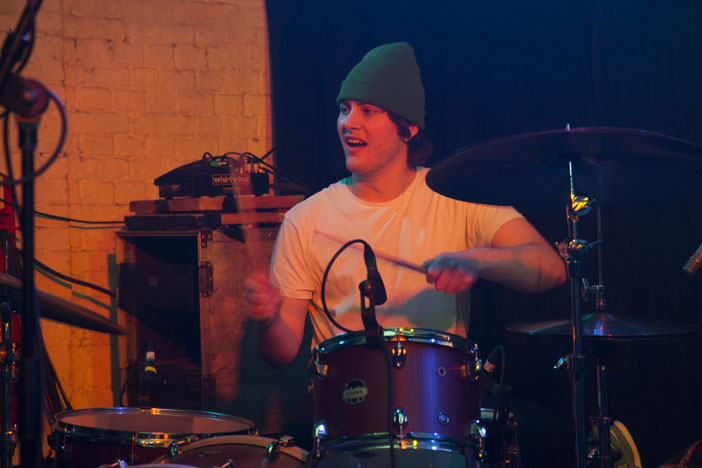 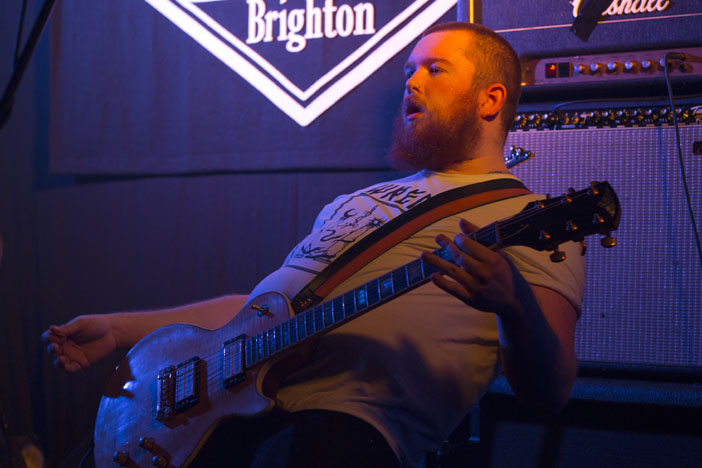 Green Door Store hosted ‘Gruesome Twosomes’, a showcase of some of the finest two-piece acts around. Lured in by the excellent poster (Charlie and Frank from It’s Always Sunny In Philadelphia, an excellent duo indeed), SOURCE decided to investigate whether ‘half a band’ meant ‘half the fun’.

The White Stripes. The Kills. Slaves. Even The Black Keys are primarily a duo (although they play live with a few extras). We’ve been privy to many greats over the years, often brandishing fierce garage-rock, blues, punk or trashy vibes.

It’s fair to say that Brighton is not shy of a duo hitting the big time. You’ve likely heard of Royal Blood (we’re claiming they’re Brighton, okay?), while Blood Red Shoes have been going since 2004. Dirty White Fever are perhaps the most established band on this line-up. We’re excited to see them, having somehow managed to miss their shows over recent years.

Though they’re not all the same, two-pieces can share similar traits. So let’s just set this out here – all of the bands playing had fantastic drummers, and big, bad riffs that made us happy we grabbed earplugs from the bar. 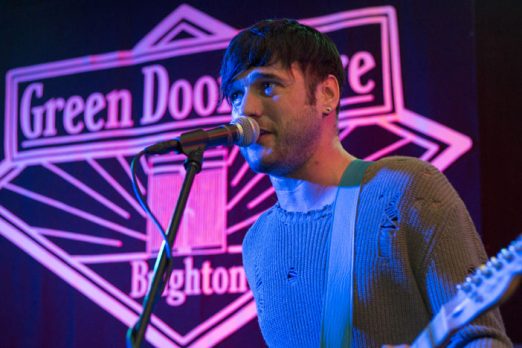 First up were SONS, who arguably deserved to be higher up on the bill. They’ve been on the SOURCE radar for a while (as well as Kerrang, Fred Perry Subculture etc) – we caught them at Reading Festival and on the This Feeling ‘Alive’ tour back in October.

Nick and Lee Meldrum are brothers that relish getting in your face with their tunes, only to then disarm you with a sly smile. The songwriting has pop sensibilities that are offset by the urgency and snarling vocals. The chorus of ‘Rise’ sees Lee’s vocals twist into an unrestrained howl, a battle call to fight the status quo. It also has the added bonus of being a real earworm and is now firmly on our ‘big in 2018’ Spotify playlist.

Skinny Milk make an immediate impact visually – heavily tattooed and in shorts, it’s not hard to imagine they would sound like skater-punks (read on…). It’s a look that matches their ability to cover every inch of the stage with wild energy, with some of the best ‘hair swings’ we’ve ever seen and a slightly unhinged air of debauchery. 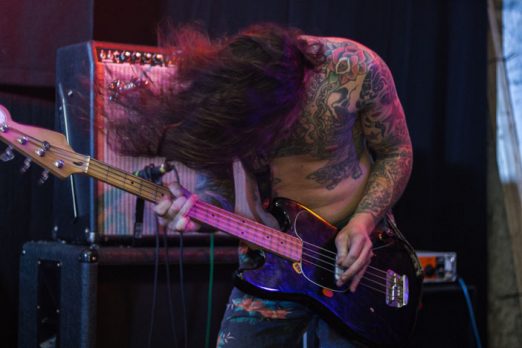 They stand out from the crowd today with psychedelic vibes and reverb-heavy vocals – we couldn’t help but nod to King Gizzard & The Lizard Wizard, a massive compliment in our eyes.

King Bee were instrumental in creating this event, and the drive and energy it takes to organise such an event translated into their live show. Vocalist Edward Lamb had perhaps the most brash and confrontational vocal delivery of the day, offset with some deliciously intricate drum fills. 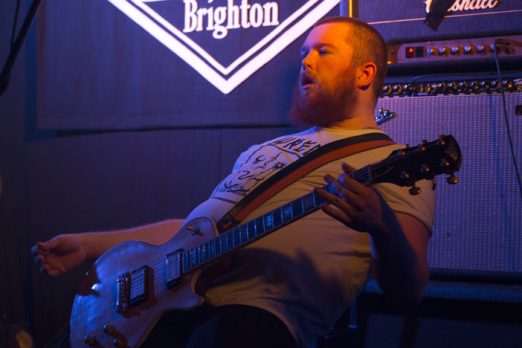 Frauds split the crowd when we were dissecting their show in the smoking area, but without doubt they made for compelling viewing. The boys from Croydon have shared a stage with Idles and Life, so are on the punkier end of the spectrum. But for us, their humour and wit stood out – personally, we love seeing a band that can poke fun at themselves, the crowd… well, everyone.

“Nothing you ever do will be as good as what Putin does on his day off,” is the introduction to one of their songs… ‘Nuff said really. 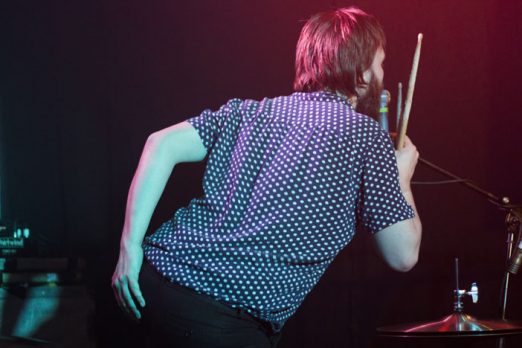 As mentioned, Dirty White Fever have escaped this particular writer’s clutches for a while, so we were delighted that they were not only lovely lads, they also stole the show. And we’re not really sure how they did either. With half of their equipment still somewhere in Bristol, it certainly was not a smooth performance. Songs were started and stopped, the pedal-board on the receiving end of more disdain than Trump would dish out to an ethics committee.

Yet when they got going they were absolutely great, garage rock aka The Kills and The Dead Weather, layers of sleaze in amongst the guitar that made you want to shimmy your hips and then jump in the pit. ‘7.83Hz’ being a case in point. 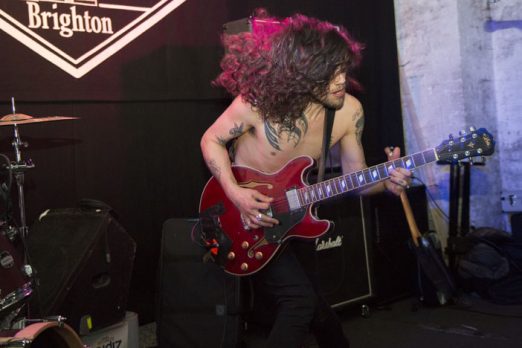 Rounding off the bill were Mancunians The Hyena Kill, visiting our fair city for the first time in two years. The name really tells the story of their sound – imagine running away from said beast, only to hit an invisible wall of noise and waking up to see it drooling and laughing in your face. Add some incredible double-time drumming and I’m sure you get the idea. (Or not).

So did ‘half the band’ mean ‘half the fun’? Clearly not, but with our ears (almost) bleeding, we had hit saturation point of big noise in one day, and sauntered off to find some soothing 60s psych-pop to refresh our palate.