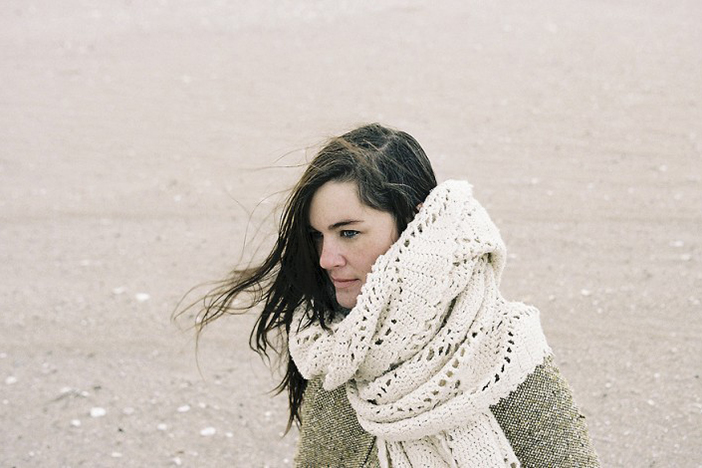 Even with her 2007 debut ‘Sanguine’, Julianna Barwick was already nearing fully-formed artist status. Her backstory – raised on church music in rural Louisiana and currently based in Brooklyn – was evident in her choral vocals, which were looped, distorted and layered into complex structures.

In her four solo outings since, she has built on her musical ideas the same way as she builds her songs; change is worked in gradually, subtly. Her central obsession – experimenting with the limits of her vocal range as filtered through technology – remains, but the accompanying oaky guitar and sparkly discords have been phased out for piano and glacial synths. Her newest album, 2016’s ‘Will’, creates smooth currents of sound, which reach crystalline and sometimes uncanny climaxes.

Tonight, she silently takes the stage, half-obscured by mountains of keyboards and synths and a curtain of auburn hair. A single shaft of light beams down from above, creating a halo of light around her head and those deftly-working hands below. This obvious nod to Barwick’s church origins could have been a heavy-handed cliché if the music hadn’t lived up to the angelic suggestion – but she made it totally compelling.

Barwick sounds otherworldly on record. But listening to her live, everything from the most textural whisper to the longest, wordless cry has a bell-like purity. When she did sing lyrics they remained enigmatic, often drowned out by reverb or echoing loops. For the ‘Will’ opener, ‘St Apalonia’, sparse piano and gliding vocals rolled out like a skin-tingling fog and filled the crowded room. Looking around, I saw more than one pair of closed eyes; more than one mouth agape. She finished the song with a bass note rupturing through the gossamer textures as the stage flooded with a peach-coloured light.

Other than the glowing lights, it was a minimal set: the only visual was an occasional flickering projection of a buttoned-up white shirt, which appropriately could belong to either a trendy audience member or a Mormon missionary. Her violinist collaborator, who was (of course) called Othello, joined her on stage and provided some pleasingly sharp edges to the billowing streams of sound. But Barwick only broke her own opium-dream spell towards the end with a peppy, cheerleader-esque “Thank you, guys!”

At almost two hours long, perhaps her set could have benefited with some more of this kind of sharp, unexpected discord. Nonetheless, it was more than enough to be enveloped in the textural swathes of sound, and hypnotised by Barwick’s subtle musical shifts.

Sometimes an article is a bit of a team effort, and those are tagged SOURCE Writers. If you’d like to be part of that team, hit the Contact link at the top and get your work on this website.
← PREVIOUS POST
Party At The Races, Sat 1st Oct
NEXT POST →
Honeyblood, Thurs 29th September
Mailing List
Recent Posts
Website developed in Brighton by Infobo
Copyright © Brighton Source 2009-2021
Julianna Barwick Review - Brighton Source