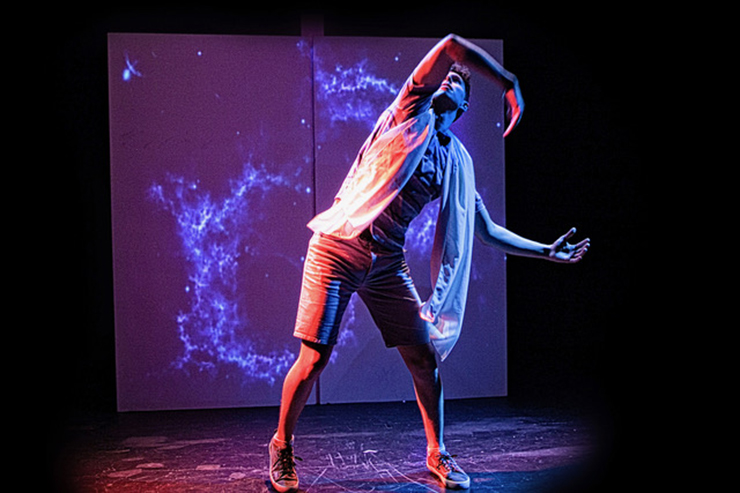 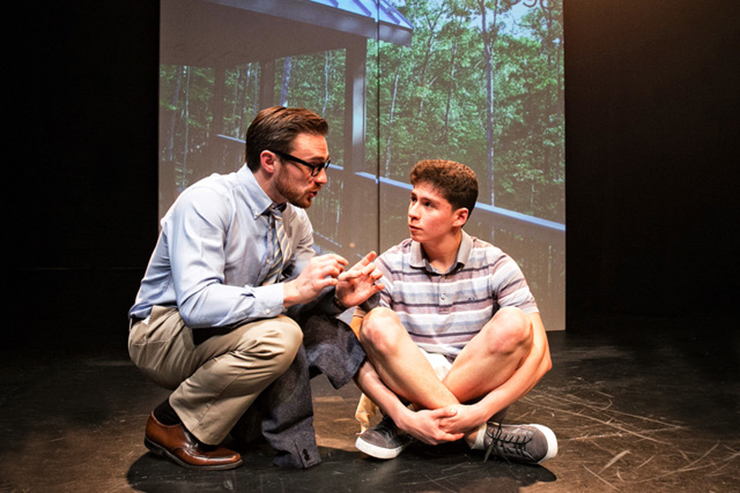 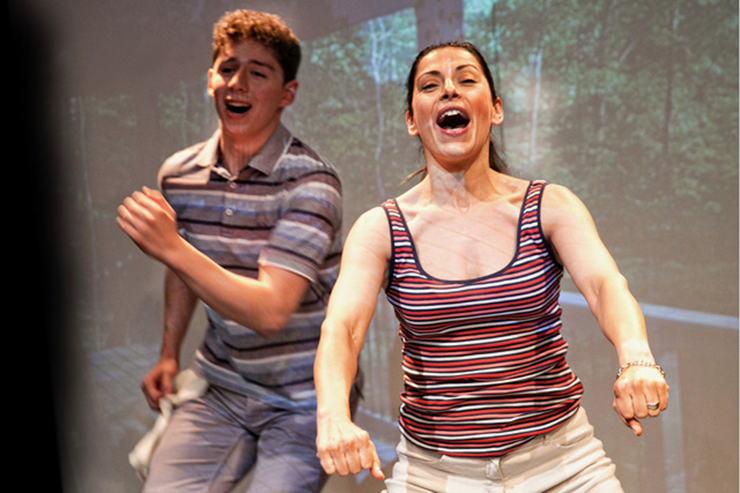 Death is pretty final. But if your child died in an accident would you take up the chance of creating a near perfect match using their DNA? That’s the conceit explored by Gail Louw’s play ‘A Life Twice Given’ which provides a skilful adaption for the stage of David Daniel’s book of the same name.

We know there’s a flatworm that you can cut in half and both parts will regenerate, carry identical traits and live happily ever after. It’s the ultimate ‘two for the price of one’ in the natural world. But you wouldn’t do that with a human would you? Of course, you might not think it’s possible. On the other hand, advances in DNA engineering may move that a step close. So would you, if you could, opt for human cloning?

Gail Louw’s staging is taut and unfussy. This throws maximum attention on the moral dilemma played out in dialogues between the couple throughout the play. It is reminiscent of a Bernard Shaw drama where the points of view can appear more important than the characterisation. That wasn’t quite true here.

We see the son making shapes with his hands, wheeling his scarf like a kite in blue light. There’s klezmer violin in the background. His parents, Lisa and David, have those cute lives we recognise from US soaps. They occupy successful professional lives and have a holiday home in the woods by a river. She wears a summer dress with rippling cool lines. He’s kitted out in blue shirt and smart suit. Time for a trip downstream.

Suddenly it’s all red lighting and roaring air ambulances from every direction: their son is killed in a river accident. Nothing can bring him back. But David, in a wild moment, cuts a piece from his dead son’s ear and preserves it at the university lab in liquid nitrogen. When his wife wakes from a coma he starts to raise the idea of ‘bringing their son back’ by cloning the DNA onto a new human egg.

The play then takes us through a series of debates between Lisa and David about the scientific possibility, the moral and religious dilemmas, and the ethical probity of the plan. Will it work and, it it works, will all hell be let lose in wider society?

An eccentric, unorthodox but scientific rabbi meets them in Prague five hours before the new millennium to discuss the issue: “A good man can be a partner in God’s creation” he argues. She says: “You’re trying to twist yourself into a pretzel!” Would the ‘new’ child be identical to their dead son? Who would be the ‘new’ boy’s parents?

Time periods are hinted at through short passages from rock songs dating from the 1980s to the present day. We start with ‘Billie Jean’ who is “not my lover”, of course, but more importantly “the kid is not my son” – or is he? Who will be the true parents of a newly cloned boy? Would he be a ‘new’ child or a replica of the old? How would he grapple with the dilemmas of being a clone? We end in the dystopian future of the 2020s.

This play is an example of theatre providing insights into the complexity of emotional and moral issues like human cloning. We should not underestimate the difficulties of performing this type of play. The ferocity of ideas can overshadow a cast. Instead we had deft but controlled acting which let the story breath. Of course, works like this lend themselves to debating styles that are common in forum theatre which involves direct audience participation in unravelling and shaping contentious issues. Indeed, plenty of us hung around in the auditorium at the end, trying to figure out our own views.

Gail Louw is unafraid to dig into complex social issues emerging from scientific advances and she avoids simple prescriptive answers. In this adaption of ‘A Life Twice Given’ she reinforces her reputation as a writer of distinction with the work realised by tight directing from John Burrows. Do see it again. It’s a play worth twice seen!

Mike lives in Brighton. This is a full time occupation. He's also a researcher, writer and activist. Any time left over he spends hanging around cafes and pubs listening to people on their phones. He loves theatre that pokes into difficult places. You won't find him on Facebook.
← PREVIOUS POST
Metz, Fri 6th Dec
NEXT POST →
Klaus Johann Grobe, Thurs 5th Dec