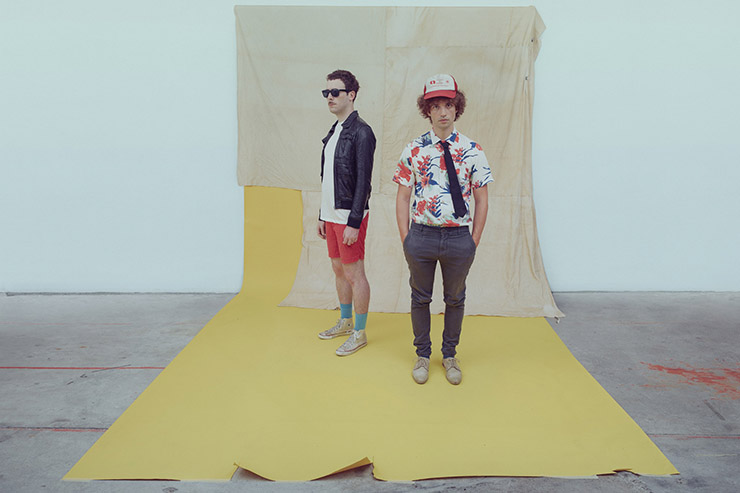 Here’s an eclectic triple bill for you, spearheaded by Zürich collective Klaus Johann Grobe. With grooves as sweet as Swiss chocolate, their warm electro funk could be compared to late-era Tame Impala, but there’s more to them than that — coming as they do from a distinguished lineage of Teutonic electronica (Teutonica? Surely we’ve coined a new genre there).

Over three albums, their sound has evolved from off-kilter (and we apologise for using the K word here) krautrock to laid-back disco floor-fillers, and we can expect a more synth-dominated sound than they brought along with them last time they were in Brighton, three years ago.

The headliners are on at 10pm, while support comes from the erotically-charged love machine that is Smoota (8.30pm), who threatens to loosen a few collars with his “love songs about sex, and sex songs about love”. If you’re doubting his seductive credentials, look him up on Google images — he’s the guy with the leather trousers and… the snake. Plus there’s locked-in, cosmic psych-rock from new Brighton band Melt Plastic Group (9.15pm), playing just their second gig. Something for (almost) everyone there, surely.

A magazine journalist and former BBC minion, Gaz's words can be found in publications ranging from The Radio Times Guide To Films to 1001 Songs You Must Hear Before You Die, as well as on his blog The Wine Ninjas . He plays drums in a psych band, and once fell into a frozen lake in Transylvania.
← PREVIOUS POST
Life Twice Lived Review
NEXT POST →
Carnival Collective's 25th Birthday
Mailing List
Recent Posts
Website developed in Brighton by Infobo
Copyright © Brighton Source 2009-2020
Klaus Johann Grobe, Thurs 5th Dec - Brighton Source