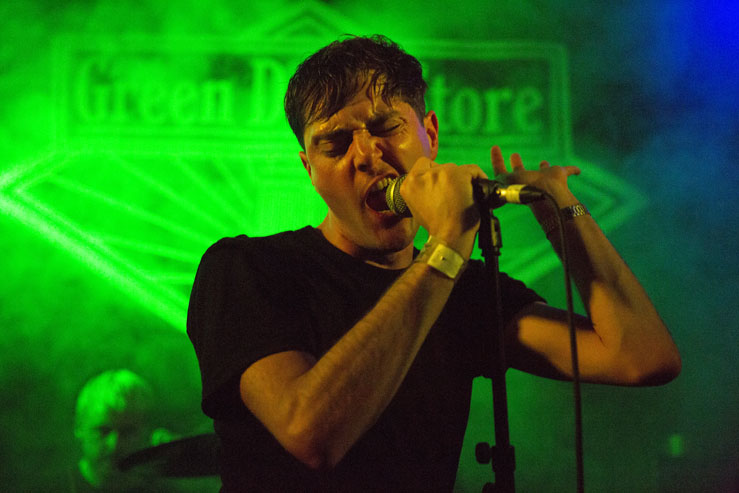 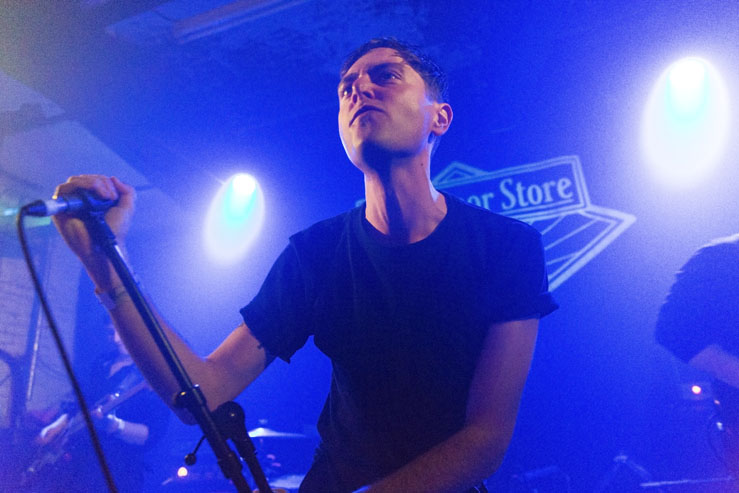 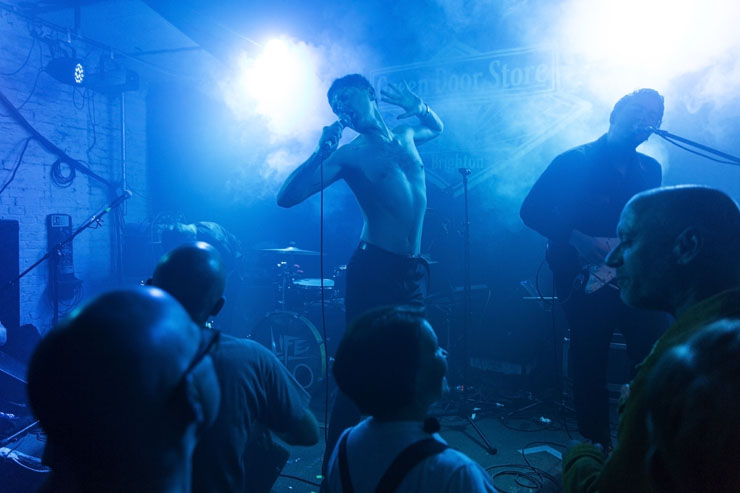 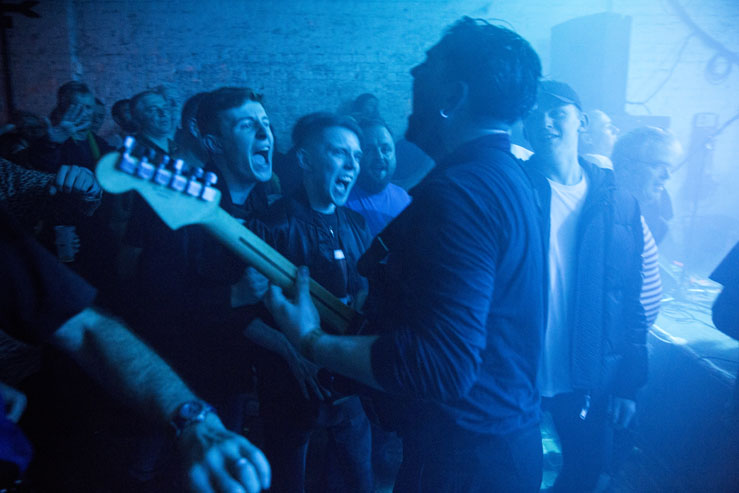 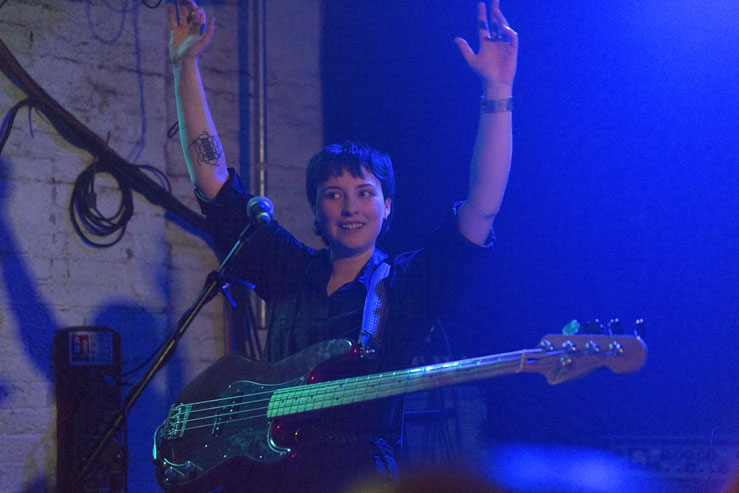 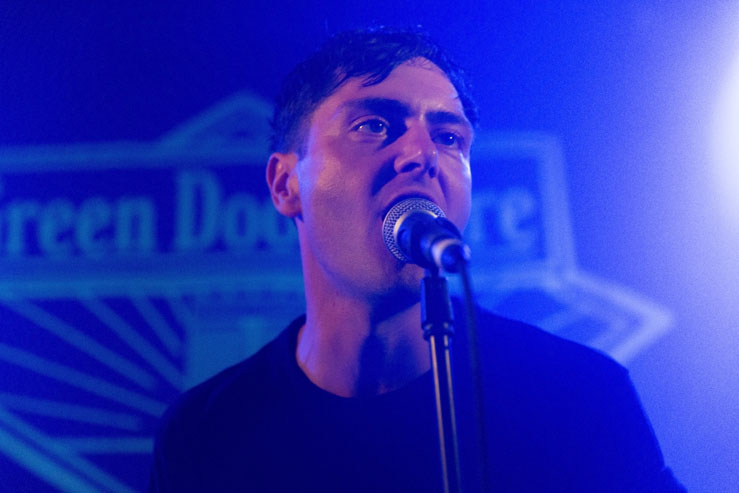 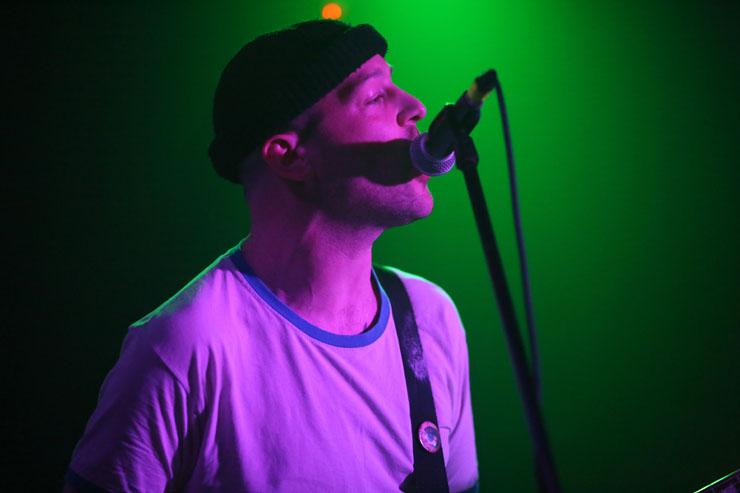 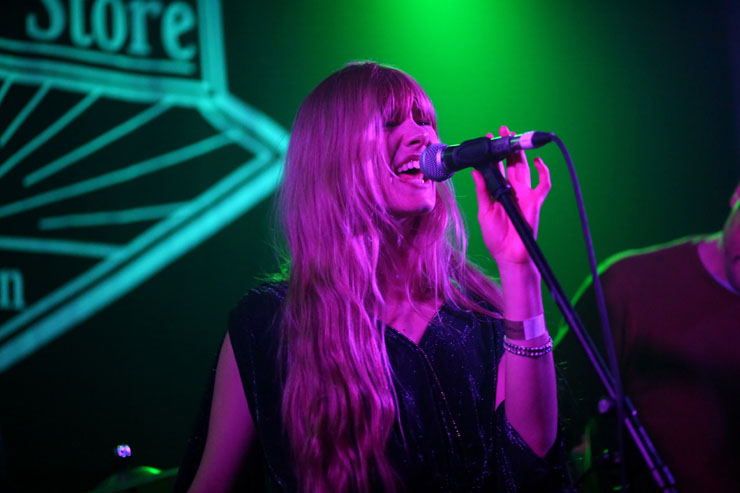 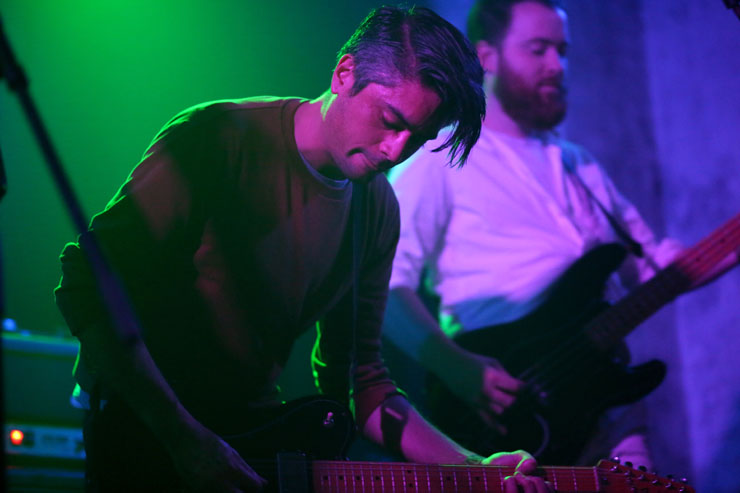 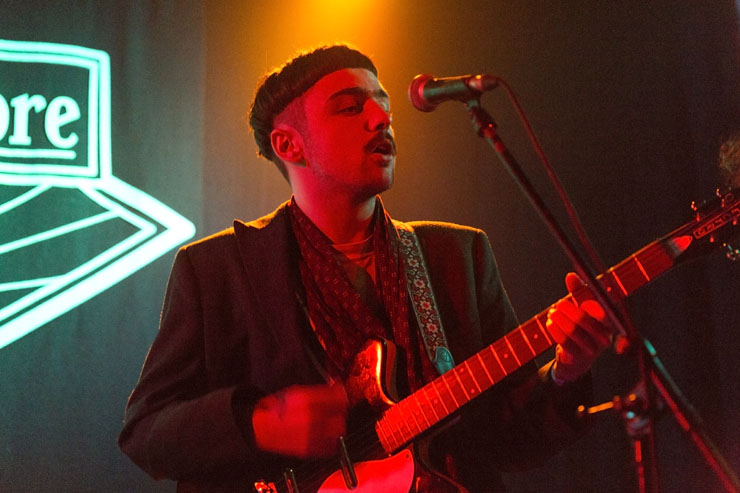 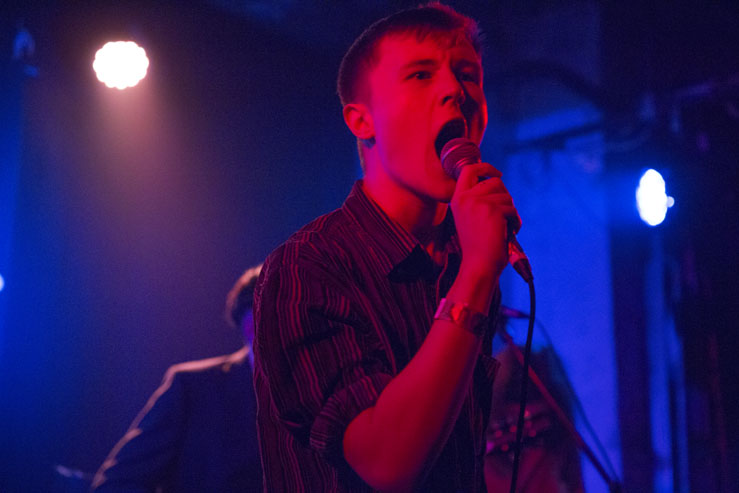 We first became aware of LIFE back in 2016 with the release of the single, ‘Popular Music’. “Totally off my face, I listen to popular music,” lead singer Mez intones over a beat so relentless that staying still is not an option. The album of the same name came out the following year and, with its post-punk political sensibility coupled with a riotous sense of fun, it is superb.

When their latest album ‘A Picture Of Good Health’ was released in September this year, Mez revealed that it was “more personal, about mental health and inner turmoil”. It sounded a bit heavy. What he failed to mention was that, with rip-roaring riffs and scattergun lyrics throughout, every track is essential listening. So when we find out that they are playing at the Green Door Store, we’re there at the front of the queue.

First up are Brighton six-piece, Our Family Dog. A press release describes their sound as “The drunken ramblings of a man on a comedown from his own adolescence”. It is a fair appraisal. The sound is harsh, gritty and guitar driven, but with a wash of edgy keyboards that takes the music to unexpected places. ‘The Wire’, with its choppy guitar break and vocals coming over a little like a cockney Beefheart, builds gloriously. ‘Simple Simon’ – all shifting time sequences and schoolyard chanting – is ferociously dark and menacing. It’s a great start to the night.

Next on stage are Night Flowers. Their indie music is dreamily pleasant, with sweet vocals and gentle guitar breaks, reminiscent of Stevie Nicks-era Fleetwood Mac. Being sandwiched between two hyper-charged post-punk bands is an odd call though. First song, ‘Lotta Love’, set the tone. “Another fall and I’ve got you on my mind, hear you call you were always hard to find. Do you feel a lotta love?” It’s good stuff, but most of the crowd is there for LIFE – a band more akin to Fontaines DC, IDLES or Shame – and craving something altogether more visceral.

They soon get it. LIFE take to the stage and explode into a furious rendition of ‘Good Health’. Dark psychiatrist-couch nihilism lightened by a knowing upbeat chant; “I’m a picture of, picture of, picture of good health”. Unlike its predecessor, which was recorded one or two tracks at a time, over a long period, ‘A Picture Of Good Health’ was the result of four intense weeks in the studio. And it shows. There is a coherence to the tracks and a tightness to the playing that is utterly compelling.

“I am a single parent,” Mez announces later, before the band blasts into ‘Half Pint Fatherhood’. “Let’s build a home, I built a home,” he sings poignantly as the band hammer through a riff-laden track reminiscent of The Fall, while the background gang-chant repeats the promise, “I can be your father”. It’s a tough, yet oddly exhilarating, take on the experience of being a lonely single parent. And then there’s ‘Bum Hour’, with its measured bass chug and nifty guitar motif, which touches on the themes of isolation and depression. “All my mates are out of town, this is the bum hour calling … I just want to lie and sleep in.”

The onstage vibe from the band is great. Mark, the guitarist, proudly shows us a shirt he bought in town earlier; “So many pockets, so little time,” he jests. Drummer Stew teaches us how to say ‘Door’ and ‘Store’ with a Hull accent. But it is Mez who is in control of events. He gets us all doing a bit of call and response with his mic; he chooses a punter in the moshpit to carry him round on his shoulders for a bit; he dedicates one track to “all the young people” – then, realising a sizeable portion of the audience do not qualify, modifies the term – and gets a rousing cheer for the expression he selects!

The band have experience of ‘young people’. Back in their hometown of Hull, they have worked with vulnerable people under the age of 25 in the city’s Warren youth project. “Write what you know,” Mark Twain once said in a different context. LIFE are certainly doing that, responding to the community they are immersed in and analysing their own feelings towards it. Song after song deals with issues that few bands choose to tackle – separation, mental health, poverty, abuse – and do it in a way that is never less than empowering.

‘Moral Fibre’ has the crowd punching the air on its “Pissants! WOOO!” refrain. ‘It’s A Con’ and ‘Grown Up’ get the punters moshing enthusiastically. ‘Never Love Again’ shows its influences; a Buzzcocks meets The Fall concoction. Our favourite line comes from ‘Thoughts’ – “I was thinking of becoming really rather cultured and selling my TV to make more room for books that I’ll never start or finish, but that might get me laid.”

This is quality stuff. There isn’t a weak song all night. Track after disarmingly honest track, and with more riffs than you could shake a stick at. The evening closes with ‘Popular Music’ – the song that got us into LIFE in the first place. It’s a cracking number in its own right, but serves as a reminder as to how far the band have come in such a short while. DIY called ‘A Picture Of Good Health’ “indispensable”. We’re not about to disagree – and when the band next appears live, make sure you’re there to see for yourself.

Paul Stewart is an author - mainly novels for kids - but his main love has always been live music. These days, the words that fill his head at gigs often turn into reviews for Brighton Source, the going-out bible for his favourite city anywhere, ever.
← PREVIOUS POST
British Sea Power Photos
NEXT POST →
DJ Format comes to Club Tropicana