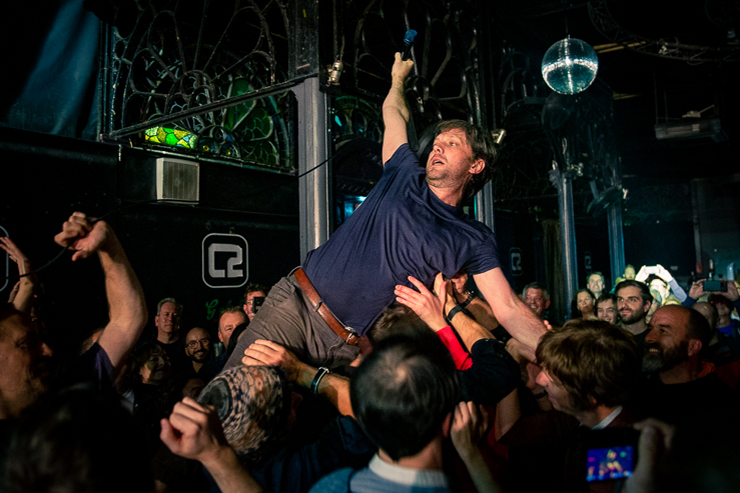 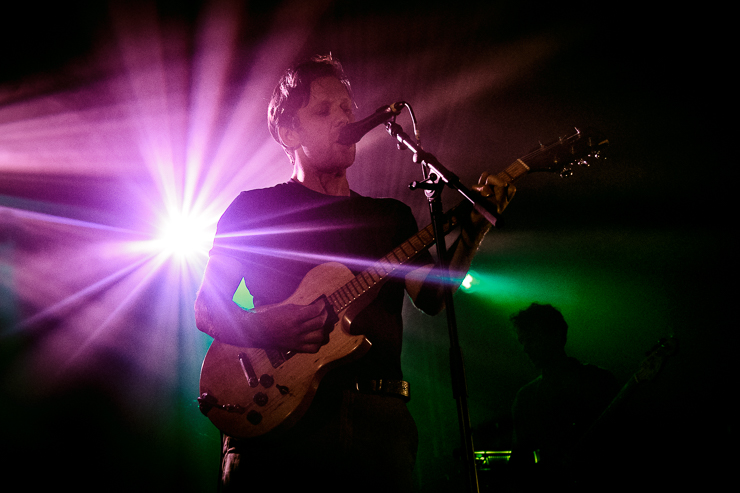 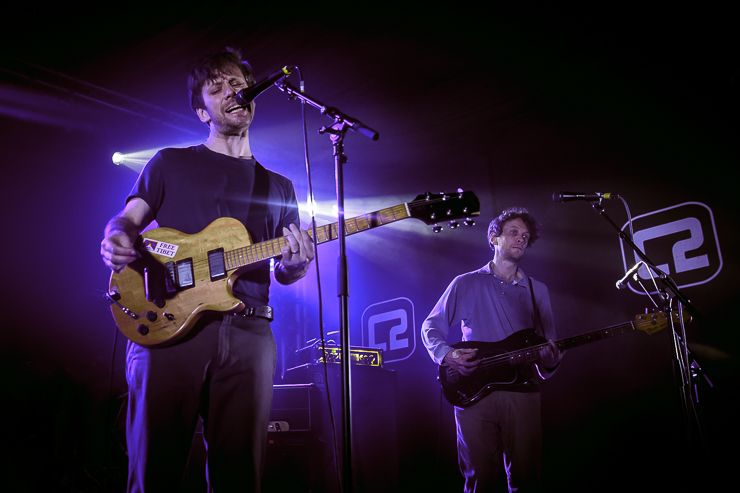 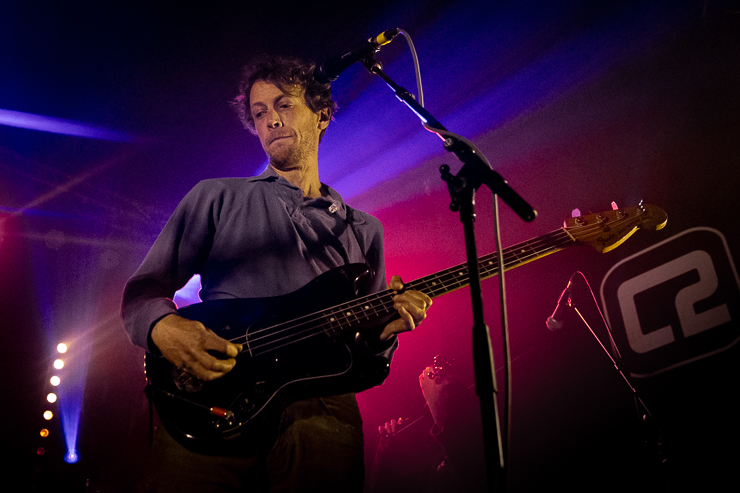 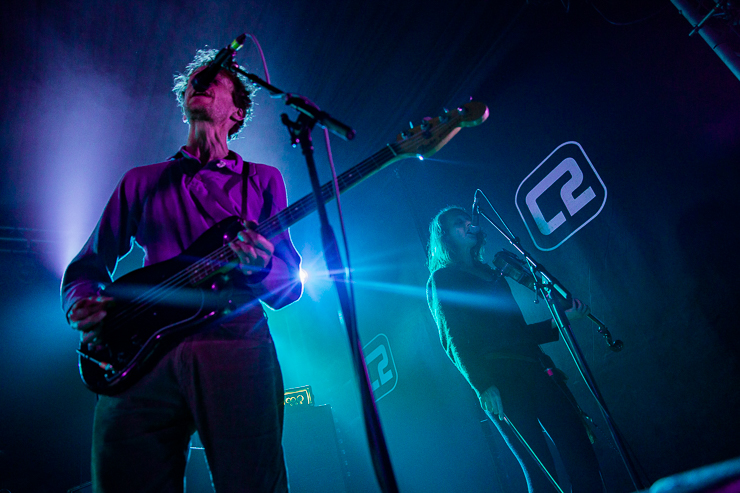 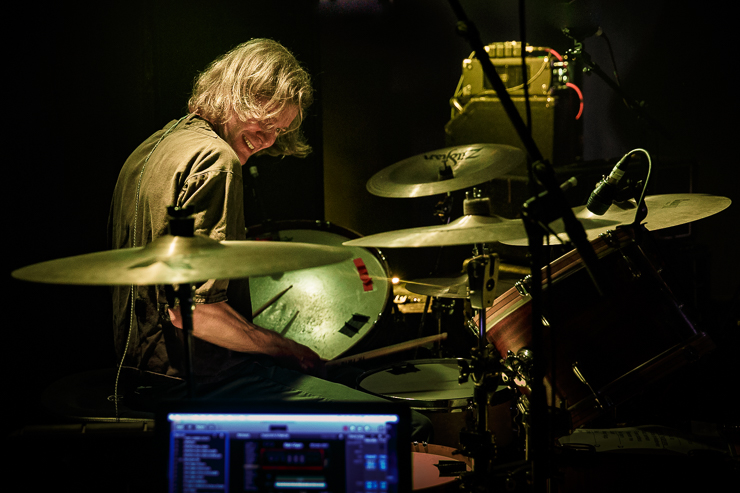 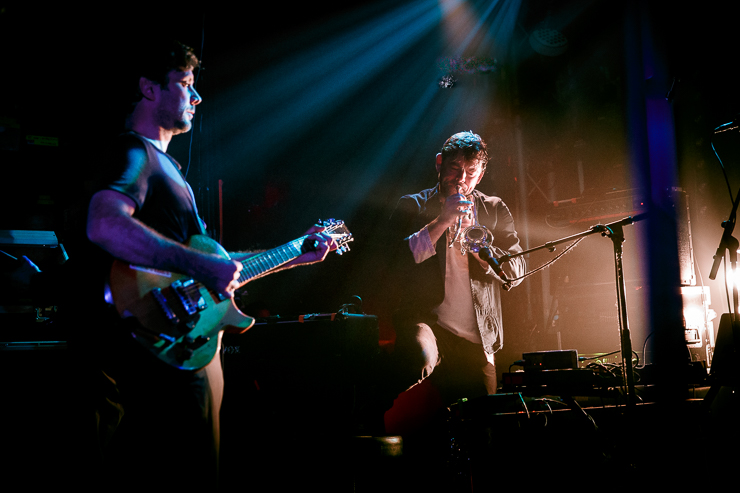 Concorde 2 opened its doors this month to host the very first Rejoyce festival, brought to us by independent concert promoters Joy. ‘Rejoyce’ by name and rejoice by nature, the event celebrated some of the best local and national emerging acts alongside American rock band Sheer Mag and closed with a rip-roaring performance by Brighton’s favourite indie heroes, British Sea Power.

The band commanded the stage without their familiar tree branch decorations and there was no glimpse of ‘the bear’. What they did bring, however, in terms of songs and style, reminded us just why they have such a dedicated following. BSP oozed professionalism and the long-standing, tight bonds between the musicians allowed them to swoop and soar effortlessly through a mixture of tunes, both old and new.

The crowd, in true British Sea Power fashion, was full of uber fans here to worship these indie rock veterans whose popularity shows no sign of waning. Frontman Jan delighted his congregation with a speculator stage dive as the set drew to a close and left us eager for more and thirsty for the release of the band’s forthcoming new album.