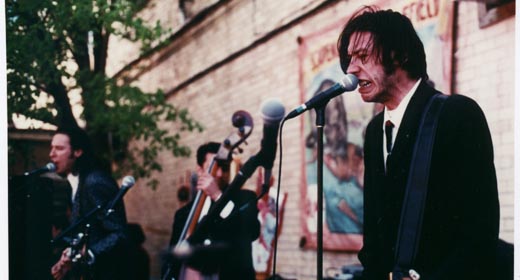 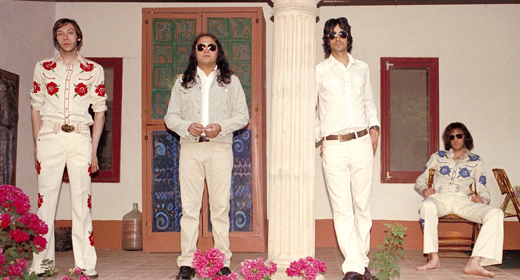 From the opening Spaghetti-Western-meets-Dick-Dale style instrumentals through to the breakneck 30-second final song, The Sadies proved again why they are regarded as one of the greatest live bands on the planet; and on the last date of their tour no less.

The first new songs from latest album ‘Darker Circles’ were perfectly formed truck-stop classics and ‘Leave Me Alone’ was maximum rhythm and blues à la early Beatles or Stones. Travis Good, sporting a diamante cowboy shirt, played some great surf solos while his brother Dallas looked cool as fuck in a sharp suit as he wailed through each number with a voice that echoed Lee Hazlewood. Many of the songs could be the music from a Tarantino car chase and even the gospel number ‘There’s A Higher Place’ grew into a garage-y maelstrom, followed by a devil-baiting fiddle solo from Travis.

As Dallas said, “We’ve got a long set to play and not a lot of time to play it in”, so they ramped it up in the second half. A cruel curfew meant that a short encore of garage classics including ‘Psychotic Reaction’ and ‘Gloria’ was all we got but they packed more into an hour and a bit than most bands could ever dream of.