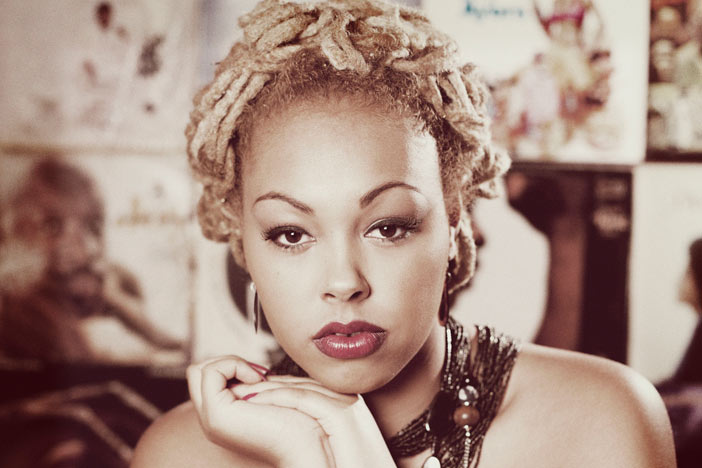 Album: Flash Bang Band
‘Bite Your Tongue’ (At The Helm)
Psych-pop urchins Flash Bang Band gift new Brighton label At The Helm with their first full album and it’s a beauty. Immediate tunes like ‘Art History’ and ‘Young Rogue’ are wriggling nuggets of scrunched up energy that run restlessly off in all directions at once, while the fuzzy yearning of ‘Dreams That Never Fade Away’ stretches towards the anthemic. The trio surely worship at the altar of ‘In It For The Money’ era Supergrass, but that’s never a bad thing. (SH)

Album: Gideon Wolf
‘I Am Wolf’ (Chemical Tapes)
The second album from Gideon Wolf, an alias of composer Tristan Shorr, ‘I Am Wolf’ takes simple compositions for voice and piano but strips them down even further, processing the elements into abstract suspensions of echoed ambience and digital scree. Shorr’s vocals rarely resolve into coherence, simple two or three word phrases floating up through the mix. Imagine a Basic Channel rework of Eno’s stillpoint piano processes and you’ll be somewhere close to the results of this absorbing experiment. (SH)

Single: Let The Machines Do The Work
‘Let Me Be The One’ (Champion)
You may be one of the 60,000 people who have watched the video for this on YouTube already, so will know that it’s a belter. Soundtracking a trio of EDL members wandering into a English Disco Lovers street party rather than their own march, ‘Let Me Be The One’ is a throbbing slab of techno with a vocal that sounds like it could have come from lost 90s house classic. No wonder the EDL crew end up losing it on the dancefloor. Great video, great debut single. (JK)

Single: Part Panda
‘Way Back When’ (Potholes Music)
Part Panda have been making melodic beats together ever since block-colour jeans made a comeback. ‘Way Back When’ and the beautifully nostalgic b-side ‘Let’s Build A Cinema’ see a departure from Vienna’s gently rapped vocals. Both tracks build layer on mesmerising layer of soulful vocals, sweet synths and super-rhythmic beats. Check out the track’s hypnotic video to see a 12-year-old out-dance everyone at the disco. (DC)

Album: ‘Shapes: Circles’
(Tru Thoughts)
Rounding up highlights from the last year or so of Tru Thoughts releases, this double disc set underlines just how strong the label’s current roster is. Getting underway with Natural Self’s sumptuous cover of Electrelane’s ‘The Valleys’, CD1 hosts the more soul and jazz influenced sounds (Quantic, Alice Russell, Harleighblu) Tru Thoughts are famous for, broken up by some fierce electro, dancehall and UK hip hop from Hint, Wrongtom and Rodney P. CD2 ups the beats with excellent cuts from Maddslinky, Riz MC and Zed Bias. Budget price too. (SH)

EP: Sublime Wizardry
‘Best Of The Bunch’ (Show & Prove)
Fresh from supporting Public Enemy this summer, hip hop trio Sublime Wizardry have readied this joyous eight track 12”. Hamburg based DJ Merlin supplies old school breaks and addictive scratch trickery for Brighton MCs One Native Son and The Remarkable 1 to bounce off of. Tracks like ‘All Day Sucker’ and ‘Ironball Throwdown’ reviving the golden age party spirit, but the complex digital beats of ‘Survival Of The Hippest’ and the political lyrics of ‘When The Chaos Comes’ keep things modern and vital. (SH)

Single: The Vinyls
‘Victoria’ (thevinyls.net)
Not a stab at the mighty Kinks classic, The Vinyls’ ‘Victoria’ is certainly in the same anglopop vein, a snappy new wave treat with effortless, choppy chords and a stop-start Costello vocal. Last year’s slightly wacky album ‘Catch!’ was smart in many places, but this standalone single is a step on, the band easing up on the urge to impress with the gags and coming out with an effortless three-minute tune. Very neatly done. (SH)

Sometimes an article is a bit of a team effort, and those are tagged SOURCE Writers. If you’d like to be part of that team, hit the Contact link at the top and get your work on this website.
← PREVIOUS POST
Marlborough Under New Management
NEXT POST →
Jim Mitchell, Unsung Hero No.45
Mailing List
Recent Posts
Website developed in Brighton by Infobo
Copyright © Brighton Source 2009-2020
Locally Sourced, Sept 2013 - Brighton Source