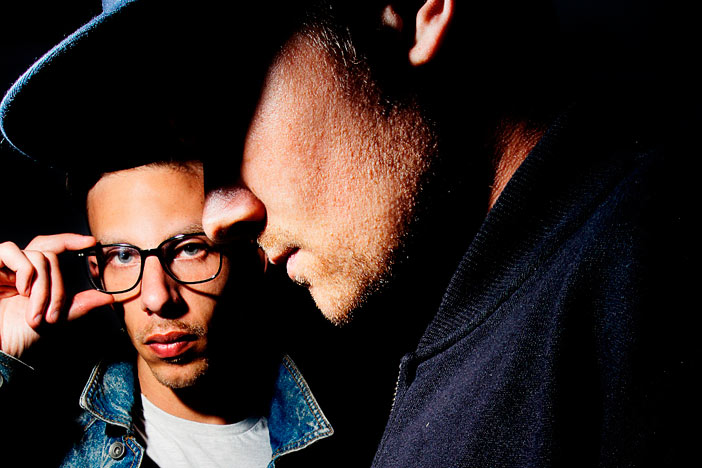 Album: The Thlyds
Thalidomidas Touch (Corporate Records)
“Hey journalist, fuck you… I don’t care to be seen in your shit magazine” rails the chorus on track two of, er, our review copy. Mentored by the Lewes Cowell, Simon Indelicate, this teen toon trio’s debut CD is a turbo-charged electro punk swearfest. Jubilee single ‘I Fucked The Queen’ and ‘If I Wanted A Job (I’d Have Been Born A Cunt)’ are desperate to shock, but love-hate duet ‘I Fingered You’ and a Springsteen-esque closer reveal vulnerability behind the ire. A guilty pleasure. (AP)

EP: Gnarwolves
CRU (Tangled Talk/Day By Day Records)
These three lads from Cornwall, now living in Brighton, have really been making a name for themselves in recent months. Following their spot at last month’s Hevy Festival, the release of their fantastically catchy new EP couldn’t have come at a better time. Gnarwolves play what they describe as “gruff pop-punk”, think Tony Hawk’s Pro Skater videogames crossed with a love for post-hardcore and pizza. ‘Community, Stability, Identity’ and closing anthem ‘Coffee’ are stand-out tracks, but all six are incredibly infectious. (CB)

Album: Why Diet When You Could Riot
(Tuff Enuff)
Lovely pinky-purple vinyl compilation of some of the bands who’ve played at Riots Not Diets’ excellent first 12 months of shows. Rounding up a baker’s dozen of riot grrrl and queercore bands, highlights include Ste McCabe’s irresistibly perky ‘Queer Clubbing’, Milky Wimpshake’s Buzzcocks-esque ‘Uncool Jerk’ and Woolf’s high energy trash through Elastica’s Brighton anthem ‘Annie’. Smart use of spoken word guests, crowd chatter and stage announcements from the West Hill Hall make this LP an essential snapshot of the scene. (SH)

Album: POG
Between The Station And The Sea (Beside The Birdbath)
The latest Pog album is a loosely-bound collection of tales of everyday failure set in Brighton. Though the band’s sound has evolved from lo-fi acoustic punk into lo-fi fiddle-led folk, the lyrics have lost none of their down-to-earth sensibilities. Anyone who’s seen Paul Stapleton’s biscuit-headed comic strips will recognise the sort of wry humour at work here. There’s songs about carboot sales and care homes, rants about trustafarians and a romantic ode to the old woman who feeds the birds on the Steine. A witty and quirky homegrown gem. (BB)

Album: Speak Galactic
Severed (Cupboard Music)
Severed is the joint effort of producer Owen Thomas and live drummer Jim Morrison, and has taken years to craft. From the early days of bedroom production in Sweden to recent support slots for Casiotone For The Painfully Alone, their music has progressed and developed into something other-worldly and multi-influenced. Opener ‘Capsule’ is a soft, melodic track which sighs like waves, whilst ‘Lux’ builds into a aching crescendo. The album launch party is on Saturday 15th at Fitzherberts, where the very first LPs, hot off the presses, will be available to buy. (JMM)

Single: Dialect & Kosine
Mount Zion / Got To Be Conscious (Jungle Alliance)
This double A-side from Dialect & Kosine sees them match the reggae vocals of King General with tight dub beats and Amen breaks. ‘Mount Zion’ is a relaxed yet vibrant tune, with a vibrating bassline and echoing vocals, whilst ‘Got To Be Conscious’ is a step into the political, with a heavy undercurrent, designed for the dancefloor. Overall it’s a successful release for late summer: ragga influences and understated production techniques lead to two very well-structured and gracious tunes. (JMM)

Album: SpectraSoul
‘Delay No More’ (Shogun Audio)
Despite a meteoric rise to fame, Jack and Dave took their time producing this album and it shows. Every track is well considered, whether it’s the coolly triumphant chords on ‘Light In The Dark’ or the technical precision of ‘Away With Me’ with its stripped back, minimally naked drum loops. The record’s got a maturity and contemplative patience that means it wouldn’t be out of place in the background of a Guardian readers’ down-with-the-kids dinner party as much as in the tinny earphones of that spotty school-boy on the bus. (ZC)

Sometimes an article is a bit of a team effort, and those are tagged SOURCE Writers. If you’d like to be part of that team, hit the Contact link at the top and get your work on this website.
← PREVIOUS POST
Street Style, Jaimes
NEXT POST →
David Bramwell, Unsung Hero No.33
Mailing List
Recent Posts
Website developed in Brighton by Infobo
Copyright © Brighton Source 2009-2021
Locally Sourced, Sept 2012 - Brighton Source