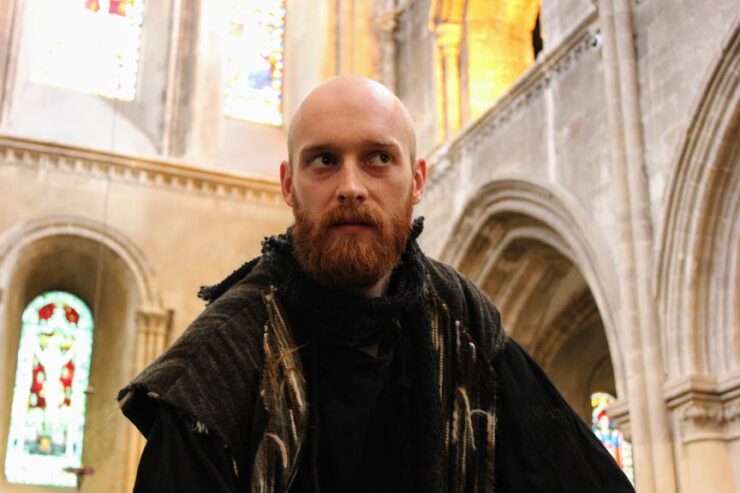 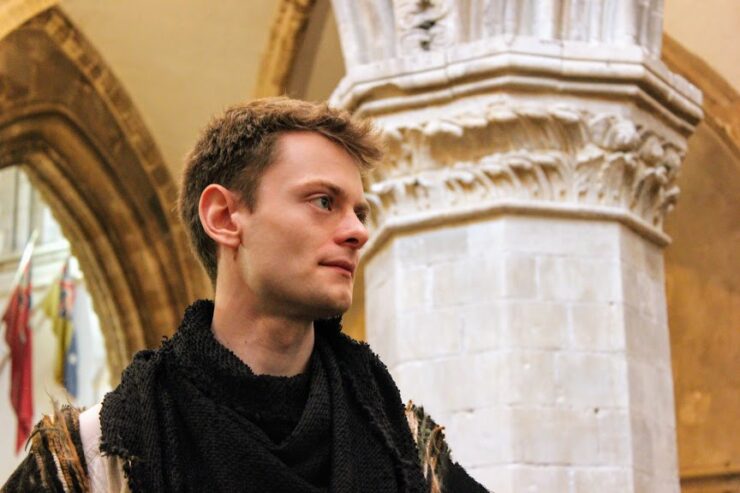 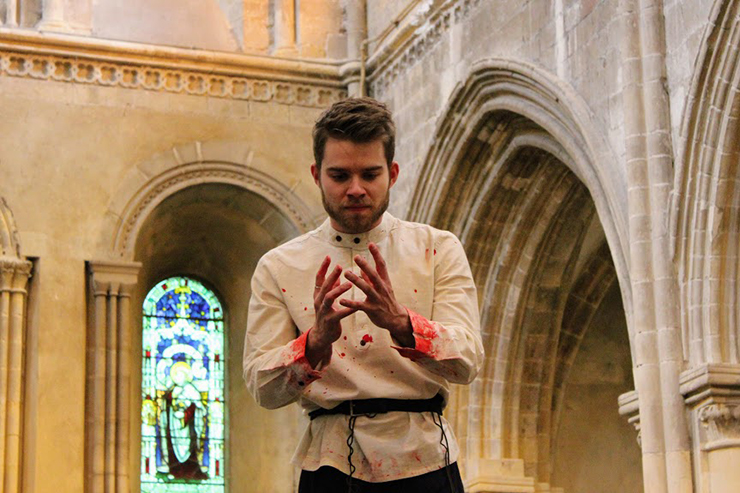 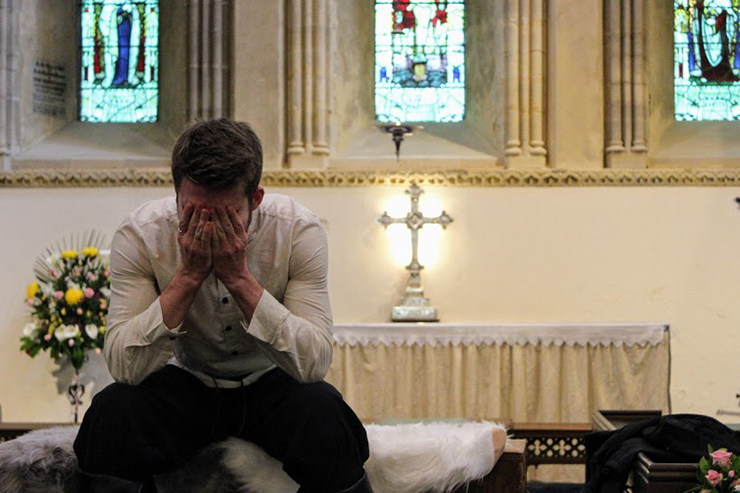 Power, ambition, murder, blood! That would be a capsule summary of Macbeth for idiots. But why stick with plot summaries when you can see a cracking performance like this?

The drama started before the play began. There was a wicked storm, torrential rain and not a street light in sight. Yes, finding your way to Preston Old Church can be a challenge. But it was the perfect venue for the play.

In fact, This Is My Theatre company, have a reputation for staging drama in locations that complement the theme. And what better place than a 13th century church to perform a play that is set in the heinous early medieval period? Bare stone, wall paintings, exposed beams.

This was a canny one act version of Shakespeare’s tragedy performed with a handful of actors, playing multiple roles. It was directed by Sarah Slator with her usual care to conduct the action, present the mood and unveil the action while not allowing us to get lost in the minute detail of every speech.

The chanting of Scottish Gaelic words – while the actors thumped wooden T-chests cajun-style – began before the play started and returned to set the atmosphere and punctuate scene changes. Simon Stallard, who arranged the music, conjured a moody and at times insistent chant to complement the action at different stages of the plot. Simple pale lighting on each side of the stage – red, green, blue – subtly underlined the mood changes.

We were lucky to see Ethan Taylor – our ace Source theatre reviewer – strutting his stuff in his true profession as he played a moody, ambitious, guilty and ultimately demented Macbeth. This was high quality theatre with the actors thoroughly embodying their roles. Accurate body language conveyed the characters’ feeling and intent as much as the script. Jessica Wren played a suitably conspiring and vengeful Lady Macbeth and – along with womenkind in general – played a couple of other roles too when we weren’t looking!

Macbeth starts with a white shirt and leather belt strap but he’s soon being urged to use a dagger to move up the social hierarchy. Pretty soon he’s successfully wearing a crown. But Mr and Mrs Macbeth look amazingly guilty. There’s blood everywhere and the prophecies from a coven of witches begin gnawing away at his mind. It will all be OK as long as the woods don’t start moving.

And then the woods start moving. The downward spiral begins.

Mike lives in Brighton. This is a full time occupation. He's also a researcher, writer and activist. Any time left over he spends hanging around cafes and pubs listening to people on their phones. He loves theatre that pokes into difficult places. You won't find him on Facebook.
← PREVIOUS POST
Cinecity 2020
NEXT POST →
Lost & Found: Poison Girls