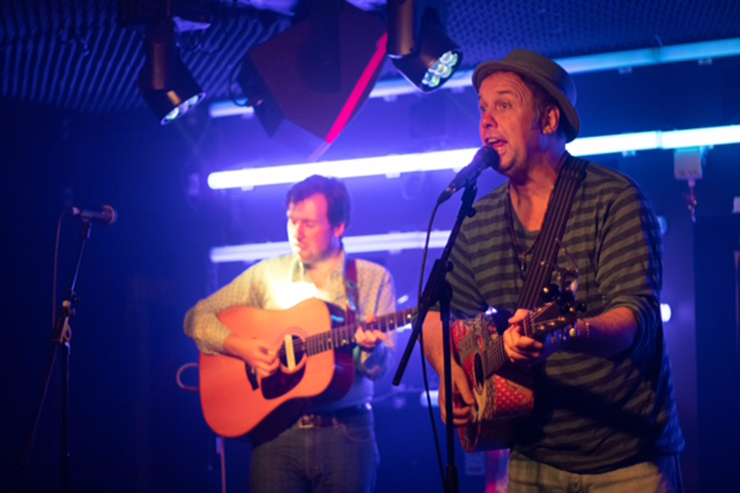 A rainy night in Brighton does nothing to dampen the spirits of the audience heading to Patterns to see The Daintees. This is the second date of a nationwide tour and for us it’s a long time coming. The vibe is intimate and relaxed with a joyous mood of expectation. There is sterling support from Dublin acoustic duo Angie McLaughlin and Shane McGrath, who ease us in with heartfelt songs and sweet melodies, perfectly setting the scene for what is to come.

One of the North East’s most-loved bands, The Daintees took our uni world by storm in the 80s with their debut album ‘Boat To Bolivia’. Fast forward to 2020 and Martin Stephenson took our lockdown world by storm when he hosted fortnightly online gigs from his living room in the Scottish Highlands. These gigs featured a vast army of songs accrued over years of being creatively free to record on his own Barbaraville label – and the stories and laughter to go with them.

Never one to sit quietly, Stephenson was involved in an impressive array of releases during lockdown. These included the unofficially titled ‘Pink Tank’ album (named after an old toy tank found washed up on the beach), a fine collaboration with his partner Anna Lavigne on her first release ‘Angels In Sandshoes’ and a sensitive reworking of the Daintee’s fourth album ‘The Boy’s Heart’ for its 30th anniversary.

Stepping out of this virtual world to see the singer in the flesh makes tonight’s gig seem even more like a special occasion. The band takes to the stage with fresh spirit, celebrating the rich Daintees family heritage. On bass is Adrian Dunn, son of original Daintees guitarist Gary; wielding the drumsticks is 20-year-old Charlie Smith, grandson of original drummer Paul Smith; and on acoustic guitar is Rupert Hughes, son of guitarist Taffy from Hurrah! (labelmates with The Daintees on Kitchenware Records, alongside Prefab Sprout).

The emotional connection to these young lads is paramount and makes for an atmosphere akin to a family gathering – likeminded souls in synergy rather than a room full of strangers. The band launch into the reggae groove of ‘Boat To Bolivia’, the title track from the album, and the audience are instantly on board. The party has started. 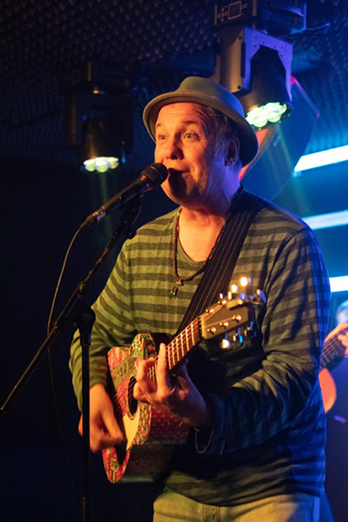 This Daintees set delights with a wave of classics ‘Colleen’, ‘Slaughterman’, ‘Running Water’ and the anti-Thatcher song ‘Left Us To Burn’. Martin Stephenson, his usual relaxed self, tells humorous stories, covering topics such as lift music and a failed robbery. Then, in a beautifully still moment, the haunting opening of personal favourite ‘Rain’ echoes around the venue. The crowd joins in, singing softly, in a moving moment of togetherness. This flows into the heartfelt ‘Signposts To Heaven’, with vocals from Anna Lavigne.

Next, the band explodes into the rip-roaring moshpit vibe of ‘Harajuku Punks’ from the excellent new Daintees album ‘Howdy Honcho’. ‘I Cried For You’ follows, an emotional response from Martin Stephenson written straight after hearing news of his cousin’s death, a breathtaking tribute. Then it’s back to old favourites, finishing with the roof-raising ‘Salutation Road’. The delight and joy in the room is evident and MS sums it up as “the collective power of music”. We can’t wait for the next opportunity to join in the fun again.

Sometimes an article is a bit of a team effort, and those are tagged SOURCE Writers. If you’d like to be part of that team, hit the Contact link at the top and get your work on this website.
← PREVIOUS POST
7 Shows To See At Brighton Digital Festival 2021
NEXT POST →
Greenness Review and Interview
Mailing List
Recent Posts
Website developed in Brighton by Infobo
Copyright © Brighton Source 2009-2021
Martin Stephenson & The Daintees Review - Brighton Source