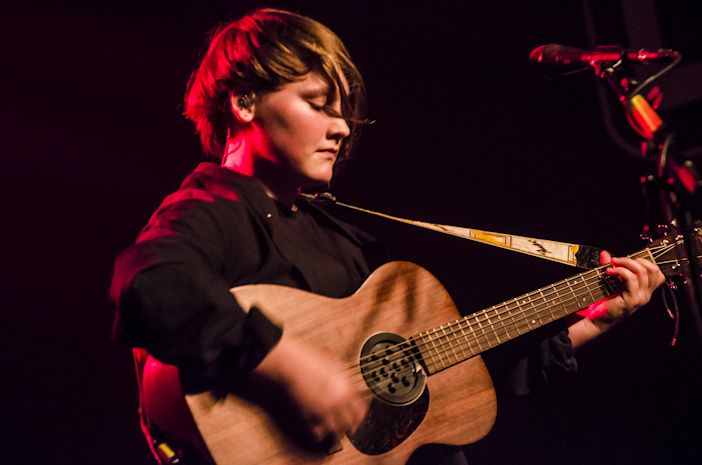 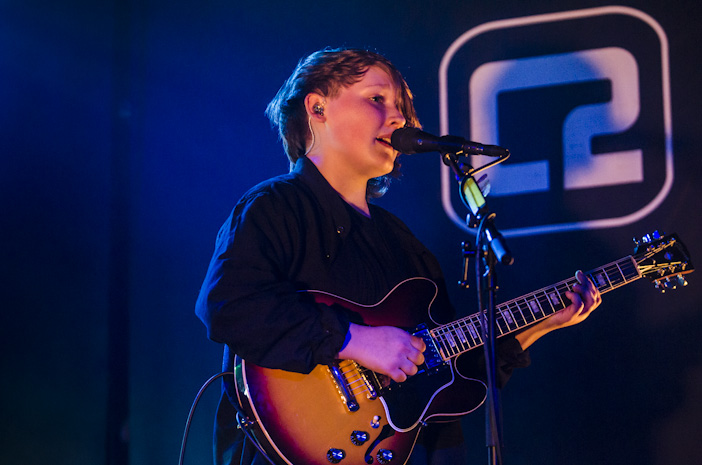 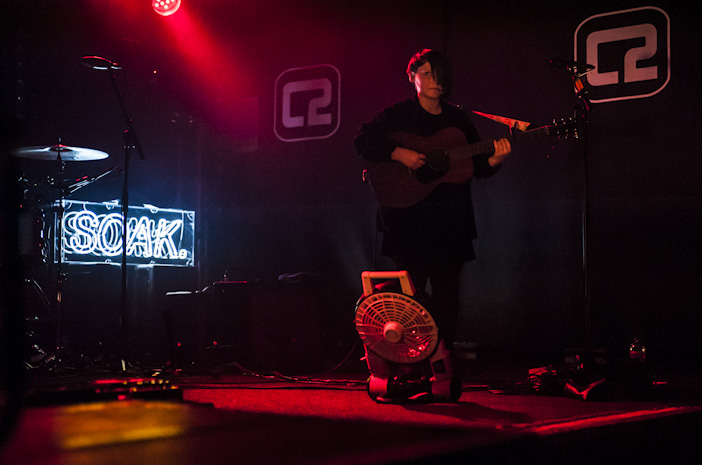 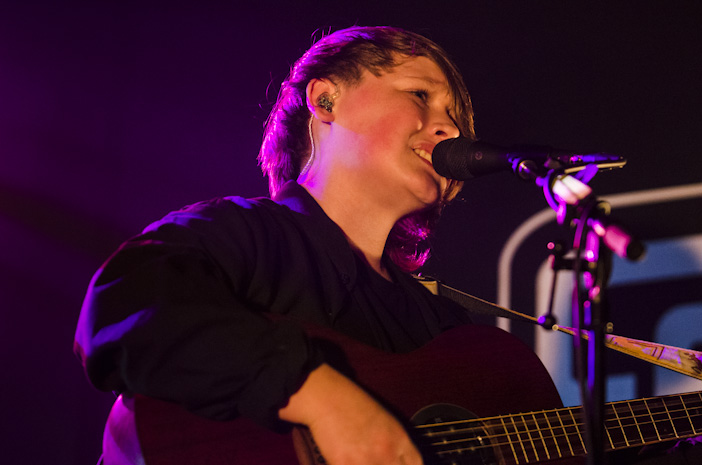 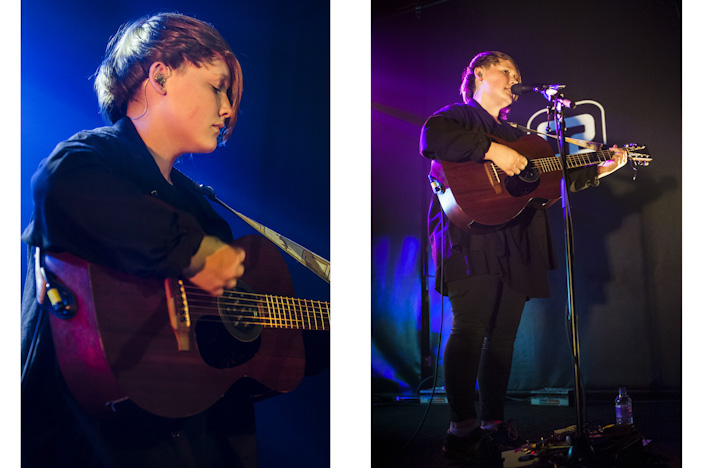 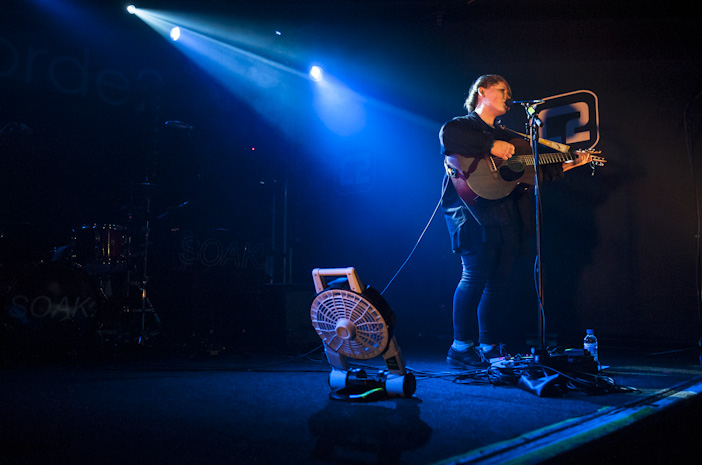 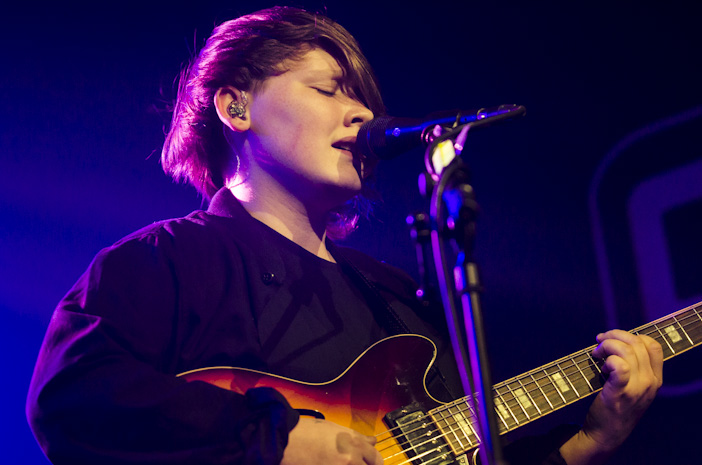 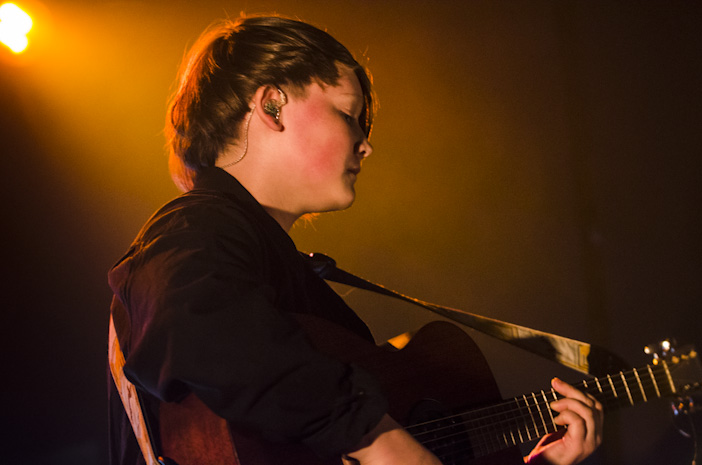 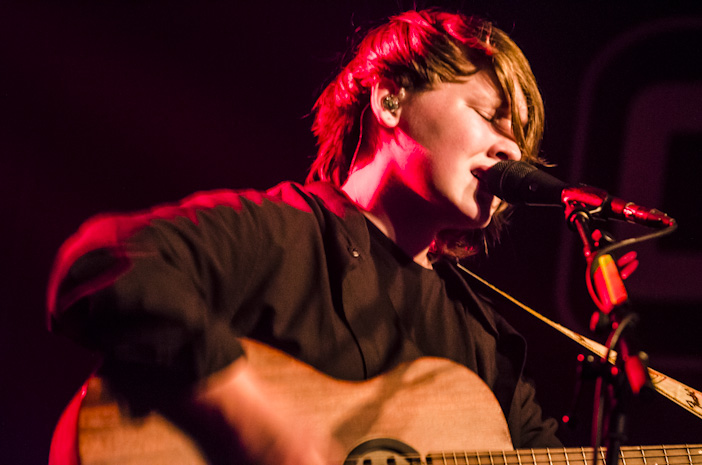 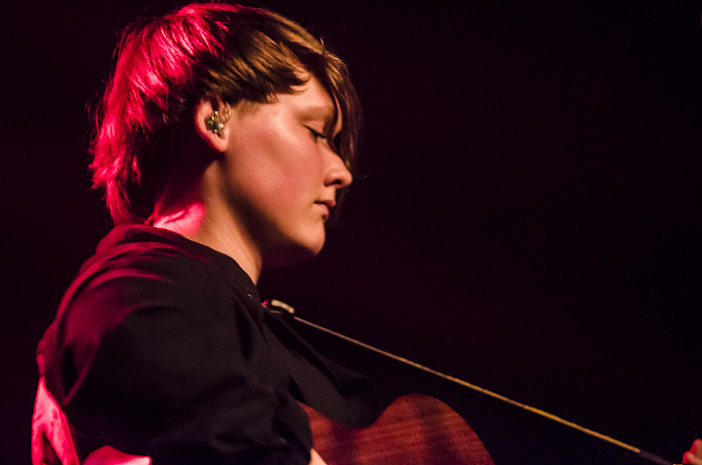 Soak, the Irish singer songwriter, is riding a tide of adulation from the music industry after being nominated for the Mercury Music Prize this year for her debut album ‘Before We Forget How To Dream’. Prior to that she was on the BBC’s Sounds of 2015 long list. She has been a musician since she was 15 and had already released music independently before Chvrches’ label put out her ‘Trains’ EP last year.

Going on stage unaccompanied and bathed in a purple spotlight, Soak lets her voice speak for itself. Diminutive in stature but blessed with a voice big enough to fill the room, she hits her stride very quickly. After the first two songs, she’s joined by her band for the rest of the gig. Live, the comparisons to Laura Marling are there in terms of her voice and guitar style. Keeping to the songs from the album, her vocals are powerful yet soft and imbue the songs with a dream-like quality. The band add bombast but since her material and voice are so strong by themselves it feels like over-egging the pudding.

As a performer, peering through her long fringe, she kept the music to the fore. The stage banter was minimal but talking about 2p arcade machines on Brighton Pier and wanting to move here, endeared her to the packed crowd.

Earlier in the evening we were treated to the folk inflected songs of Brightonian Jacko Hooper as well as Rozi Plain, as main support. Sounding like a new incarnation of old favourites Peggy Sue, she nevertheless struggled a little against a bass heavy sound which made the subtleties of her music difficult to pick out. We’d rather hear Rozi Plain in a more sympathetic venue.

For Soak, though, the gig felt like the end of the beginning. Larger venues surely beckon and with her undoubted knack for sensitive songwriting, it’ll be fascinating to see her develop from teenage talent to established performer.

Sometimes an article is a bit of a team effort, and those are tagged SOURCE Writers. If you’d like to be part of that team, hit the Contact link at the top and get your work on this website.
← PREVIOUS POST
Benjamin Clementine, Thurs 3rd December
NEXT POST →
Godspeed You! Black Emperor Review
Mailing List
Recent Posts
Website developed in Brighton by Infobo
Copyright © Brighton Source 2009-2019
Soak Review - Brighton Source