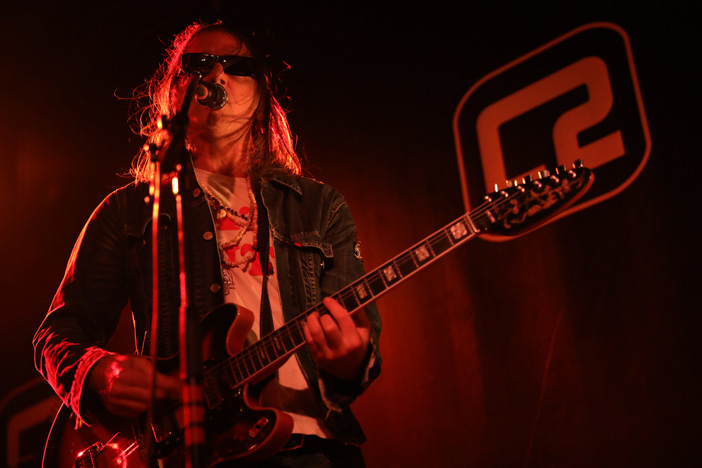 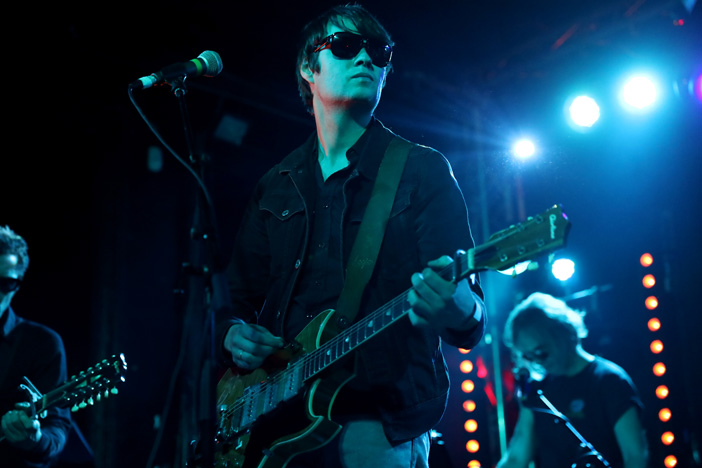 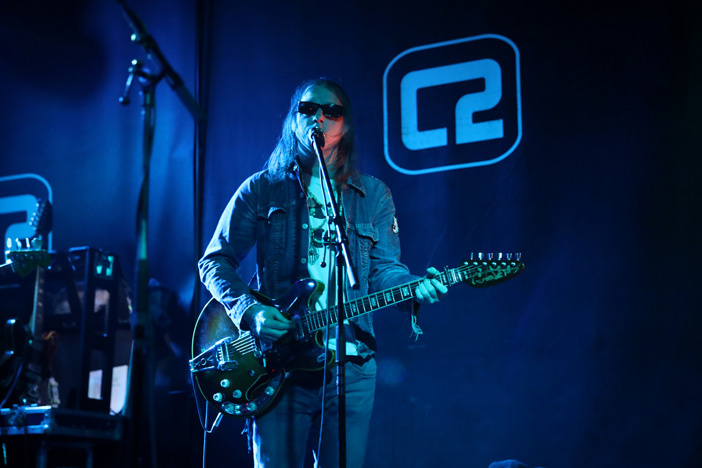 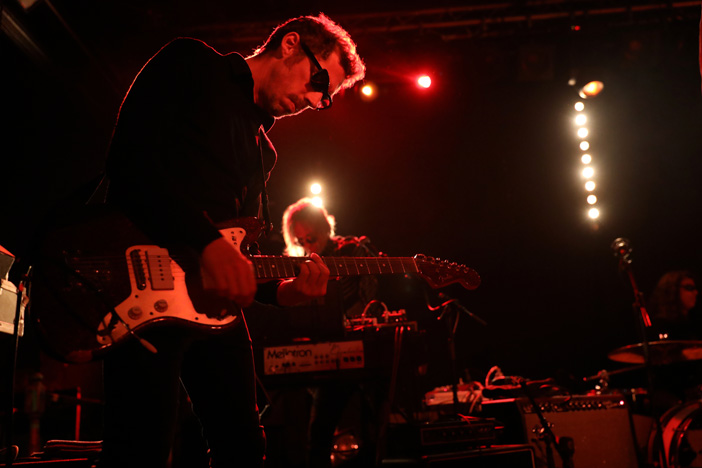 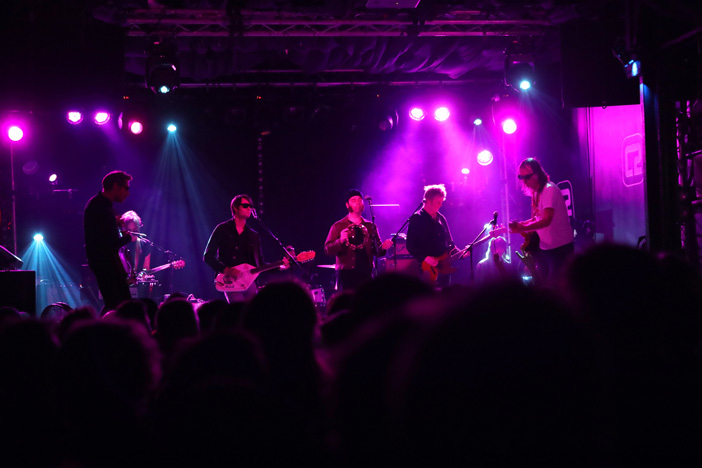 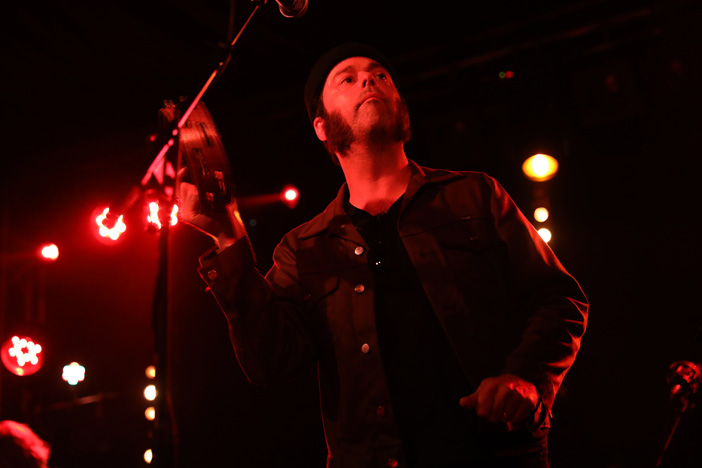 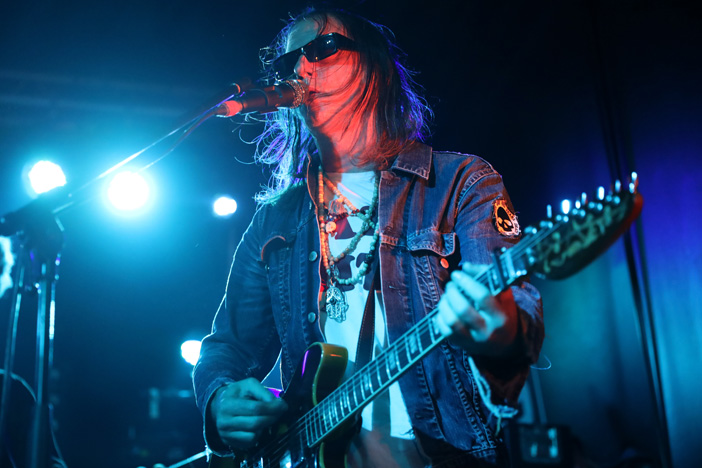 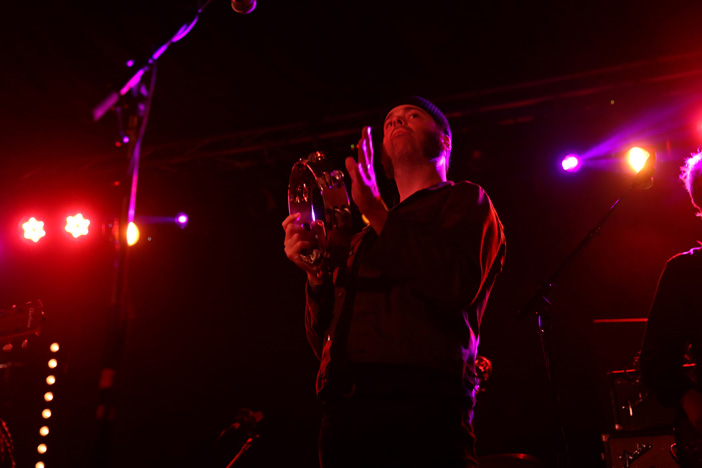 Touring off the back of their spectacular new album ‘Something Else’ – an impressive return to form – The Brian Jonestown Massacre came to Brighton for a second night of sold-out shows.

As the lights fade and the band take the stage, tambourinist Joel Gion is greeted by a rapturous reception, proudly standing front and centre in woolly hat and sunglasses. Guitarist Ricky Maymi oozes effortless cool, whilst singer Anton Newcombe places himself far right of stage, brandishing ‘EAT SHIT!’ on his t-shirt. Amongst the long-serving members are some more unfamiliar faces in the form of drummer Sara Neidorf and icelandic trio Hallberg Hallbergsson, Hákon Adalsteinsson and Ryan Van Kriedt. Who all collectively play a flawless set over the course of the next two hours.

When they kick off proceedings with unreleased track ‘We Never Had A Chance’ it’s clear that the night is entirely on Newcombe’s terms – did we expect any less? Following the slow and soulful opener, the pysch-rockers launch into ‘Van Hande Med Dem?’ from 2014’s ‘Revelation’, turning the mood from contemplative melancholy to bouncing jubilation.

The rising organ and rigid chords on latest single ‘Hold That Thought’ have all the makings of another classic BJM track. Fan favourites ‘Pish’ and ‘Anemone’ are inevitably set highlights, and when the audience sing back “You should be picking me up, instead you’re dragging me down”, it’s enough to make the hairs stand. ‘Who?’ kicks off the first moshpit of the night, with its simple but catchy chorus and the solo in the middle of ‘Nevertheless’ is sheer bliss with all its 60s tones.

Newcombe, a notorious perfectionist and known for his off-kilter comments, shouts down a heckler and guitar tech after stopping a song TWICE to tune a guitar. From here on in it all takes an entertaining turn as more onstage banter occurs due to a blown bass amp. Newcombe says to the crowd “People ask why I own a bunch of guitar amps and heads, it’s because shit happens.”

Following the short interlude of technical issues, a beautiful rendition of ‘Devil May Care’ transfixes with its trance-like psychedelia. This is followed by a rather epic version of ‘Yeah, Yeah’, ending in a climax of dazzling euphoria, with Newcombe and Maymi trading off each other at opposites ends of the stage.

The set ends where it all began, with another unreleased track called ‘A Word’, finishing in an explosion of chaotic feedback. Newcombe remains on stage to loop the noise on his guitar pedals and play a simple beat on the drum kit. This goes on for almost ten minutes with nothing really happening, like some sort of performance art piece looping for eternity. Is this some kind of trolling or a genuine part of the show? Most of the audience remain to watch this strange occurrence unfold, until the beat finally stops. What a trip!