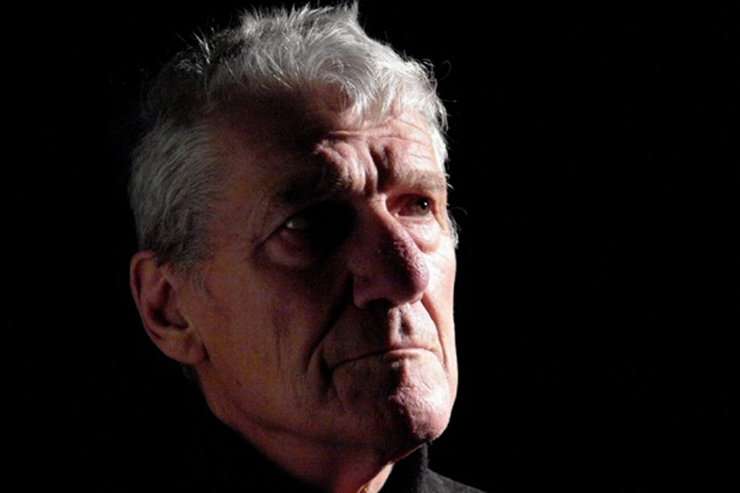 That’s where it starts for Andre. Then he finds strange people living in his flat. They keep stealing his watch.

Florian Zeller’s play, first performed to a UK audience in 2014, begins with feint shadows of Andre’s failing memory and ends with raging tears of dementia. In between, there is plenty of humour. Andre is astute enough to point out how forgetful his family are getting. He’s far from being a victim.

For the audience, it’s uncanny how his flat seems to look slightly different at every turn. Were there three pictures on the wall, or was it just two? And which woman is his daughter? We follow Andre’s confusion into the labyrinth.

The script crafts each point of this descent with precision and compassion. Andre never stops being a human being. And he’s got plenty of tricks up his sleeve.

“When are you going to stop getting on our tits?” shouts his son-in-law with despair.

It needs careful direction to allow us to see the ambiguities and subtleties. Mary Allen, as director, has done great work in fostering this approach with the actors. The pause with words unsaid, the quizzical face, and the fear of what may come, are skilfully revealed by the strong cast. Michael Bulman, as Andre, holds centre stage. His trembling lip keeps us watching.

The set and lighting played a strong part in keeping us focussed although some of us found the blazing light which punctuated the scene changes overly harsh. But, overall, this was a well crafted local production. It took us inside the conundrum of what part memory and personality play in our emotions towards others.

Mike lives in Brighton. This is a full time occupation. He's also a researcher, writer and activist. Any time left over he spends hanging around cafes and pubs listening to people on their phones. He loves theatre that pokes into difficult places. You won't find him on Facebook.
← PREVIOUS POST
Sports Team Review
NEXT POST →
Fontaines DC, Thurs 18th Apr