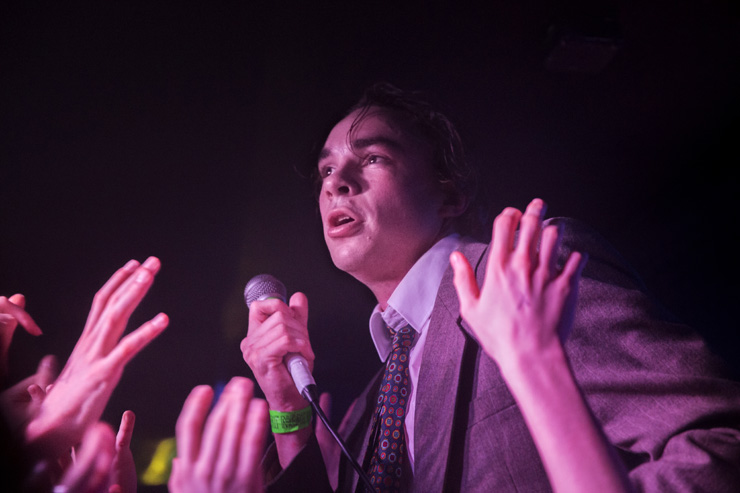 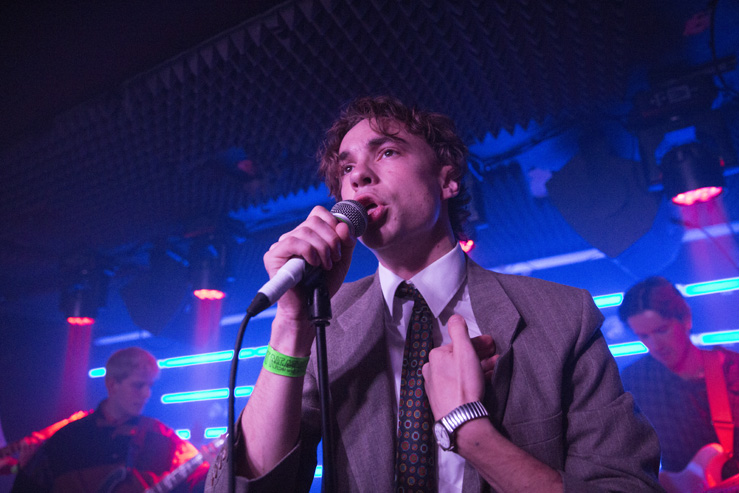 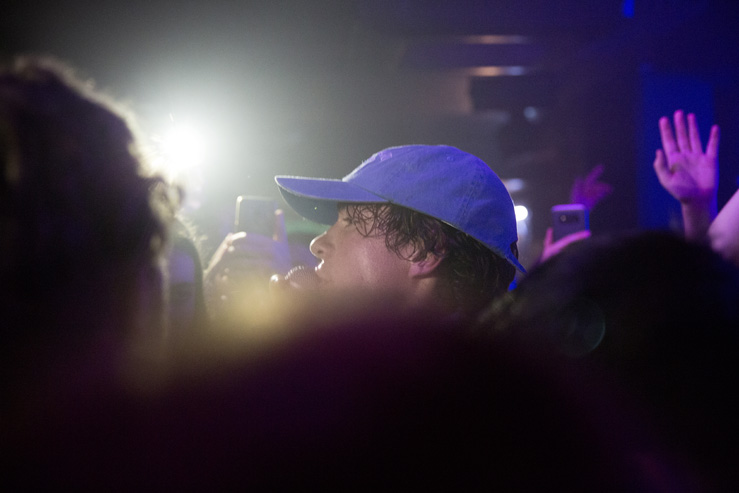 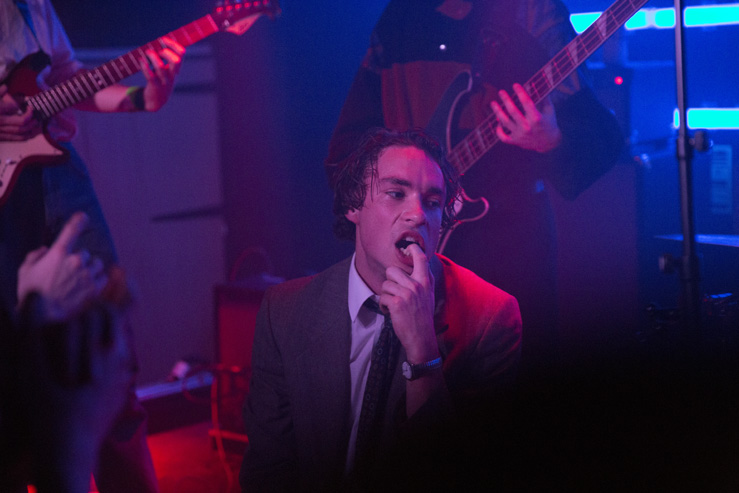 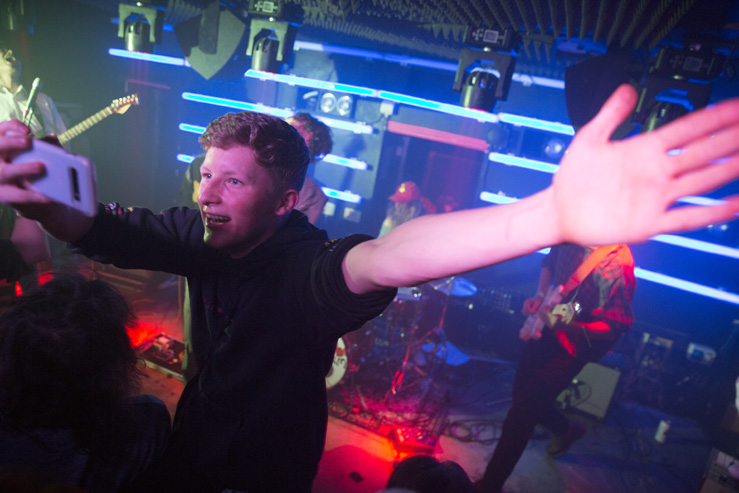 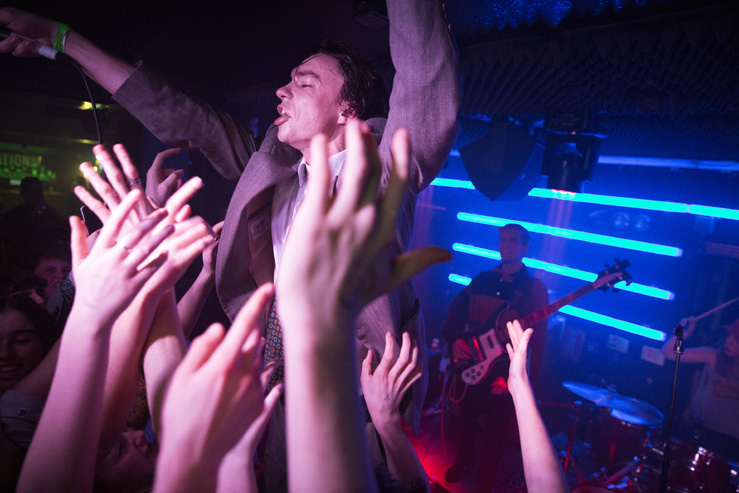 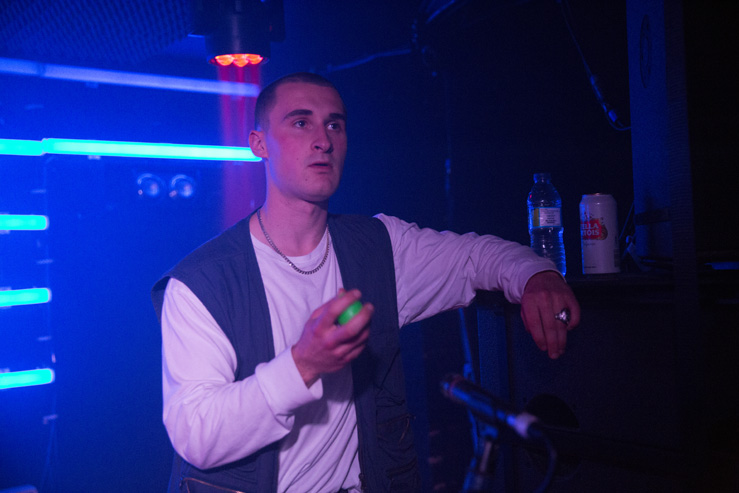 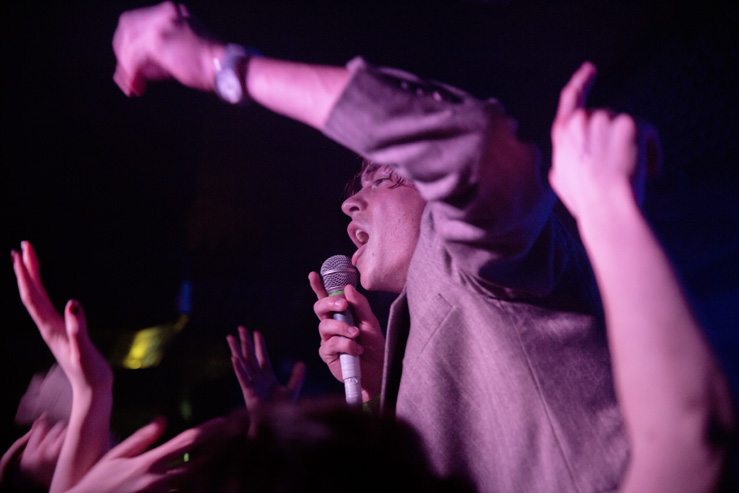 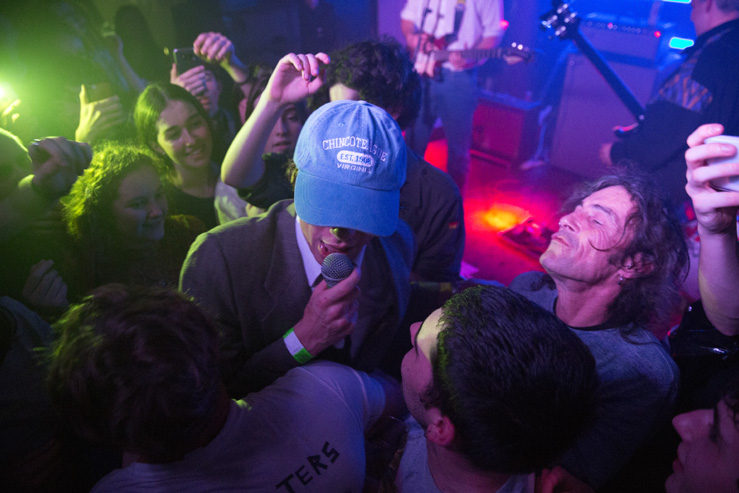 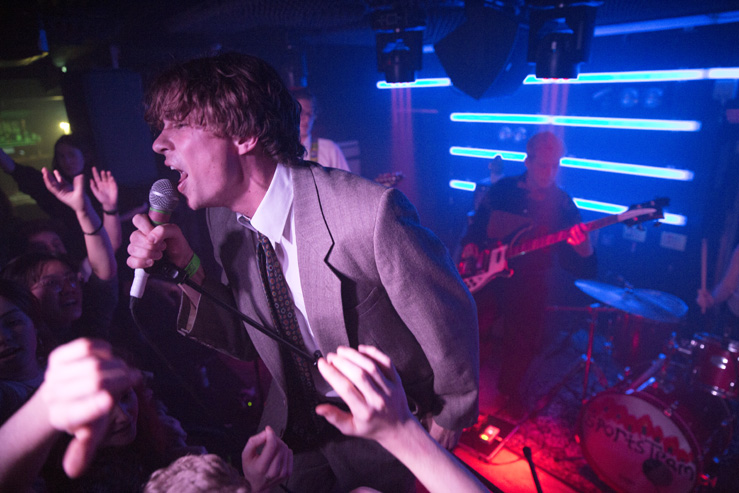 There’s quite a buzz around Sports Team at the moment. The Guardian credits them with being “a reminder of why guitar bands work”, while DIY suggests they are “an intoxicating live prospect”. Having checked out, and been mightily impressed with, their online presence, we headed to Patterns on Thursday night to see their live performance for ourselves. Would Sports Team deliver? 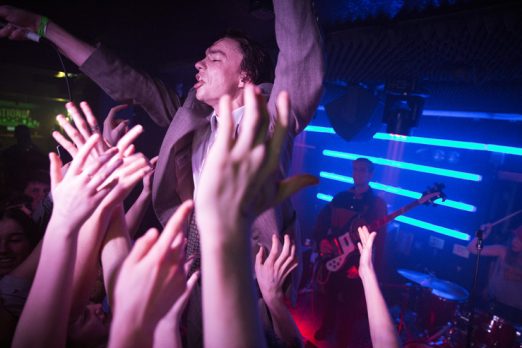 Support band Chappaqua Wrestling originally hail from Brighton. Four lads, in the classic band format of three guitarists and a drummer, give an excellent set of well-structured songs. The guitarists all take the mic on occasions, sometimes singing in unison; sometimes breaking into sweet harmonies that have a markedly 60s feel to them. Latest single, ‘Cry Every Time’, which gives a nod both to early Beatles and Elvis Costello, goes down especially well. The band reminisce about being at Patterns as punters rather than performers, then play out with ‘Plant Trees’ with the home crowd singing along: “You don’t love me, you don’t care…”

Six-piece, Sports Team, arrive on stage to the strains of Robbie Williams’ ‘Let Me Entertain You’. The mood is set. Lead singer, Alex Rice, dressed in a suit and tie, seizes the mike, the band breaks into a rhythmic bounce, the mosh-pit explodes and we’re off. Essentially, Sports Team are an indie guitar band, but with a certain pizzazz that sets them apart from the crowd. Along with Idles and Shame, they’re rejuvenating a genre of music that had become a bit tired. And how? For a start, there’s the sheer quality of the setlist. 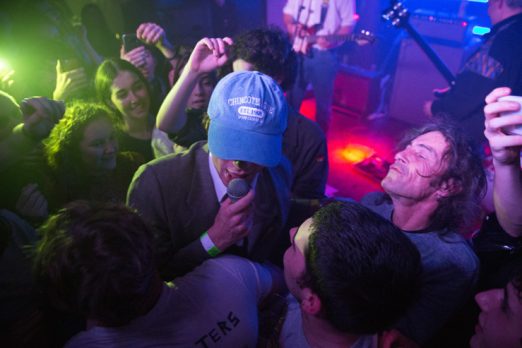 ‘M5’, ‘Margate’, ‘Beverly Rose’, and of course ‘Kutcher’, which has half the crowd punching the air and singing along with Rice, “I just want to be your mid-noughties MTV star”. One after the other, the songs fill the venue with their energy and infectious sense of fun. And ‘Georgie’, a new track, proves to be just as strong as the more familiar ones. Fresh melodies and compelling choruses, combined with lyrics that are both ironic and knowing, lead to hook-laden tracks of the highest calibre. 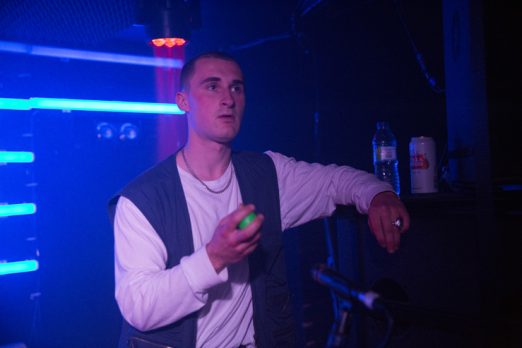 Plus, they are so well played. Guitarist/songwriter Rob Knaggs knows how to embellish a song without dominating, while drummer Al Greenwood drives everything enthusiastically forward. Then there’s Ben Mac – keyboards, percussionist and serial starer – who prowls the stage, intense and brooding, like a robotic Bez. But it is lead singer, Alex Rice, who steals the show. 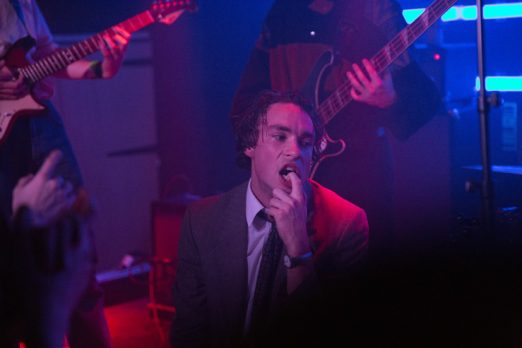 The six band members originally met at Cambridge, and the friendship between them is both obvious and infectious. The crowd love Alex. It is impossible not to. “I fancy you!” someone shouts at one point. He is a showman, his performance captivating and inclusive. He moves like Jagger; like Iggy Pop. He pulls a fan onto the stage, then waves him off as he body-surfs away. He grins, he pouts, he is gently self-deprecating. The atmosphere he creates during the show is just so much fun. 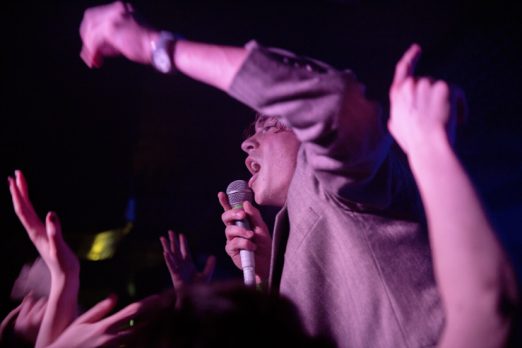 The band conclude their set with ‘Stanton’, one of their earliest songs, and a favourite with the young crowd. Suddenly it’s all over, far too quickly. But there’s good news. Sports Team, like Chappaqua Wrestling, are due to play at The Great Escape in May. We’ll definitely be there to see them again. 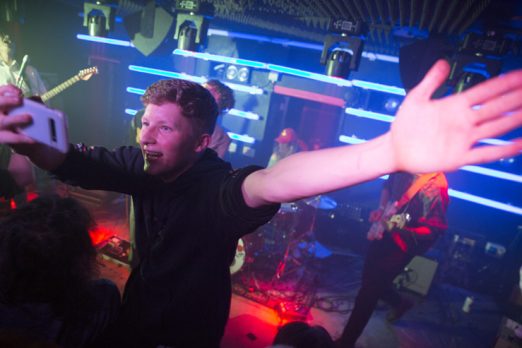