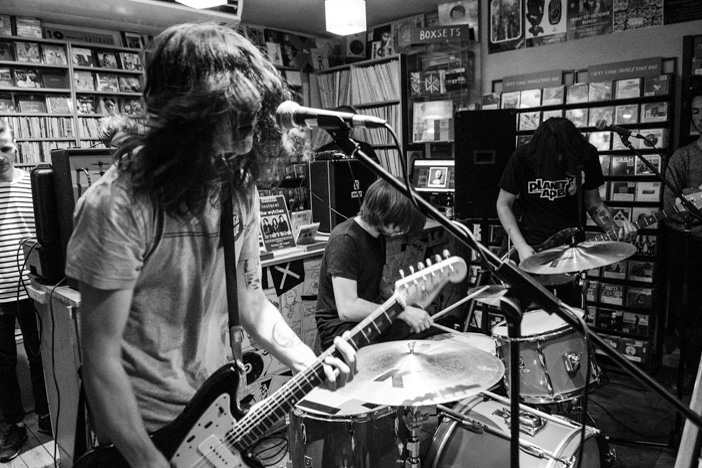 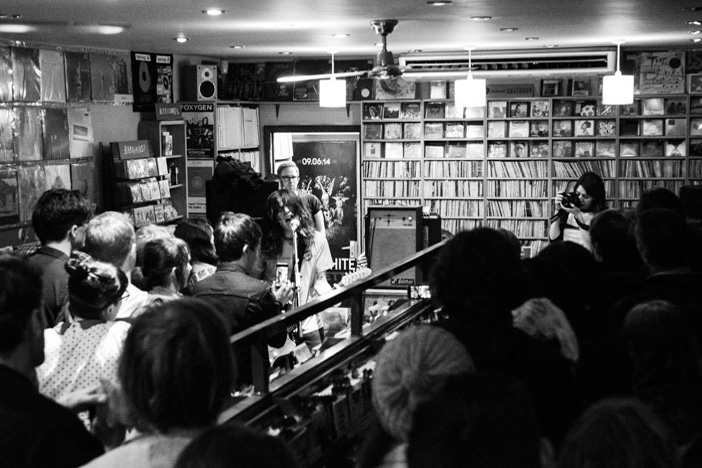 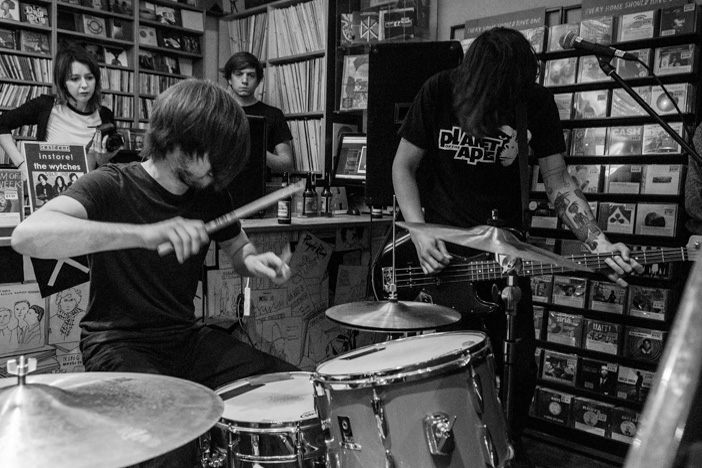 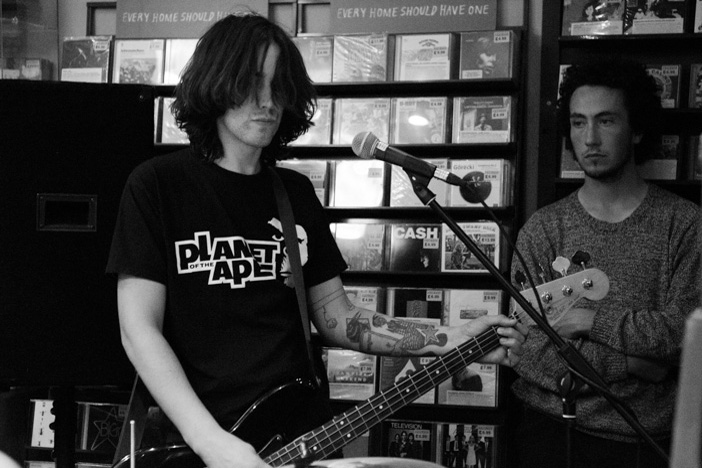 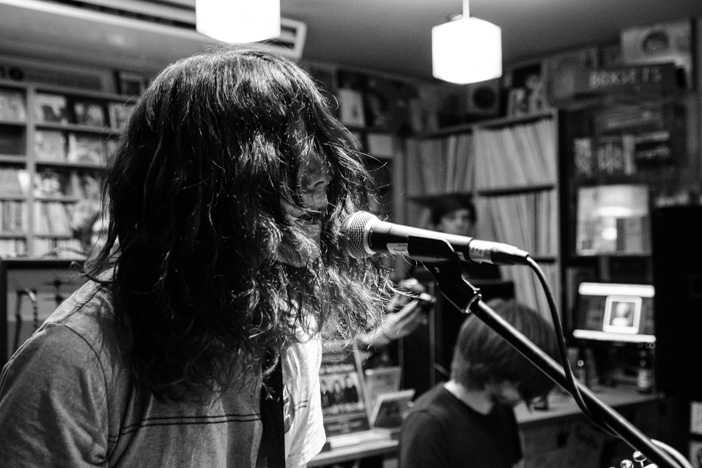 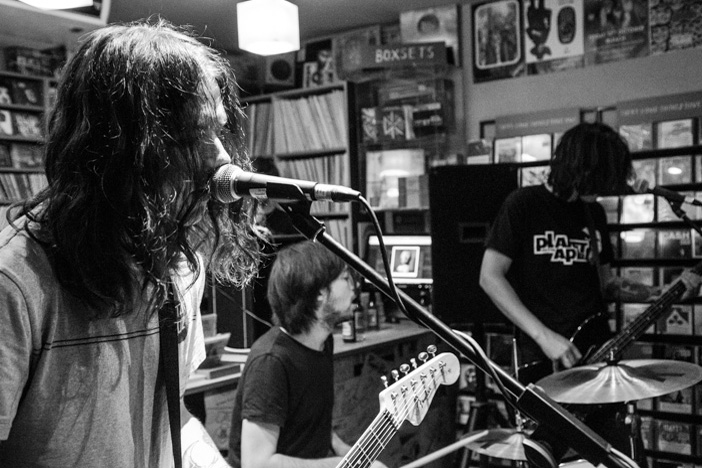 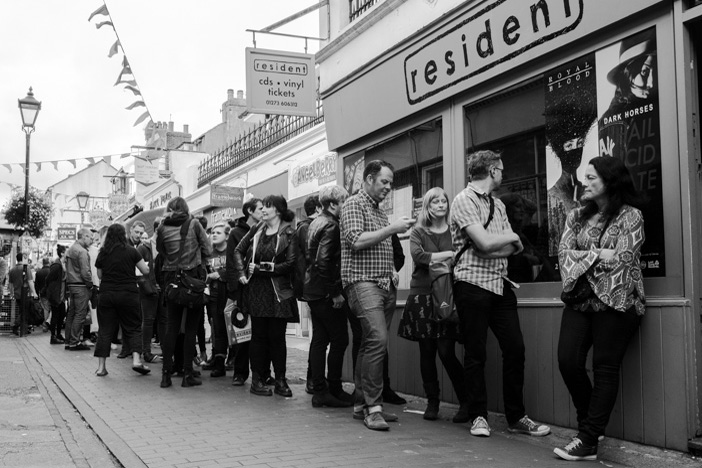 Fans had been queuing outside Resident Records and anticipation for the show was high for The Wytches to bring what they describe as ‘Surf Doom’, but the band also proclaimed it as simply good old Rock ‘n’ Roll in a recent BBC interview. Having just released their debut album ‘Annabel Dream’ The Wytches have been incredibly busy playing a series of intimate gigs this week, amongst them Rough Trade in London and a live set on BBC Radio 6. We were lucky enough to be able to attend their sold out show alongside 100 other fans, this is the first time we had seen a gig at Resident Records and it was quite a unique experience gathered in a crowd separated by the CD racks and surrounded by vinyl.

We expected the distinctive vocals of singer Kristian Bell alongside heavy riffs, feedback and the fruits of their labour from the sessions at the analogue Toe Rag studio where they recorded their album. We were not disappointed. Despite their busy schedule we did not sense any tiredness during their set, and the quality of sound produced in this unorthodox venue is impressive. In such an intimate venue the drums risked drowning everything out, but the raw punk guitar and heavy bass show through and they thrash through the set list with the solid head nodding rhythm of their releases ‘Wire Frame Mattress’ and recent single ‘Burn Out The Bruise’.

The crowd might not have responded in the sweaty mosh pit laden way the band are used to, but they got what they came for in terms of a fix of dark and heavy rock music and we recommend catching them on their upcoming tour as they carve out their unique style and sound.