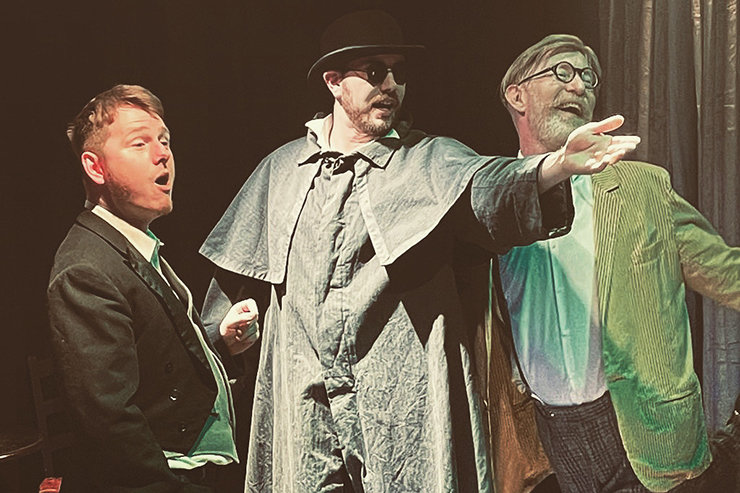 Twelfth Night at the Curzon

If you haven’t touched Shakespeare since your GCSEs at school don’t worry. You’ll still get a heap of enjoyment from Robert Tremayne’s bouncy adaption of Twelfth Night. The play twists and turns, with cross-dressing, gender-bending, mistaken identities and homoeroticism as central parts of the script.

It’s a pity the Bard didn’t have access to ‘they’ as well as ‘she’ and ‘he’ to provide a bit more room for manoeuvre. But this (so-called) comedy deals with serious contemporary themes embedded in gender and social hierarchy.

For this performance the conventional rows of seats at the Curzon were rearranged. We were sitting around the edge of the studio with the actors in the middle. It was immediately enticing.

The production starts boldly by transporting the play to 1915 when the Lusitania liner was torpedoed off the southern coast of Ireland with the death of 1,959 people. Purple smoke and chaos was everywhere. 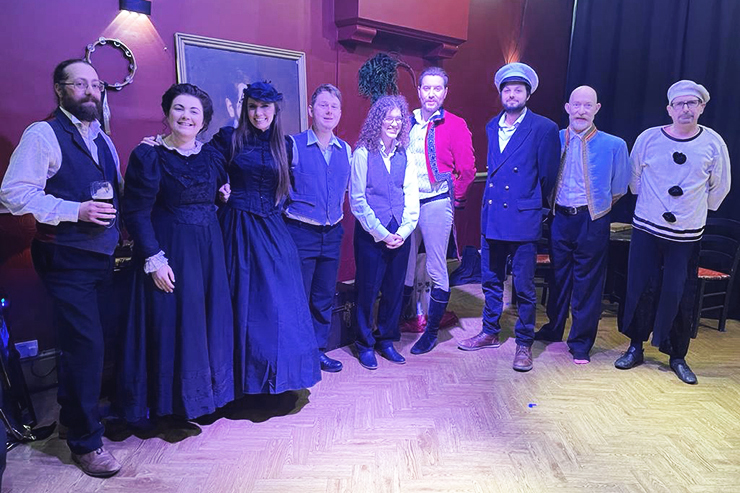 In the melee of this sinking ship, Viola and her twin brother Sebastian became separated. Both children survived although they had no knowledge of each other and grew up separately. Viola had always presumed Sebastian had drowned. As an adult, she took on the identity of a man, renamed herself Cesario and got a job with a royal. Meanwhile, Sebastian, who was brought up by a sea captain, started climbing the social ladder too. There was plenty of trickery and foolery to follow! Stupid comedy pokes fun. It’s two men’s little trick. “We’ll play! Yes you hide.”

At this stage you might be saying, yes, very enjoyable, plenty of confident and precise acting. Great props. Super atmosphere. And during the interval, the drag queen’s regular spot – strutting stuff in the Curzon bar downstairs – provided an ideal complement to the play. But you might be thinking: what a very silly play! There are a lot of words! It’s doing my head in! Did the Bard have a bad day – where is all this going?

That’s exactly it! And maybe that makes Twelfth Night so curiously modern. Plot lines seem to shrink. Characters appear to toy with their tropes and morph towards other roles. And surely that cute Cesario is not offering a parody of masculinity? After arguing about this all along St James Street, some of us decided that Samuel Becket, Caryl Churchill, Harold Pinter and Virginia Woolf had all drawn from Twelfth Night.

Maybe. Or was it: “The fool doth think s/he is wise, but the wise woman/man knows her/himself to be a fool.”

It’s a long play and needs your close attention. Tough but definitely worth seeing twice. More than a comedy.

Mike lives in Brighton. This is a full time occupation. He's also a researcher, writer and activist. Any time left over he spends hanging around cafes and pubs listening to people on their phones. He loves theatre that pokes into difficult places. You won't find him on Facebook.
← PREVIOUS POST
Skunk Anansie Review
NEXT POST →
The Great Escape 2022