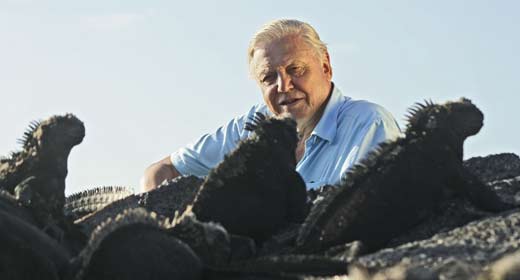 The inaugural event saw performances by Lawrence Olivier and Yehudi Menuin, and that level of quality roll call has never relented. Now firmly ensconced as the arts world’s first port of call for the south and beyond, the Brighton Festival remains a delicious mix of the commercial, the challenging and the downright bonkers. Some SOURCE highlights wouldn’t go amiss, right?

Talk: Anish Kapoor & Marcus du Sautoy
Corn Exchange, Wed 13th
Plenty have questioned the relevance of Anish Kapoor’s appointment as the first Artistic Director of the Brighton Festival, countered by organisers who see the former Turner Prize winner as a celebrity figurehead for their programme. The Indian sculptor admits his installations don’t have any specific message or meaning, and his oddly skewed design for the Festival brochure hasn’t endeared him to the sceptics. For his actual works, he’s made a site-specific molten d ismemberment called Blood Stick In The Old Municipal Market, a monochrome massage machine in The Basement, boxes of fake blood in Fabrica and a spherical mirror in the Pavilion Gardens which literally makes the sky look like it’s fallen down. It’s all undoubtedly more satisfying to stare at than analyse, and Kapoor probably won’t be offering many more answers in this discussion of art and science with Oxford University top dog du Sautoy.

Only the most cold-hearted, cynical shopaholics can fail to raise a smile a smile while having their consumption disturbed by 4,000 kids in fancy dress. Ten thousand people turned up to watch last year – the rest were too hungover to deal with such jolliness.

One of the most pleasing things about this year’s Festival is the support given to Shoreline’s local folk collective. Many of the bands are playing across three Saturday night residencies, including the almost orchestral ‘mother band’ and folk metal Sons Of Noel & Adrian.

If your dial never makes it past Radio 1 you won’t know that Dr Phil Hammond’s show examines musical taste by inviting guests to play their favourite songs to a reaction from the rest of the panel. The show will be broadcast later on Radio 4.

The subjectivity of TV news has never been such a hot topic, and this production by Rimini Protokoll examines it in a very unusual way. Beaming accounts from international TV, a team of journalists and broadcasters will decode the day’s reports.

Surely a dream come true for local author and psychotherapeutic counsellor Sebastian Beaumont as he sees his cab-based novel take the form of a play. This is an early, ‘work in progress’ version and is the first outing for The Future Is Unwritten, Paul Hodson’s new Arts Council Funded company.

Not the only Joe Orton thing going on this month, this version of his holiday camp based play sees the cast and audience move around Brighton Pier (or as it’s correctly called, the Palace Pier) as the battle of conformity and permissiveness unfolds.

We’ve come around to thinking that former NME journalist/ZTT mouthpiece/talking heads whore Paul Morley is pretty cool actually. It took us a while to get there. But few are as articulate on music. He’s joined by poet Simon Armitage and Radiohead’s Colin Greenwood as the three talk about their new music journalism journal, Loops.

David Attenborough is a fucking prick. Ha, not really. To call him a national treasure is to talk up the crown jewels. He’s basically a god on earth. The Festival got so excited about this one they forgot to mention what the event is actually about.

This one is titled “The US as a superpower is in long-time decline”. Late Review’s Bonnie Greer and some other clever clogs discuss Bush and Barack getting blown out of the water by China. Economically, unfortunately. No shouting from the back please.