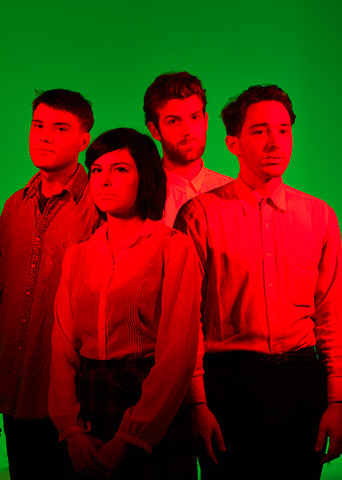 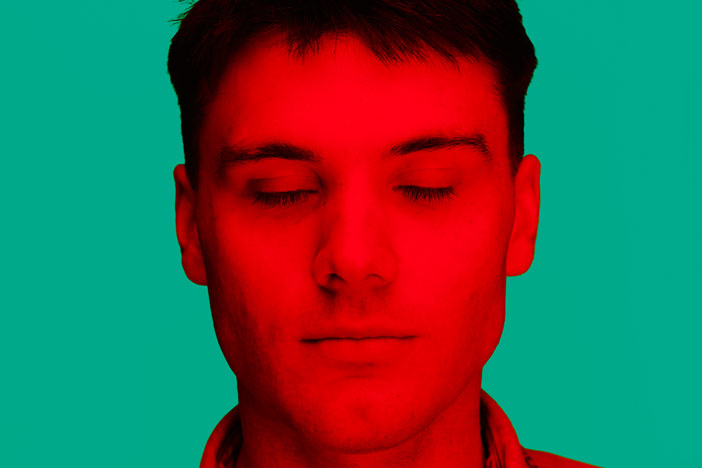 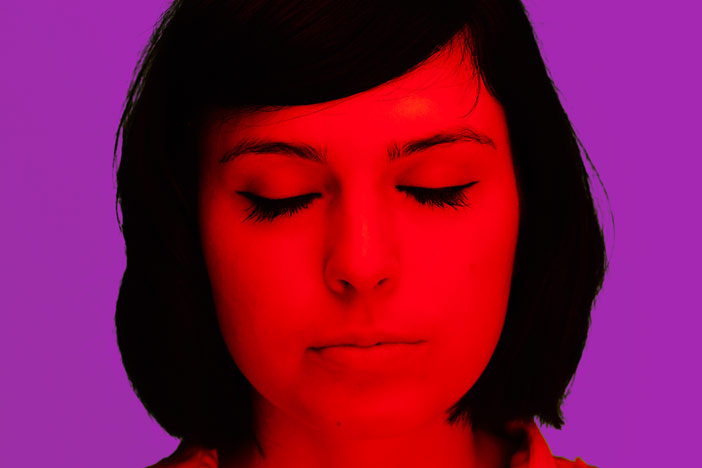 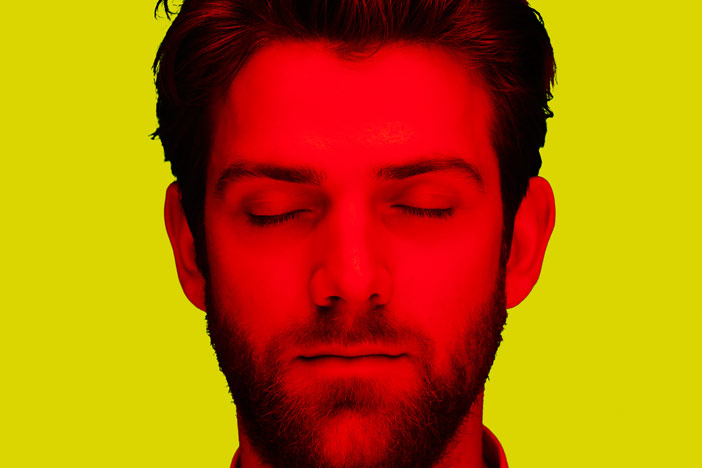 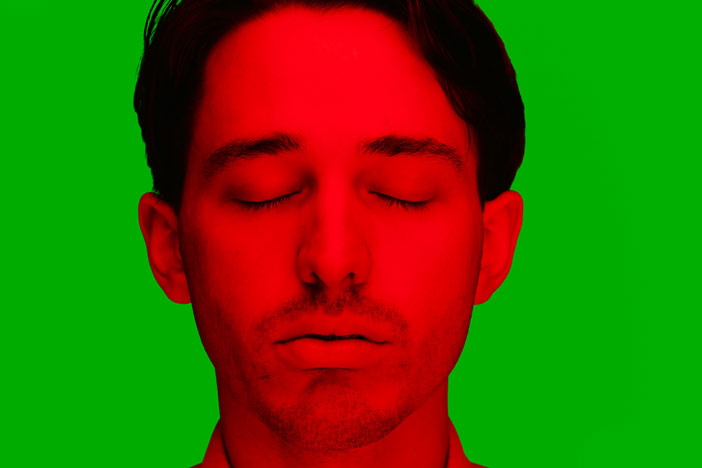 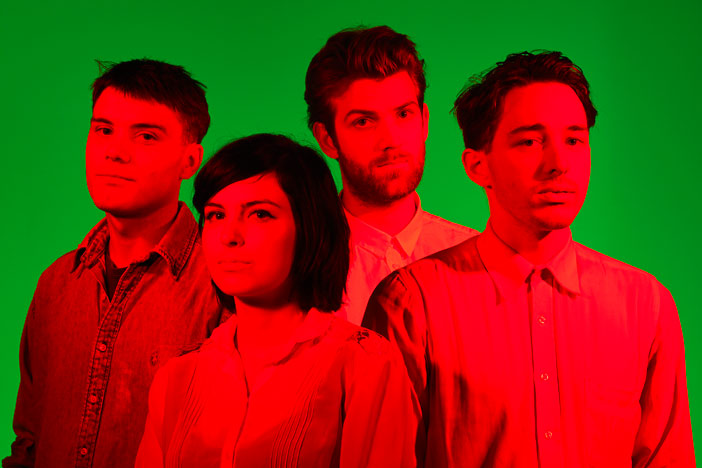 We’re so spoiled for music in Brighton. What other small city can count artists as diverse as The Maccabees, Rizzle Kicks and Bat For Lashes all making their names here? But now we’re not just creating great bands, we’re importing them too. Kins are from Brighton, but Brighton the town just outside of Melbourne. And now they’re here and we couldn’t be happier about it. Because Kins are really good – really, really good.

We’re basing our new love on, well, what little we’ve been able to hear of them so far. Their sole Soundcloud offering is ‘Break Ties’ which, even in the demo form it’s showcased in, is a masterpiece. With something of the sparse late night atmospheric guitars of The xx, it sounds full of yearning, just shy of its heart exploding.

Otherwise we can turn to their excellent seven-track mini-album ‘Dancing Back And Forth, Covered In Whipped Cream’, which has much of the same delicate emotion and pretty, gentle melancholic melodies but comes from the old line-up (more of which in a moment).

So the best clue of what to expect comes from seeing Kins live, where they push much more power, much more attack into the music, while maintaining the complexities of their recordings to date.

“Most of the aggression comes from religious oppression”, says Thomas, completely deadpan. For a minute we’re not sure if he’s joking. Certainly it’s not the first thing you’re going to pick up from seeing them play, and even guitarist and keyboard player Jackie is surprised.
“Really?” she asks.
“Previous bands and musical experiences have nothing on how much of an influence religion has played on our music”, he says seriously. “A big chunk of the aggression comes from, not religion as such, but the forced idea of indoctrination of children.”

“To be clear, both me and Thomas went to Catholic schools, even though neither of us are religious in any way”, explains Jackie. “Tom’s parents were very religious.”
“It’s not about my parents,” he stresses, “but about the social context in which I was raised, things like schools. I had certain friends that surprised me when they told me they were religious. From years of confusion, eventually in my much later years I understood what it was all about and extreme resentment came from that. I think there’s a huge part of it in the songs.”

Another part of where the live aggression comes from is their rhythm section, especially drummer Alex. It hasn’t been an easy road for Kins to get here, and despite a big send off from Oz only two of the original quartet remain. Thomas’ bassist brother’s visa went pear shaped and he had to return home, while their original drummer decided that at 19 years old he wasn’t ready for the permanent move and went back to study.

“It was horrible”, admits Jackie. “We got to this point and we were like, ‘What are we going to do?’ We had no idea. Brighton was the first right choice we made. We’d lived in London and felt like everything had fallen apart. But we got here, got our house, started settling into Brighton life and everybody was so helpful and accommodating, and we started meeting people. And then Alex and Rob came along.”

Affable bassist Rob is actually from Wolverhampton, but Alex is another Aussie that Thomas knew from touring back home.
“I remember being jealous of Alex’s singer for having Alex as a drummer”, recalls Thomas. “At the time I was playing in a band where I wasn’t in charge of the autocracy and I remember watching Alex and having this dream, ‘Wouldn’t it be great to have Alex in the band that I eventually form.’”

Thomas says that they have a connection. “I feel extreme satisfaction with the way he grabs onto the songs and rips them apart. I don’t know if that’s the right phrase. The way he harnesses them. We feed off each other, it’s back and forth until it’s this energetic, monstrous beast.”

Many of the songs are written by Thomas on bass, or with a starting point of programmed beats, rather than on acoustic guitar which Thomas find completely uninspiring and “weak”. It seems to make the melodies tiptoe around each other rather than the space being filled with strums and walls of distortion. Certainly big chords are not on the agenda.

It’s a sound that has certainly pricked the right ears, as Kins have an all star line up behind them, including management by the people who look after Mercury Prize winners Alt-J.
“We’ve got visas that will expire one day, in a year or two, so we always felt like we wanted to make our mark while we were here and get to work before our time ran out”, says Jackie. “We made our dream list of people we wanted to work with when we got here, and it’s mental that we’re working with those people now.”

It’s clearly going right since they got here, but what brought them to our shores? Well it seems Brighton’s reputation for being a centre of music travels right around the globe, this time in the form of a tip off from a friend who had seen a lot of the world. And that was all it took.
“When we arrived at Heathrow we stayed in London for about a month in total”, says Jackie. “For some reason it didn’t quite click with us. It just didn’t feel like home, or didn’t feel comfortable. We came to Brighton for a day trip, got off the train and straight away we were like, ‘This is home.’”
“Our manager pointed out that after visiting Melbourne it reminded him so much of Brighton,”, adds Thomas. “You can see where we drew that comfort.”
“If we weren’t in a band I think we’d still be here”, adds Jackie. “We just really like it here.”

The main reason for leaving was that it’s so expensive to be a band in Australia. You can forget driving just up the road to do a gig – most of the major cities are at least ten hours from each other.
“Melbourne is a fantastic place”, says Thomas. “It’s full of great food, it’s really good culturally, but it’s like an oasis in a very dry desert, quite literally.”
“Australia has a beautiful landscape and a great quality of life, but you do feel like the party is going on elsewhere”, adds Alex.

One party they’ve got lined up is the third Sea Monsters in January, where they’re playing our night.
“I remember seeing it in SOURCE when we’d just moved down, and saying, ‘Why aren’t we doing these things?” remember Jackie. “So it’s really cool to be doing it now.”
“We’re currently deciding which track to put on the compilation CD”, says Thomas. “There’s a lot of variation in our songs so it’s hard to pick one to represent ourselves. Our manager said the other day, ‘You’re just not a singles band, you’re an albums band,’ and I think that’s really accurate. I want to pick our most aggressive song.”

Which just about wraps things up, unless Kins have got anything to add.
“I always wonder, ‘What’s actually interesting to read in an interview?’” ponders Jackie.
“I could say some real controversial shit, just to spice it up,” Alex offers.
“What did I say about religion?” asks Thomas.
“That it contributed to the aggression of your music”, says Alex.
“Oh, good, that’s fair enough”, Thomas says with a smile.

James Kendall was the co-owner and editor of SOURCE. He’s been a music journalist since 1992 and spent over a decade travelling the globe covering dance music for DJmag. He’s interviewed a range of subjects from Bat For Lashes, Foals and James ‘LCD Soundsystem’ Murphy to Katie Price and the Sugababes. He’s a keen photographer and has work featured in The Guardian.
← PREVIOUS POST
Reclaim The Night Review
NEXT POST →
The Lovely Brothers Review
Mailing List
Recent Posts
Website developed in Brighton by Infobo
Copyright © Brighton Source 2009-2020
Kins Interview - Brighton Source