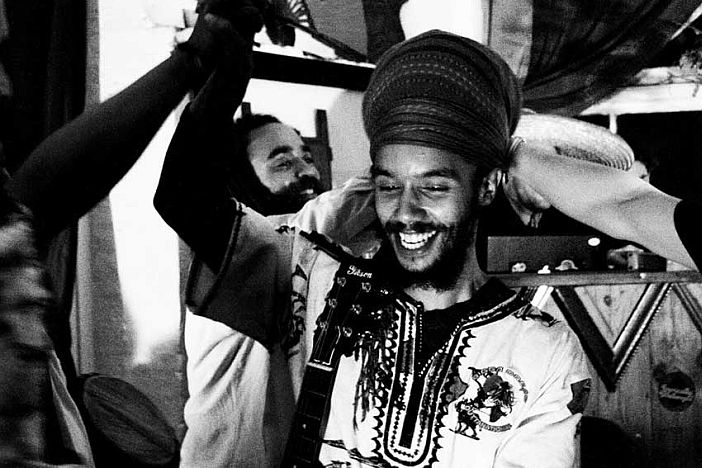 Reggae star Natty has been away from performing and releasing music for some time but he’s back with a new album and tour. We asked him what he’d been up to ahead of his sold out show at The Haunt.

Congratulations on your second album. It’s released this week, seven years after your debut. Given the success of ‘Man Like I’, why the long gap?
Give thanks. The album took its organic route, I could neither force it nor determine it, I had to let it create its own path in a way. I also was setting up my club night and label – both called Vibes And Pressure – as well as travelling and spending time on some charity projects, mainly the ERASE Foundation.

The album closes with a collaboration with George The Poet – how did you two hook up?
We’ve been friends for a while so it was only natural we did a song together.

There isn’t a physical version of the album available yet – would you like to see it released on vinyl or CD at some point?
CDs will be released on March 18th and exclusively on our tour, and vinyl will be out in the Summer. We’re very keen on physical copies.

There’s a vibrant roots scene in Brighton. Is this something you’re aware of and do you have any connections or memories of past gigs here?
We always have a great time at our Brighton gigs and yes, we are connected with some of the roots/dub talent from the South Coast. Prince Fatty, for example; he and I have worked together several times. He mixed my first album and he’s remixed the dub for my single ‘Gaia’.

Your sound has been described as soul-reggae crossover, but we’d say it’s more of a reggae-flavoured soulful consciousness style akin to Spearhead. Have you been influenced by Michael Franti and who are your current inspirations, musical or otherwise?
Sooooo many inspirations and Michael Franti is one of them. A lot of African artists, organic music, reggae, soul as well. To name a few: Jah9, Chronixx, Midnite, Nitin Sawhney, Sona Jobate.

You’ve been running monthly club nights, built a studio and released a compilation album of new artists – is this a natural progression for you and do you have any other ventures in the pipeline?
I’m always inspired by the musical talents that are coming up and enjoy creating platforms for these to be showcased, whether live or recorded and working alongside “the family” comes naturally to me. Yes, there are a few other projects being cooked up; we’ll be teaming up with collaborators to bring Vibes And Pressure nights to festivals, releasing some music from our stable roster and so much more.

Do you fear for the future of the UK’s youth under the current government or does oppression breed creativity and strengthen resolve?
I do not fear but at the same time I think there are better ways to breed creativity and strengthen resolve. Racial profiling, unfair sentences and a general mistrust between authority and youth can breed creativity, but then I think people would be creative no matter what the society. The art would just reflect something more positive, what it actually breeds is a society of fear and animosity, rather than one of love and positivity.

You took a break from music to travel and work with charities in Africa. Is this something you would like to continue in tandem with your career or do you prefer to keep these elements of your life separate?
I don’t keep anything separate. I am always going to make music and I am always going to care about people, so naturally it will blend.

Have you made a start on the follow up to ‘Release The Fear’ and can we expect further collaborations to come?
No I haven’t, but yeah I looking forward to collaborating in the future.

Good luck with the album and tour and we look forward to seeing you at next week’s show.
Much Thanks.