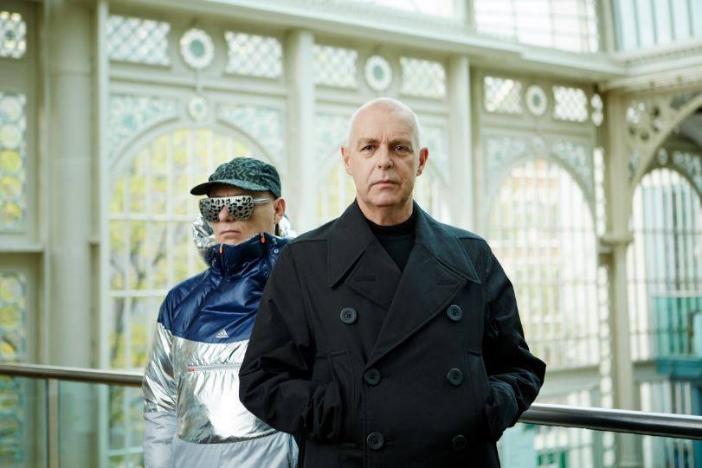 With Pet Shop Boys bringing a full headline show to Brighton Pride this weekend, we pulled together SOURCE writers and friends past and present to celebrate Neil Tennant and Chris Lowe’s finest moments.

SUBURBIA
Like a lot of people my age, the arrival of the Pet Shop Boys in the mid-eighties helped with some of the confusion that I felt growing up. Unlike most people, it wasn’t my sexuality they helped me with (unless you count their work on Eighth Wonder’s ‘I’m Not Scared’). I grew up in Sutton, which was technically part of Greater London but postally still in Surrey, neither town nor country. And then in 1986, they released ‘Suburbia’ – the first song I’d heard that could potentially have been about who I was and where I was from. (RO)

RENT
The 21st century has had gold diggers and independent women, but the 80s was all about the kept woman. Popping up in films and TV, Neil and Chris also brought her to the top 10, if Tennant’s own explanation is taken at face value. The couple in the song – Tennant is, apparently, narrating as the woman – “never, ever argue / we never calculate the currency we’ve spent”. What really makes the song is the sense of emotion in the cynical, almost classical synth pop production. It would be easy to leave ‘Rent’ as a cold transaction, but the deep, melancholic digital strings and brass add a weight to the relationship that we might have otherwise written off as an exchange of sex and money. She loves him and he pays her rent, not because. (JK)

IT COULDN’T HAPPEN HERE
The Pet Shop Boys’ most desolate ballad marked out their second album, ‘Actually’, as an altogether more ambitious statement than both their debut and the many other synth duos of the mid-80s. Neil Tennant’s torch-singer doesn’t so much weep beneath the spotlight as step from the stage to whisper his heartbreak in the listener’s ear, while Angelo Badalamenti’s sweeping strings summon the spirit of Twin Peaks several years before his haunting score would underpin its murder mystery. This soundtrack potential was not lost on Tennant and Lowe, whose first silver-screen foray was the curious PSB-produced film of the same name. (GL)

BEING BORING
Hinging round delicate minor key shifts and synth shivers, ‘Being Boring’ is perfect understated heartache pop, a distillation of innocence and experience, joie de vivre and grief. It describes an archetypically queer tale of escaping small town life to find one’s people and then living every precious moment to the max. The decimating horror of AIDS at its heart is not moralised over or dramatised; importantly, no trite lines are drawn between the partying and death. I defy anyone who lost friends in the 80s to listen to the absolute killer punch of the last verse without tears. (LC)

JEALOUSY
Of all the myriad of ridiculous human emotions, jealousy gets my vote as the absolute worst of them all. And Neil Tennant gets every single one of its multifaceted blows completely and spectacularly on point here. The slow, repetitive, drawn out, painful drum track that marks the verses flowing into the gut wrenching, soul destroying, stomach churning chorus, “Where’ve you been? Who’ve you seen? You didn’t phone when you said you would.” And just when you think you’ve felt it all, the string section that crescendos throughout, punches you right in the damn heart as it closes the song. (AT)

REQUIEM IN DENIM AND LEOPARDSKIN
The closing track on ‘Elysium’, Pet Shop Boys’ final album for Parlophone, is a farewell in more ways than one. Inspired by the funeral of the band’s friend and makeup artist Lynne Easton, it evokes her life amid the showbiz glamour of 80s London – namechecking Bryan Ferry, Adam Ant, Lucian Freud and others along the way. The nostalgic lyric, all the sadder for its gently stoic, almost jazzy, musical accompaniment, sees Tennant and Lowe, 25 years into their music career, wistfully reflecting on the end of a golden age of London life. (PF)

Sometimes an article is a bit of a team effort, and those are tagged SOURCE Writers. If you’d like to be part of that team, hit the Contact link at the top and get your work on this website.
← PREVIOUS POST
Scalarama Film Festival
NEXT POST →
Sleeper Review
Mailing List
Recent Posts
Website developed in Brighton by Infobo
Copyright © Brighton Source 2009-2021
Six Of The Best: Pet Shop Boys - Brighton Source