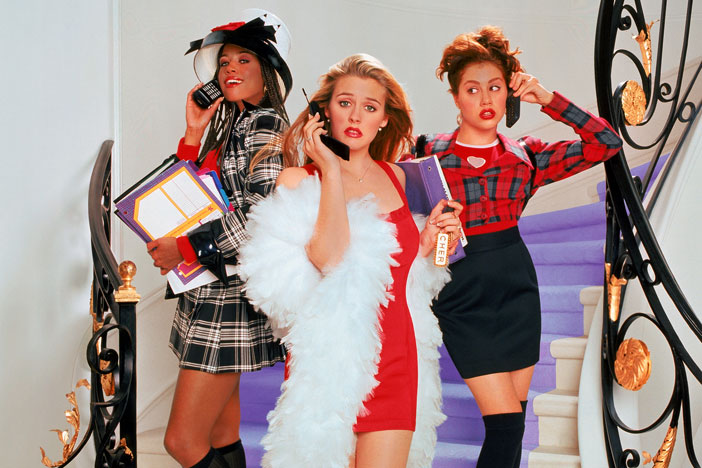 Six Of The Best: Teen Movies

The older you get the less stuff happens to you. Sure, you might have your first mortgage to look forward to but that’s considerably less cinematic than your first kiss, finally standing up to your parents or being ostracised by everyone you know. And that’s why teen movies are so powerful. This stuff matters! At least at the time. To celebrate us hitting teenagedom, here’s our pick of the best films about this powerful time of life.

GREASE (1978)
Originally a stage musical, Grease’s transformation to the screen retained the hammy performances and saccharine songs to become the biggest film in the world. Classic teen movie fodder of boy meets girl, boy acts like a jerk in front of his mates, girl slams car door on boy’s testicles, are all presented with a goofy charm that allows all the smoking and teen pregnancy issues to almost slip past unnoticed. Sandy and Danny might have had top billing, but for us Kenickie and Rizzo stole the show. And that greasy pockmarked guy with the cool flames on his car. (NC)

THE BREAKFAST CLUB (1985)
Setting a story during a school detention – purposely the most boring situation known to teenagekind – sounds like a disaster for a movie, but this examination of schoolyard hierarchy does exactly that, and then leaves the ‘action’ in the library for 90 minutes. Perhaps John Hughes’ most heartfelt and affecting narrative, it deals with a powerful post-childhood notion of the person behind the identity. When prom queen Claire explains that she’d cut her new friend, the nerdy Brian, dead in the school corridor next time they met it’s heartbreaking but bravely honest. (JK)

FERRIS BUELLER’S DAY OFF (1986)
If you’re of a certain age then there’s a fair chance that this is your favourite film ever, despite the fact that Ferris is a boy who gets his own way every time. The key is Mathew Broderick’s easy humour and generous charm. On a sunny day Ferris can’t be arsed to go to school, but rather than raiding his parents’ drinks cabinet and watching Cash In The Attic he gatecrashes the best restaurants and a parade float. However, even über-fans will have missed the TV series with Jennifer Aniston as Ferris’ pissy sister Jeannie. (JK)

CLUELESS (1995)
By far the best of the 90s trend for modern reworkings of classic literature (although Cruel Intentions is worth a look too), this take on Jane Austin’s Emma is the only decent film Alicia Silverstone ever made. A heart of gold away from being the archetypal spoilt brat, her ‘project’ to make new girl Brittney Murphy into one of the in-crowd doesn’t quite work out the way she wants. The film’s cleverness – the characters impressively revel in not being dumb – comes out in the one-liners and its use of language. A “Monet” is someone pretty only from a distance, for example. Smart. (JK)

KIDS (1995)
Aggressively promiscuous Telly’s idea of contraception is only having sex with virgins. What’s already a disturbing set-up is given a knife twist when Chlöe Sevigny’s Jennie discovers that she’s caught AIDS from her single sexual encounter with him. Dazed, she stumbles round New York looking for him as we see Telly pushing his sweet latest conquest into opening her legs for him. Written by Harmony Korine at the age of 18, the accurate way the callous boys talk to each other, plus Larry Clarke’s raw, documentary-like direction, make this even more brutal. The ending is like the anti-Breakfast Club. (JK)

MEAN GIRLS (2004)
It’s not easy being a teenage girl. In fact Mean Girls, the best high school movie of the last decade, draws convincing parallels between the bitches of teenage cliques and wild animals. Lindsey Lohan’s Cady has been home-schooled in the African bush and her naïvete about how modern American education works shows us the viciousness with new eyes. Before Tina Fey piled up the Emmys with 30 Rock (the seventh best 21st Century sit-com) this script was her calling card. The spiritual sorority sister of the also excellent Heathers. (JK)

Sometimes an article is a bit of a team effort, and those are tagged SOURCE Writers. If you’d like to be part of that team, hit the Contact link at the top and get your work on this website.
← PREVIOUS POST
Patrick Wolf Review
NEXT POST →
In Conversation With: Nick Ahlmark
Mailing List
Recent Posts
Website developed in Brighton by Infobo
Copyright © Brighton Source 2009-2020
Six Of The Best: Teen Movies - Brighton Source