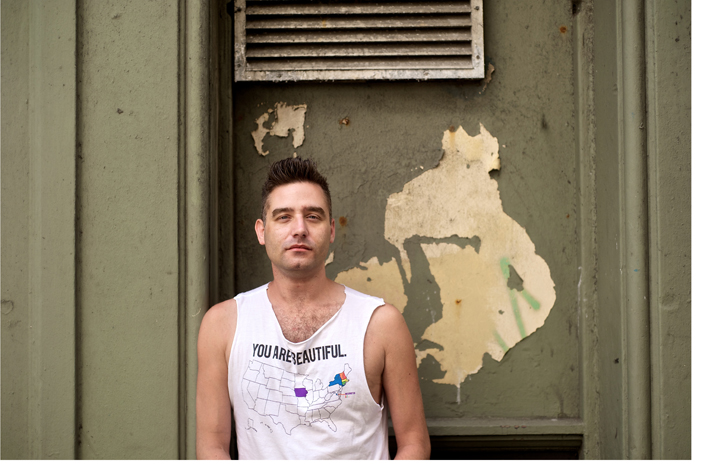 In the space of 18 months, The Haunt has established itself as one of the city’s leading venues for new music. Haunt director Matt Dimmack has been running clubs in Brighton for the best part of 12 years.

What potential did you see in the old KuKu club?
I happened to run into Henron and Dani from Become Modern and they had a great design concept for a club. I knew that the only thing that could work in the Pool Valley site was a niche venue. Every other business that has occupied that site in the last 10 years has failed, but this concept was strong, appealing and made for Brighton. The building used to be an old cinema, so it was like it was purpose built for live performance.

The Haunt has really come into its own – what do you love about the venue?
As a company we’re not answerable to anyone; we’re 100% independent. We don’t like fights, attitude, or any sort of concept of superiority. I’m proud that you can come here and know that the place will be full of similarly minded people, not out to cause trouble, but just to have fun. To put it bluntly, we don’t let in twats! One Inch Badge operate the live music and their wealth of experience and contacts has seen that side of the business grow significantly. I believe that we have more live bookings than any other major venue in town now.

What have been your most memorable nights?
My favourite gig was Naughty By Nature. They completely blew the place up. The show ended with a mass stage invasion, rapping along to ‘Hip Hop Hooray’. The end of my week is crowned by ‘It Is Still 1985’. Become Modern have created a night that is, in my book, legendary: it constantly has the best people in it, plays music which doesn’t take itself too seriously, and does exactly what it say on the tin. I’m fairly sure it’s impossible not to love it.

Stuart Huggett grew up in Hastings, writing fanzines and blogs about the town’s underground music scene. He has been a regular contributor to SOURCE, NME, The Quietus and Bowlegs. His huge archive of magazines, flyers and vinyl is either an invaluable research tool or a bloody pain. He occasionally runs tinpot record label Dizzy Tiger, DJs sporadically and plays live even less.
← PREVIOUS POST
Lounge On The Farm Review
NEXT POST →
Secret Eater: Kambi's
Mailing List
Recent Posts
Website developed in Brighton by Infobo
Copyright © Brighton Source 2009-2021
Matt Dimmack, Unsung Hero No.32 - Brighton Source