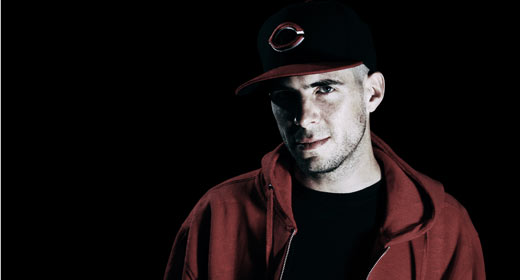 AUTUMN SWING PARTY
The electro swing movement that’s set up permanent residence in Brighton, with club nights and scene-defining albums coming thick and fast, spreads its swing wings to the Medicine Chest for a new weekly Wednesday outing. The Autumn Swing Party boasts an apparently poll-topping menu where you can eat for a tenner, plus half-price happy hour cocktails and improbable musical mash-ups from Swaggerjax (a DJ outfit who’ve appeared on one of the White Mink albums) with a guest horn player. Swing down there.

DR SCARDO’S RECORDING CO.
So, you’re in a band, right? Yeah, who isn’t in Brighton? You’ve got your funny hair sorted, your name’s suitably post-modern and ironic, your trousers are really quite alarming. Time to lay down some actual music tracks then, eh? Luckily for you, Dr Scardo is a studio bod with years of worldwide experience under his belt and he’s just opened up a recording studio in Hanover – a perfect location for post-recording session pubbing and free parking (if you can find any). Have a look at the new set-up at dr-scardo.co.uk and see if it floats your boat.

I HATE MYSELF AND WANT TO PARTY
Tuesday 4th is the date ringed in Sticky Mike’s diary for the opening night of I Hate Myself And Want To Party, at his Frog Bar on Middle Street. Doors open at 11pm for a night of plaid, leather and grunge from the likes of Smashing Pumpkins, Nirvana, Hole and Alice In Chains and many other denizens of the alt.90s musical canon. We’re promised visuals from MTV’s Daria, which was a really useless show, but the rest of this night smells proper teen-spirited.

:AEREO:
Coming on like a bubbly chocolate bar fed through a broken spellcheck, :AEREO: has bagsied the first Friday of the month at the Green Door Store. Back from a busy summer of festival and party appearances, they’re promising live bands every month plus a whole load of electro, Italo disco and new wave, courtesy of DJs Teen Creeps, SOURCE’s own James Kendall and Ed Lilo. It promises ‘the sound of the night’ – make of that what you will.

MODERN ROMANCE
Nailing its flag to the Monday mast at Sticky Mike’s Frog Bar is Modern Romance, with another new weekly night. There’s no real confusion over the sort of night to expect when you read the playlist; it’s Bowie, the Stones, Doors, Stooges, plus a history of agit-pop that takes in everyone from Morrissey to the Yeah Yeah Yeahs. 10.30pm til late with cheap drinks and it’s just a quid in via appropriate Facebook page liking.

BELOW THE LINE
Taking their cues from the likes of Boiler Room, Below The Line will feature the best producers webcasting sets from The Tube every Tuesday night. Add to that the online frenzy that always surrounds these kinds of webcasts (forums going into meltdown when a new cut drops), this is a night for true fans, by true fans. Line-ups are hush-hush, but we can tell you that by the time this goes to print, Phaeleh will have headlined the launch.

SUBSTANCE SEDUCE
Sundays: no longer just for roast dinners and iPlayer. Substance is a new night at Audio dedicated to helping you recover from the rest of your weekend, with chilled house, underground electronica and the occasional live percussionist. Starting off easy for the weekday workers, the night gets heavier into the early hours, making it the ideal place for those of us with unusual working and sleeping patterns. Cheap drinks deals and entry help seal the deal.

Sometimes an article is a bit of a team effort, and those are tagged SOURCE Writers. If you’d like to be part of that team, hit the Contact link at the top and get your work on this website.
← PREVIOUS POST
Gig Previews: October
NEXT POST →
News: October
Mailing List
Recent Posts
Website developed in Brighton by Infobo
Copyright © Brighton Source 2009-2020
New In Town: October - Brighton Source