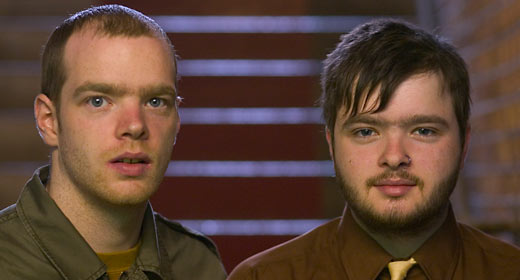 INFINITY FOR BEACON
To coincide with World Aids Day, the good people at Infinity Foods have all got together and made a fundraising compilation album for The Sussex Beacon, who look after folk with HIV. That’s shop, bakery, warehouse and café staff, all singing their heads off to help sick people, which is worth a listen, especially as they include members of bands like Sons Of Noel & Adrian. You can pay what you deem appropriate for the tracks at infinityfoods.bandcamp.com.

FRINGE BENEFITS
Brighton Festival might attract the big-name curators and bums-on-seats room fillers, but aspiring arty performance types will be all about the Fringe, which runs concurrently during May. It’s a completely open access platform for both established and emerging artists, and they’re taking registrations for 2012 now. Got an act you want to inflict on the public? Does its potential appeal stretch the meaning of the word ‘limited’? Go to BrightonFringe.org now.

REVERBATHON AND ON
To celebrate the five-year renewal of their FM licence for the Brighton and Hove area, Radio Reverb 97.2FM are running a 24-hour live broadcast – a Reverbathon if you will – from 8am on Saturday 3rd December. Local businesses are invited to sponsor the shows in return for crisp, FM-quality endorsements, and listeners can win raffle prizes by donating to the volunteer-run station so they can fix busted studio gear and that. Email gill@radioreverb.com to get involved.

POETS SLAM MCS
There are too many reasons to list as to why we love Brighton, but the annual Poets vs MCs event at the Komedia would definitely be somewhere close to the top. Each January (probably the 26th this year), hundreds of us flock down to observe, cheer, whoop and hiss as the rappers take on the spoken-word poets in this uniquely Brighton rap battle. Always a closely won match and always very entertaining, we recommend booking tickets early.

DON’T MESS YOURSELF
“Don’t go in there!” – it might be the advice you shout at dim onscreen teenagers in horror movies, but if you’re a fan of the genre and familiar with The Rock Inn in Kemptown, our advice on Saturday 3rd December would be the opposite. Like, do go in there, because they’ve got an all-day scary celebration called Frighten Brighton going on. Shopping at a Macabre Market starts at midday, with a load of films kicking off at 2pm. FrightenBrighton.wordpress.com has the info.

COMIC SANS STRESS
If you like reading comics and sprawling about on sofas all day, drag your lazy arse down to the Cowley Club on Saturday 17th December for Comics Changed My Life. It’s a zine, comic and small press fair, with vegan food and drink going on during the day, and live music in the evening from The Astronauts and Pog. It sounds like a relaxed kind of day out with free entry and kids welcome, and you could come away with a load of lovely new comics, should such be your thing.

PARADE FOR CHARITY
Electric Soft Parade will be playing a special acoustic set at West Hill Hall in aid of the Martlets Hospice on Saturday 17th December, alongside King James, Lianne Hall, Birdengine, The Diamond Family Archive and others. Get festive and charitable at the same time, helped along by the mulled wine and mince pies, and do some good for people stricken with cancer. More info at facebook.com/WildwoodPromotions, a smart local promoter worth keeping up with.

WRITERS DOOMED?
What is ‘The Future Of Words?’ Quite robust, if you consider the rude health of SOURCE. But on a wider scale, in the wake of self-publishing and digital ubiquity? Bleak Strategies is a picnic-style mini-conference that aims to find out that and more besides on Saturday 21st January at West Hill Hall from 2.30pm. There’s a panel discussion plus audience Q&As, interspersed with performances, with the aim of creating some Eno-style strategies on coping with the breakdown of written civilisation.