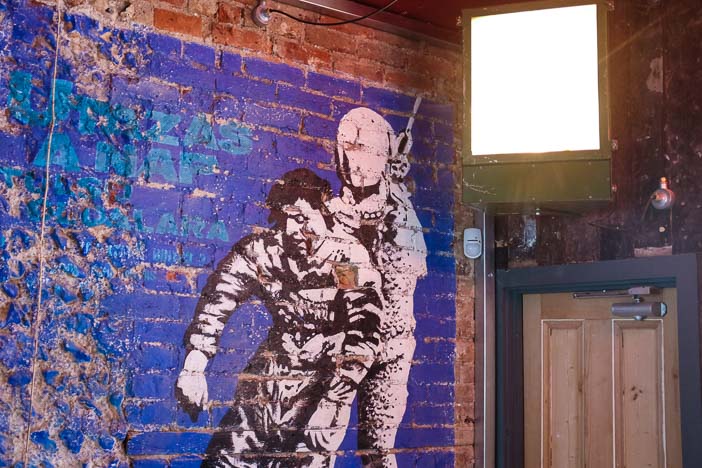 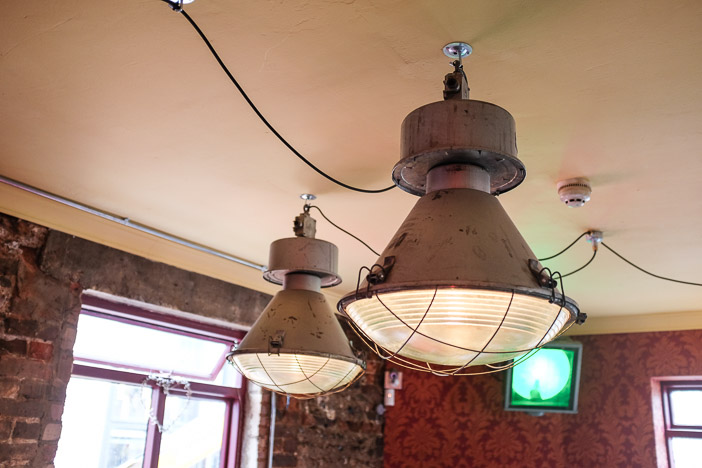 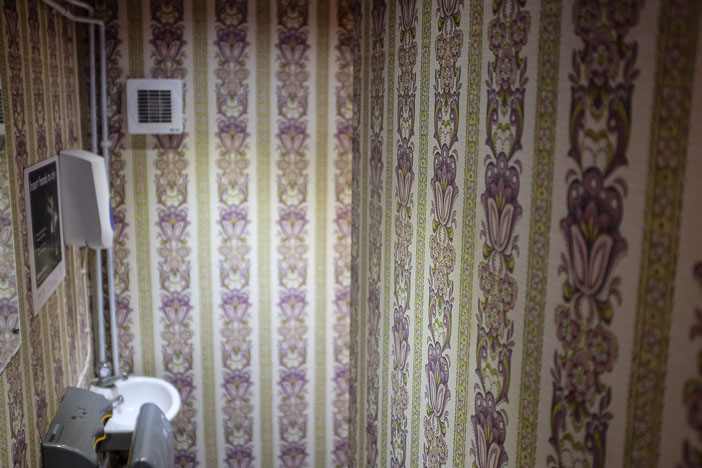 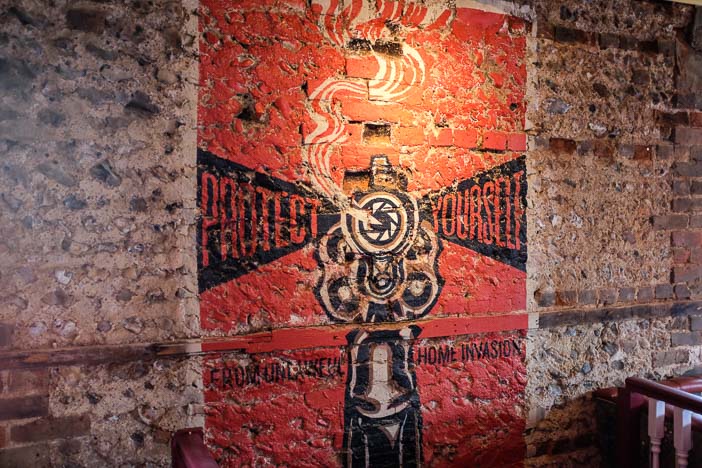 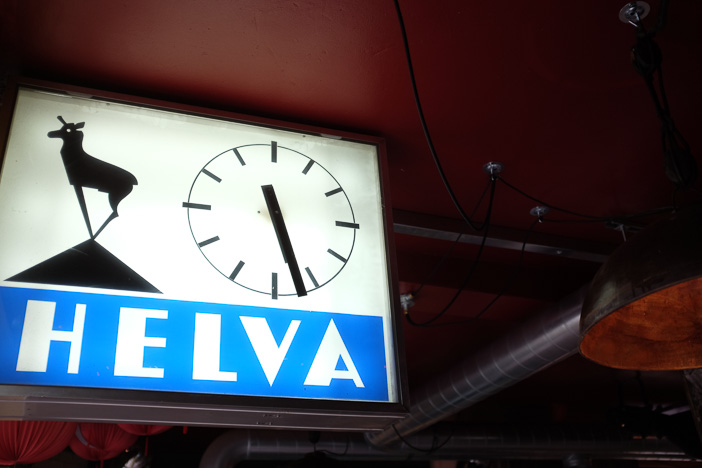 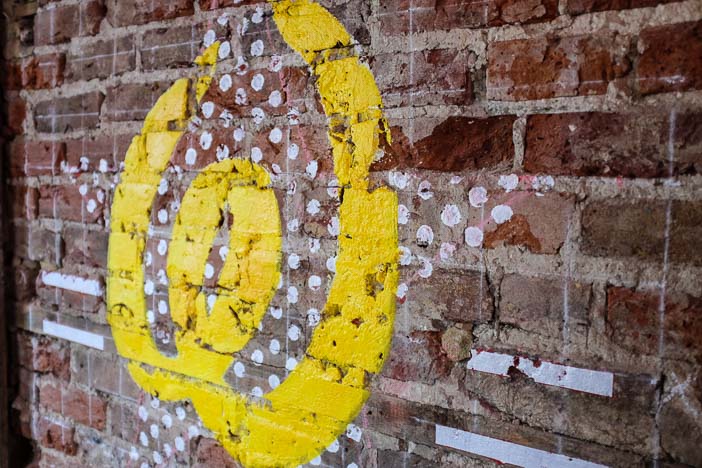 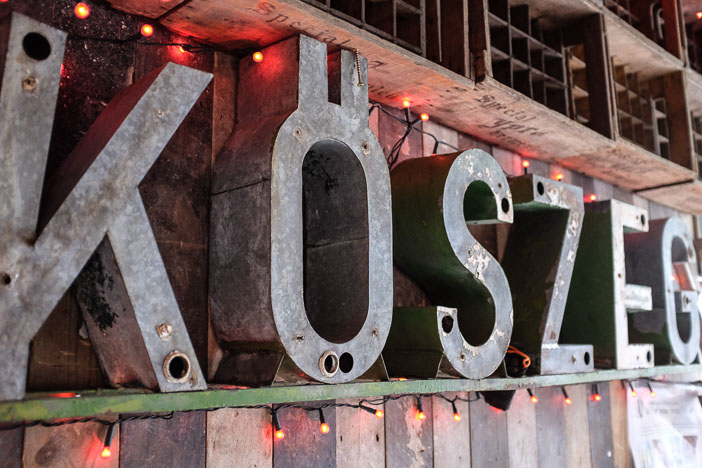 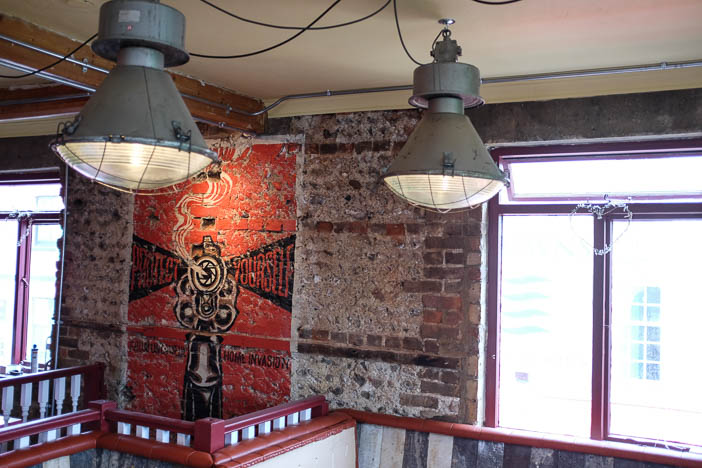 War Declared On The Western Front

Popping into the Western Front at the end of a long day’s shopping has long been a Brighton tradition. And lately it’s been a cool hang out in the evenings too. With that in mind it’s getting tarted up. We’ve popped in for a nose around and it’s looking pretty promising, taking on a kind of Eastern European vibe.

The most arresting part of what’s there so far is the outside metal casing that’s already developed an interesting rusty patina. Some guy up a ladder was apparently planting seeds into a huge metal panel on the second floor. The plants will withstand the harsh weather that the pub deals with and grow down the wall.

Inside and there’s virtually nothing left of what was there. The exposed brick walls are looking nice and industrial but have the new logo and, what looks like, one of those amazing Eastern European film posters painted directly onto the walls.

Upstairs is vastly improved by the removal of the bar, and the adding of graphic murals. There’s a neon star waiting to be placed in the window, and if it looks as good hanging as it does lit on the floor it’s going to be a beacon. The whole thing has that rawness that we love at The Hope & Ruin. We’re looking forward to seeing what else goes in when it opens on Thursday (15th October).

The sign isn’t up yet, but the logo appropriates elements of a couple of very well known logos (our lawyers asked us not to say which) to make something familiar very fresh. Interesting the Front has been dropped to reflect that everyone has called it The Western since it opened in 1997.

It seems like pubs have taken a real step up in the last year, and as much as we liked The Western this looks like a huge improvement for an amazingly situated bar. It’s a must call on our circuit again.

Sometimes an article is a bit of a team effort, and those are tagged SOURCE Writers. If you’d like to be part of that team, hit the Contact link at the top and get your work on this website.
← PREVIOUS POST
Albert Hammond, Jr. Interview
NEXT POST →
The Fall, Thurs 12th Nov
Mailing List
Recent Posts
Website developed in Brighton by Infobo
Copyright © Brighton Source 2009-2020
War Declared On The Western Front - Brighton Source