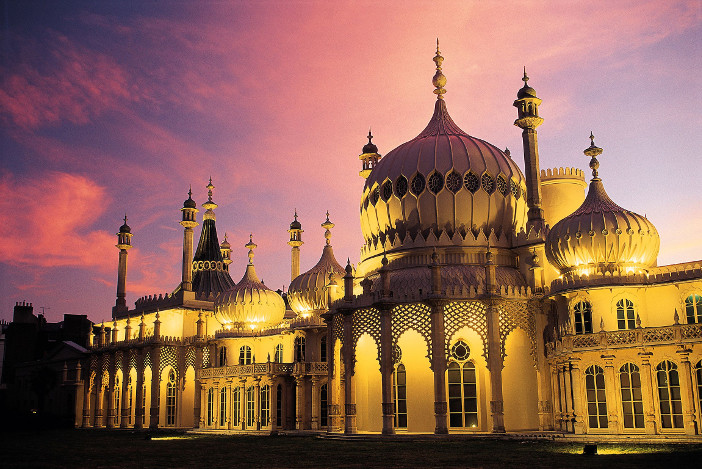 The posters are plastered on every lamp-post, the stages have been erected, and the feeling of rising anticipation has made us come over all giddy. Brighton’s best month has landed and we’re going to be bringing you a weekly round-up of the shows you can’t miss. From stupendously grand productions at the Brighton Festival all the way through to late-night shows in the back rooms of pubs as part of the Brighton Fringe, we’re going to be covering the lot.

Here are some of the shows we’re looking forward to catching in the coming week:

The Brexorcist
On at The Spiegeltent on the 8th and 22nd May, The Brexorcist is a satirical theatre production that promises to deftly segue through the pressing themes of our challenging times: power, vice, the rise of the right and the failings of the left, uncertainty, racial tensions and the motivations of a certain possessed and unpredictable Prime Minister.

Swan Lake
Teac Damsa’s Swan Lake at the Brighton Dome on 9th and 10th May, a production as rooted in darkness as it is in light, brought to life by Irish dance and theatre guru Michael Keegan-Doolan. Melding Nordic and Irish traditionalism with modern experimentalism, this show is said to create a mesmerising, pulsating interpretation of the classic tale.

Fem.Ale Brewster Beer Festival
A free three-day party in the form of Fem.Ale Brewster Beer Festival at the Marlborough, in which the musical and brewing talents of Brighton and Norwich’s riot grrrls will join forces. From Friday night rockabilly tunes through a full Saturday street party with talks, stalls and live bands, to a vegan Sunday roast session to soothe the hangover, this is the place to be from 5th to 7th May.

Brodi Snook and Dave Fensome: Paranoid
This new stand-up show, Paranoid, which will be on at the Laughing Horse @ The Caroline of Brunswick on the 7th May, then 3rd and 4th June. Have you ever felt daunted by day-to-day insanity? Seen the sinister side of kale, cats or a gym session? If so, this free hour session by two of Brighton’s finest comics will help you work it all out.

The Writers’ Bloc
Running from 5th to 8th May at Rialto Theatre, The Writers’ Bloc is a tense production in which a violent and twisted Joseph Stalin banishes five writers into a room to create a masterpiece for posterity. A political story that blends nudity and comedy with history and politics, this clever show looks set to be as raucous as it is intelligent.

Check back every Thursday to find out what we’ve seen, what we recommend (and what we don’t), and whether we survive the busiest month of gigs, shows, events and spectacles that Brighton’s ever produced.