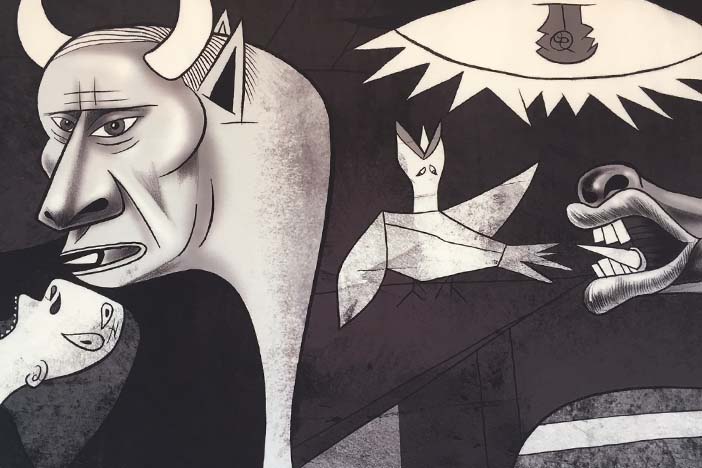 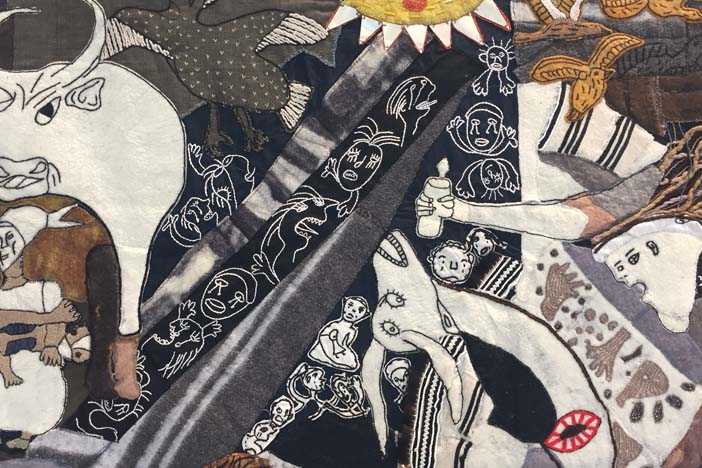 In 1937, Picasso reacted with outrage to the bombing of civilians in the Spanish village of Guernica by creating an iconic canvas painting which now hangs in Madrid. Unsurprisingly for Picasso, it’s not your average historical musing. By painting a stylised scene containing just six human figures in anguish, with little to anchor it to the precise context of 1930s Spain, the artist sought to express a more universal outrage, one that could transcend the boundaries of that particular event. No wonder then, that it has become an enduring symbol of outrage, fit to be repurposed by people involved in war or looking for ways to comment on political events which concern innocent civilians caught in crossfire, literal or otherwise. 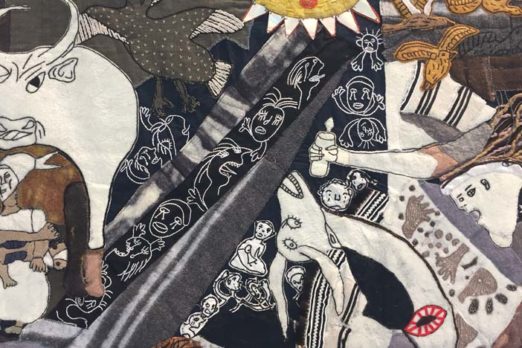 A new exhibition at the Grand Parade Gallery in the University of Brighton examines how this image has been remoulded in those intervening 80 years. Highlights include the Keiskamma Guernica, a gorgeous textile reworking from South Africa made in response to the AIDS epidemic, and the recent Alleponica by Vasco Gargalo which cheekily recasts the figures in Picasso’s painting as political figures like Putin and Obama. Also of interest is a short film about Erika Luckert’s ambitious efforts to reimagine Guernica as a stage play in which the painter considers the lives of the six characters within the picture. An absorbing exhibition, even if you’re not a Picasso buff.

Peter did a degree in world art history and anthropology, before spending three years in the Japanese countryside teaching English at village schools. For the past eleven years he has worked as a freelance illustrator.
← PREVIOUS POST
Sleeper Review
NEXT POST →
Voodoo Review
Mailing List
Recent Posts
Website developed in Brighton by Infobo
Copyright © Brighton Source 2009-2020
Guernica Remakings, Until 8th September - Brighton Source