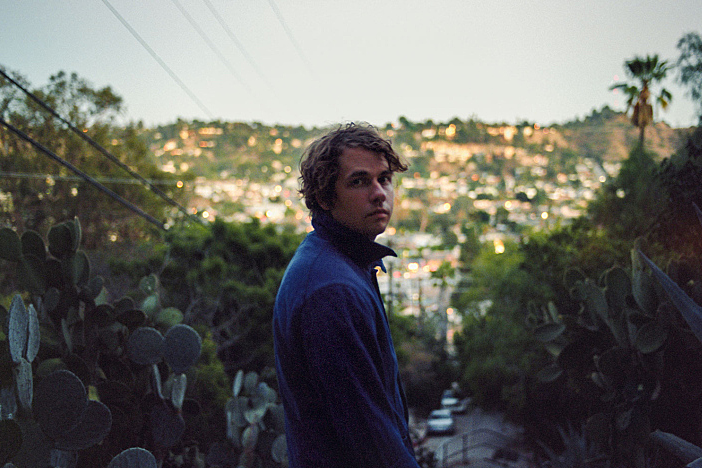 “I feel like in the past I hadn’t fully got my solo sea legs,” Kevin Morby said in May. He’s not treading water anymore. New album ‘Singing Saw’ sees him ready to swim the Channel.

‘Dorothy’ (the name of his trusty geee-tar) is a misty-eyed life affirmer – that line about the old men fishing kills us. Packed full of orchestral flourishes it’s a far cry from the bare bones approach of his previous records.

Not that this is his first tango, Morby’s been at it for years. At 28 he’s already co-fronted The Babies – Green Door Store June 2013, were you there? He was also the bassist of Psych-folk heroes Woods.

The watercolour production strokes of ‘Singing Saw’ contrast the sketched lines of his last two albums. The bassline alone in ‘I Have Been To The Mountain’ is the catchiest thing Morby’s written and that’s before he slings a whole load of choir and brass at the track.

Also, that guitar solo (2:20). Please. Even the stripped back songs like ‘Cut Me Down’ and ‘Singing Saw’ are so meticulously arranged that their simplicity is striking. The shadow of Bob Dylan no longer hangs over his head forebodingly. Morby’s swimming in his on lane.

Tickets are £11.00 instore at Resident and are also available online at See.