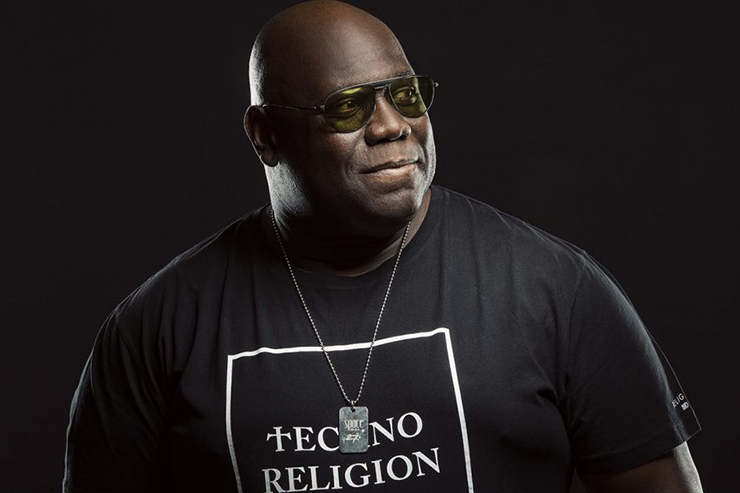 Carl Cox headlines On The Beach

While his own show on Friday will monopolise attention, Norman Cook will probably be watching on admiringly when a line-up of crucial dance music figures play the two subsequent days of the On The Beach weekend.

In 1985, at around the same time as Cook was leaving the Brighton club scene to move to Hull to join the Housemartins, Carl Cox was beginning a hugely influential DJ career with strong links to Brighton. Moving to the coast from his birthplace of Manchester via a youth in south London, Cox had similarities in his approach to Cook even back then: he was strongly guided by soul music, and saw his role behind the turntables – becoming known for playing three at a time – as that of a musician.

There have been innumerable twists and turns in a story Cox turned into a book last year, including plenty of performances at classic Brighton clubs, immense success in Ibiza and, in 2007, a shooting at one of his raves in Venezuela which, understandably, led the enthusiastic pioneer to briefly consider his future as a DJ. That the son of Barbadian parents carried on says much about his devotion to his famously free-spirited house and techno sets, including a glorious party at the 2021 edition of On The Beach.

Lockdown, predictably for an expert in building a set in front of teeming crowds, did not suit Cox, although he still managed to enhance his cult status in a cookery masterclass for Mixmag partly taking the name of his catchphrase, “oh yes”.

Earlier this month, the Hove resident joined Fatboy Slim to release a love letter to rave and communality, ‘Speed Trials On Acid’, which blares and races with exactly the level of hyperactivity you might expect from a collaboration between dance history obsessives enjoying the thrill of being allowed to play in front of audiences again.

It is a record you can imagine becoming a staple of some of the acts appearing at the Sunday event on Madeira Drive, including drum and bass forefather Andy C. The founder of RAM Records headlines a procession that would normally result in a scramble for tickets at the city’s larger venues, including Wilkinson, Shy FX and Friction, who played a memorably propulsive gig at the Concorde 2 in January. Cox’s energy will take some following, and – after two days of dancing for some – this is the line-up to do it.

Ben Miller is a SOURCE feature writer and reporter.
← PREVIOUS POST
Dream Wife Interview
NEXT POST →
A day in the life of the Theatre Royal