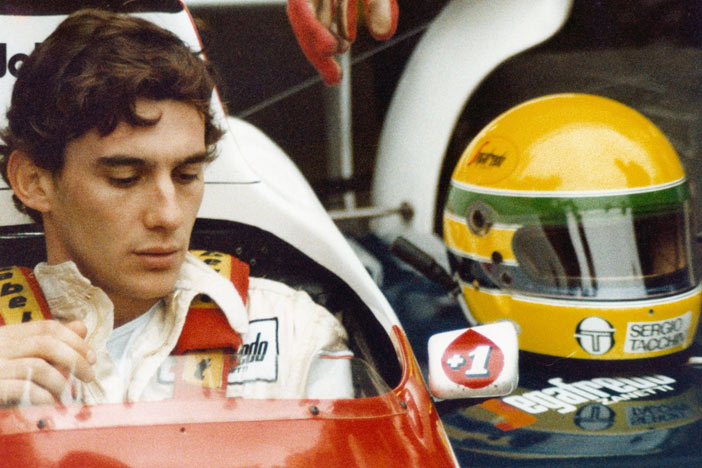 Starting as a specialist documentary strand within Brighton’s CineCity, See Festival has grown rapidly into a major independent event in its own right. Now in its seventh year, it has expanded to cover nine continuous days of features, shorts and seminars, with guest speakers from the worlds of film, music and politics. See programmes its screenings by theme, exploring global and domestic social issues under the headings of Conflict, Revolution and Hidden Worlds, with a lively chunk of music events and BAFTA-presented entertainment. Here’s a handful of highlights.

Planeat
Stick Mike’s Frog Bar Sat 24th
Caroline Lucas MP joins Planeat co-director Or Shlomi for a Q&A session at this afternoon’s film screening. Planeat examines the western world’s reliance on a meat and dairy diet, and investigates alternatives that could improve the health of ourselves and our planet. With contributions from farmers, doctors, chefs and scientists, the film aims to show how the interlinked problems of population growth, agriculture and environment may be solved in a sustainable and palate-satisfying way.

Blood In The Mobile
Friends Meeting House Thurs 29th
Blood In The Mobile sets out the argument that mobile phone companies around the world are fuelling civil war in the Democratic Republic of the Congo by sourcing mineral components from the country’s ravaged eastern region. Since 1998, it is estimated that the ongoing fighting has claimed more fatalities than World War II, despite the formal ending of hostilities in 2003. The film follows the links from the world’s deadliest conflict to the palms of its viewers’ hands.

Bird On A Wire
Sticky Mike’s Frog Bar Fri 30th
A timely screening of this long-buried documentary, following January’s release of Leonard Cohen’s first album in eight years, ‘Old Ideas’. Tony Palmer’s promotional portrait failed to meet the songwriter’s initial approval (Cohen demanded a re-edit from a third party), and on release allegedly opened and closed on the same day. 294 cans of Palmer’s footage turned up in a Hollywood warehouse in 2009, enabling the director to re-assemble his original vision of this lost study of Cohen’s 1972 tour.

Shaun Ryder
Corn Exchange Fri 30th
In the aftermath of Happy Mondays’ 90s burnout, the concept of Shaun Ryder in any kind of two-way conversation would have been a real head scratcher. The Madchester icon has proved to be far smarter and more enduring than his detractors imagined, fighting his way back from personal and financial troubles to a position as TV presenter, author and, once again, chief of the original Mondays line-up. Tonight, Ryder chats and previews footage from his forthcoming series on UFOs.

TOWIE: Structuring Reality
Corn Exchange Sat 31st
The first of two BAFTA events for See’s concluding weekend, this afternoon promises to “deconstruct structured reality”, which sounds like a nightmare from within the Matrix. Rather, it offers a behind-the-scenes insight into the reality TV phenomenon that in two years has changed the way Britain speaks. Even The Only Way Is Essex’s most attentive fans struggle to disentangle the spontaneous from the scripted in the ITV2 series, so the creative team’s insights into cast selection and staging should be fascinating.

Anyone Can Play Guitar
Corn Exchange Sat 31st
“For every band that makes it, there is a band that should have” runs the tagline of this Stewart Lee narrated history of Oxford’s music scene. Whether or not The Candyskins or Dustball really were unfairly overlooked by the world at large, contributions from the city’s biggest successes (Radiohead, Supergrass, Foals) give this fan-funded feature a wide appeal. Followed by a Q&A with director Jon Spira, and an acoustic set from dreamboat former Ride frontman Mark Gardener.

Senna: A Masterclass
Corn Exchange Sun 1st April
A BAFTA presentation of 2010’s hugely popular documentary on the life and death of Formula One hero Ayrton Senna. Made with the full co-operation of Senna’s family, who provided hours of home video, the film makes extensive use of thrilling motor racing footage, including in-cockpit shots and knuckle-whitening collisions. The accompanying masterclass allows members of Senna’s creative team to demonstrate some of the techniques used in assembling this award-winning feature.

Stuart Huggett grew up in Hastings, writing fanzines and blogs about the town’s underground music scene. He has been a regular contributor to SOURCE, NME, The Quietus and Bowlegs. His huge archive of magazines, flyers and vinyl is either an invaluable research tool or a bloody pain. He occasionally runs tinpot record label Dizzy Tiger, DJs sporadically and plays live even less.
← PREVIOUS POST
SOURCE Virgins: Never Had A Tan
NEXT POST →
Six of The Best Miserable Songs
Mailing List
Recent Posts
Instagram has returned invalid data.
Website developed in Brighton by Infobo
Copyright © Brighton Source 2009-2019
See Documentary Festival 2012 - Brighton Source