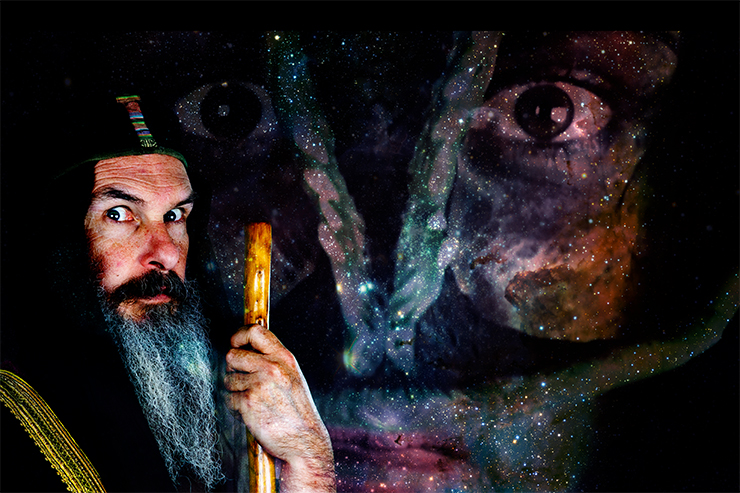 Looking for something different to do at the Fringe this year? Then join the Resistance! ‘Wizards Against Lizards: Operation Annunaki’ is a brand new experience debuting at Brighton Fringe over the bank holiday weekend for four days only, and it’s nothing like you’ve ever done before. This hilarious and surreal game takes you on a fully immersive five-hour journey (but don’t worry, there are breaks for pints and chips) chasing illuminati lizards around the city to save Caroline Lucas from ritual sacrifice!

Inspired by good old treasure hunts and oh-so-trendy ‘Escape Rooms’, this highly unusual and extremely fun experience merges elements of psychedelia, conspiracy theories, Harry Potter-esque fantasy and point-and-click adventure games whilst testing your knowledge of North Laine’s independent shops and pubs. Various puzzles and clues gathered along the way (or deciphered with your smartphone’s QR code reader?) will take you from one venue to the other, until the grand finale… but we shall reveal no more! If there’s anything people like less than evil reptiles, it’s spoilers.

So if you like to spend your afternoons on the weird side of fun, assemble a team of up to five people and get ready for a crazy ride. Saturday tickets are already sold out, but a few spaces remain on the other days – book now via Sweet Venues.