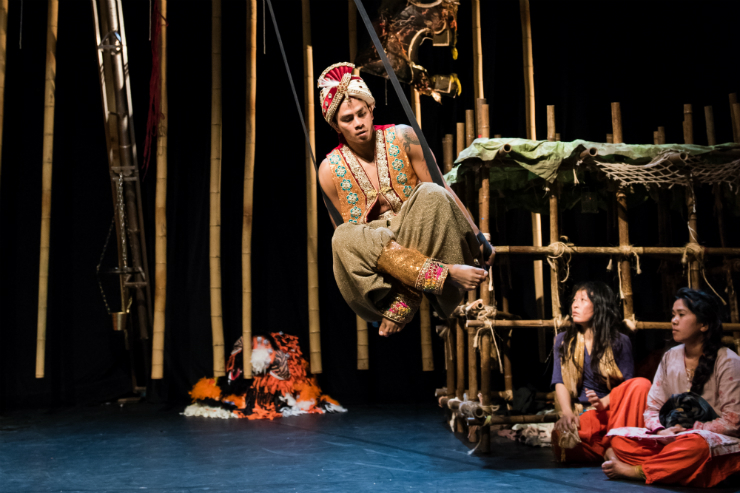 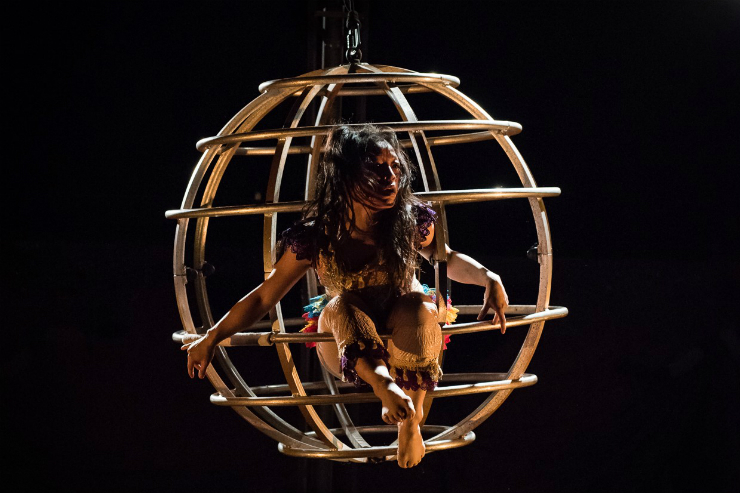 As A Tiger In The Jungle Review

Watching performers Renu Ghalan and Aman Tamang tangle and balance, there’s a clear sense of thrill at seeing two visiting performers demonstrate such divine, hard-earned strength and poise. Yet the effervescent blend of music, theatre and circus in this measured show is surpassed by the strength of character both of its stars have shown to reach this point, and their determination has led to a powerful production fully reflecting their resilience and spirit.

Since 2004, 700 Nepalese children have been freed from slavery – Tamang was one of them, although the risk of child traffickers seizing him again meant he remained in residential care. In his spare time, the newly-empowered youngster poured his prodigious abilities into gymnastics. He became a national champion, which is easy to imagine given his exquisite work on a hoop hanging above the stage here. Dangling, twisting and draping, Tamang allows Ghalan – evidently a considerable physical performer herself – to tell much of a deeply troubling story.

The group that inspired As A Tiger In The jungle, Circus Kathmandu, comprises 13 young people who survived child trafficking. During a year as the company’s Creative Director, Ali Williams, the founder of Nofitstate Circus, learned about their lives. Their mistakes had been routinely punished with blows to the head and body by the circus masters, leaving damage visible to audiences. Some children suffered daily at an age when they needed nurturing, others ended up thrown lifelessly into rivers.

Since Williams returned, she has been backed by the Arts Councils of England, Wales and Norway to shine a theatrical light on what happened. Her direction, alongside composer Per Zanussi’s fantastic original score, has helped Renu and Aman to reconfigure their experiences into a work that captures the scale of the crisis and defiantly demonstrates the failure of their captors to erode their talent and humour. 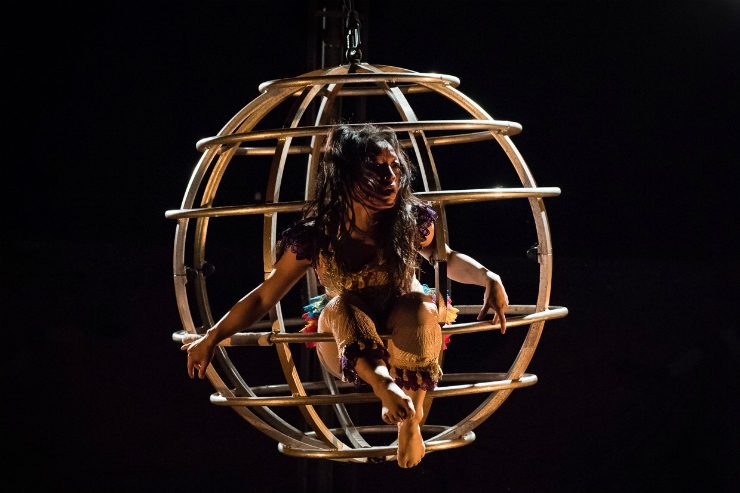 At its emotive core, this is a show about memory and how the scars of the worst of pasts can be overcome but not forgotten. Survival still leaves an indelible mark. Norwegian director and playwright Sverre Waage’s script has just the right subtlety and tone of storytelling needed to do justice to the subject. South East Dance deserve huge credit for facilitating its only performances around these parts through the award of their inaugural Brighton Fringe bursary.

A twisted facet of the cruelty visited on the children strikes particularly sharp. A tiger trainer would pick the day’s performers by blindfolding them before making a decision based on the child whose face his tiger licked. One child who was fed a piece of meat on their way to this selection process ended up being eaten alive. The level of inhumanity enacted might seem incomprehensible in scale, but its narrators live with it permanently. Eyes are a mirror to the soul, says this show, but they’re also just your eyes, perfectly shaped to import everything you see into your mind. No wonder the pair had moments where they wondered how and why they had managed to live. Against a backdrop of birdsong and the sunset, this burst of bright storytelling feels like a symbol of something approaching rebirth.

Ben Miller is a SOURCE feature writer and reporter.
← PREVIOUS POST
The Last Rehearsal Review
NEXT POST →
A Long Way Down Review