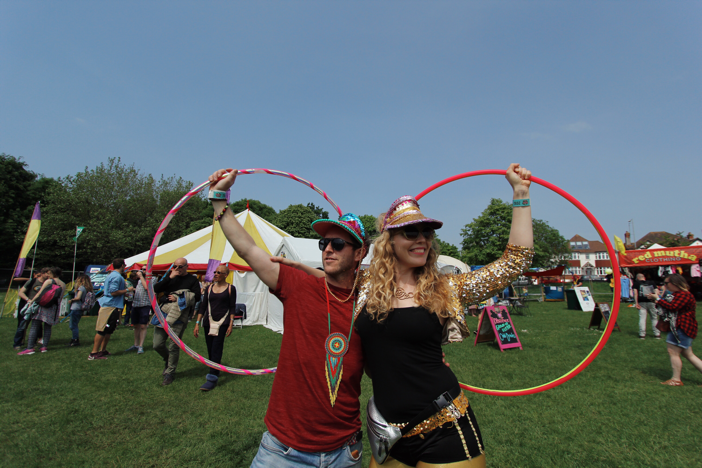 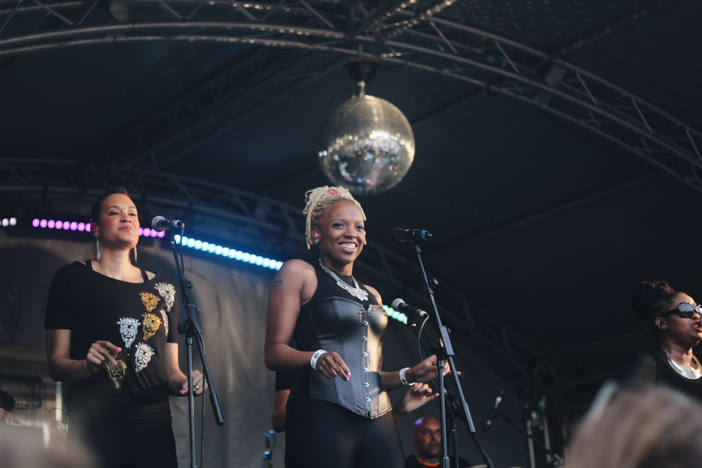 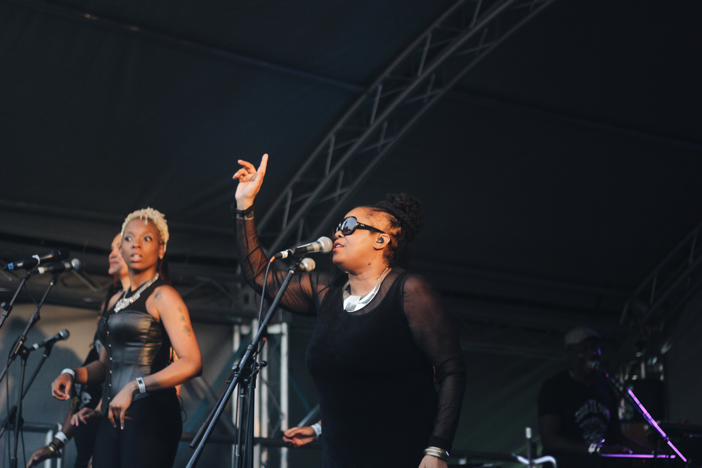 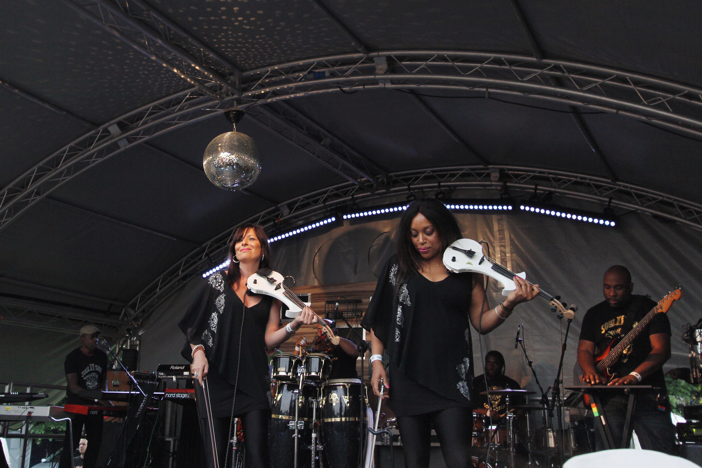 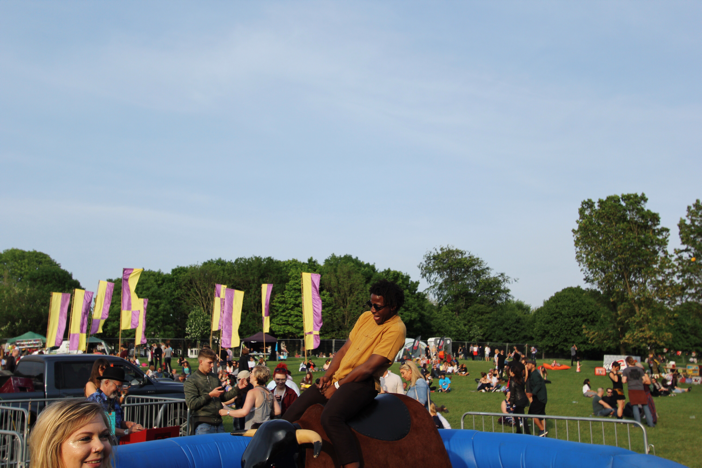 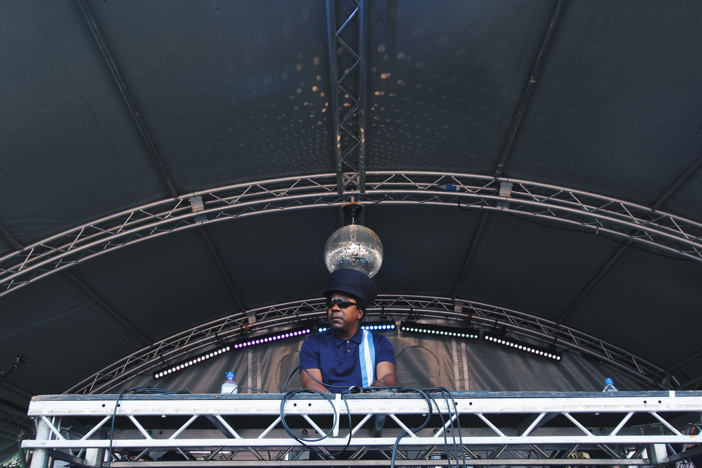 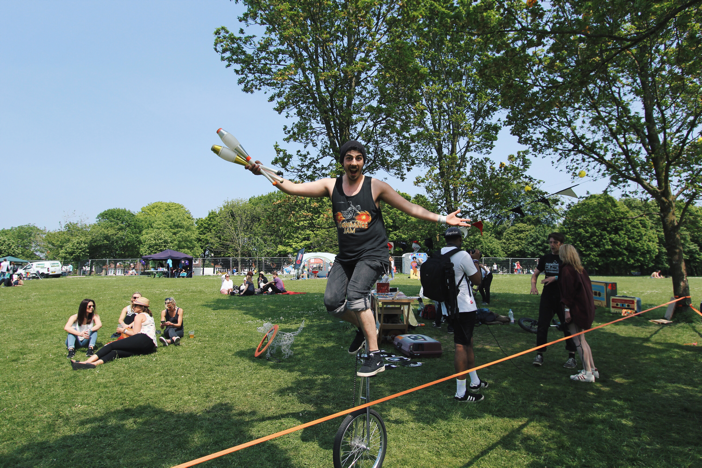 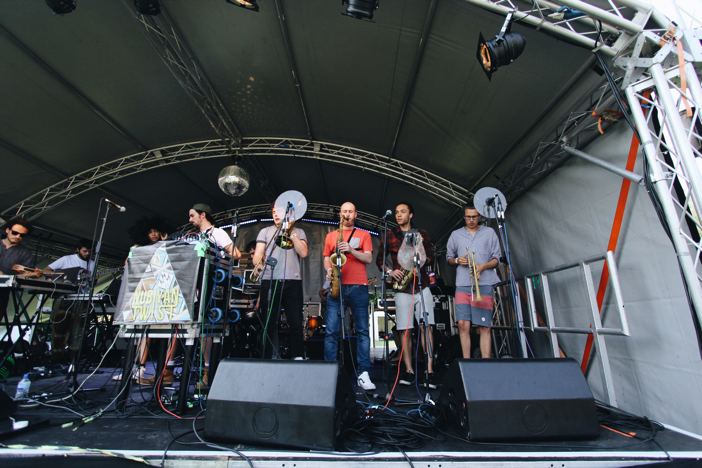 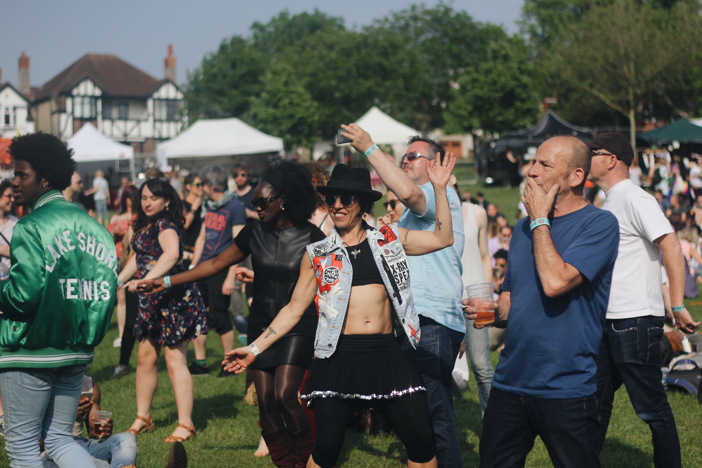 With just the right number of people, chilled vibes and enticing food and drink options, entering the small Funk The Format festival at Hove Park on a gloriously sunny Sunday, the overall impression was of relaxation and positive vibrations. Besides the bands playing the main stage and the DJs in the Club Tropicana tent, there was entertainment for the good-natured crowd in every direction, from trapeze artists and hula hoopers to giant flamingos and unicyclists.

Relatively new Tru Thoughts signing J-Felix, aka producer and multi-instrumentalist Joe F Newman, supported by soulful female vocalist Abi Flynn, warmed things up nicely with the P-Funk and boogie sounds which feature heavily in his music. ‘Keep On (We Ain’t Here For Long)’ from his 2015 debut album ‘101 Reasons’ went down particularly well. Having recently supported Hot 8 Brass Band and shared a stage with Roy Ayers, expect to see him at many more festivals this summer.

Next up Normanton Street, a local band gaining a reputation for their live gigs, brought their unique blend of hip hop and soul to proceedings, playing a comprehensive set, including ‘New Dawn’, ‘Take A Walk With Me’ and ‘This Way’, plus new tracks ‘Take Time’ and ‘Angeline’. Having just released ‘Life’s Real’, the latest in a series of EPs, the four-piece will be touring the festival circuit and surely an album must be in the pipeline.

Nubiyan Twist took a while to set up (not surprising given the number of musicians on the small stage) and the uninspiring interval music playing on a loop didn’t help. However, once they got going, the twelve-piece outfit were a revelation, energising the crowd with their fantastic horn section and versatile frontwoman Nubiya Brandon. Possessing an effortless rapping style and a singing voice reminiscent of Andreya Triana, she was quite enchanting. Standout tracks such as ‘Hypnotised’ and ‘Figure Numatic’ fusing afrobeat, jazz, hip hop and dub, will have gleaned a significant number of new fans.

The sun-kissed visitors flocked to the stage (in an extremely civilised manner) for veteran DJ Norman Jay, who played a surprisingly low-key set, which was slightly disappointing, but he reassured us he was “keeping it funky, keeping it jazzy”. Whilst not quite as uplifting as his legendary Notting Hill Carnival Good Times sets, he still got the happy crowd dancing and singing along to tunes like ‘Living For The City’ by Stevie Wonder.

Finally, the headline act everyone was hyped for, Soul II Soul exceeded expectations, putting on a practiced, polished performance. Starting with two female violinists alone on stage, later joined by four gorgeous backing singers complete with choreographed dance routines, one of Britain’s finest soul singers Caron Wheeler then graced the stage, blowing every other singer that day out of the park with the classic 80s hit ‘Keep On Movin’’. The main man Jazzie B joined the others in his signature hat for ‘Jazzie’s Groove’, expounding love for “UK black” music with lyrics like “a happy face, a thumpin’ bass, for a lovin’ race” – how can you argue with that? Other hits from their back catalogue included a moving rendition of ‘I Care’ and of course, when Jazzie asked the audience what they wanted, ‘Back To Life (However Do You Want Me)’ was the song of choice.

Props to festival founder Lucy ‘Elle J’ Small for a very well-organised debut event, from the poor sods topping up the toilet paper to the excellent line-up and entertainment. Taking the stage at the end to thank those involved in creating the festival and more importantly, the festivalgoers themselves, she said it had surpassed her dreams. Most would agree Funk The Format was a consummate success and looks set to be an annual fixture on the festival calendar.