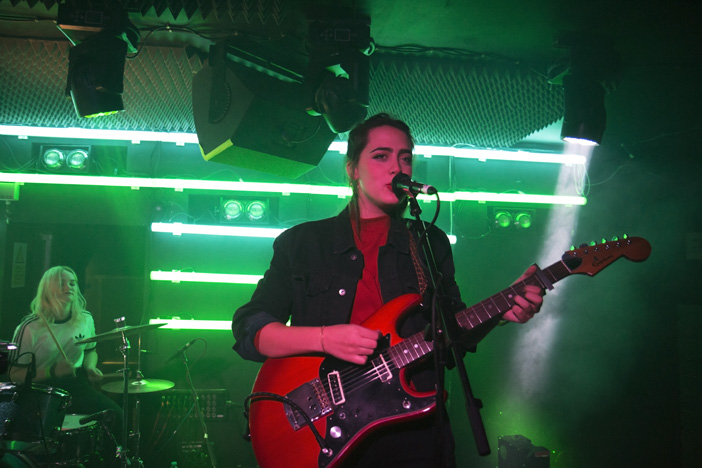 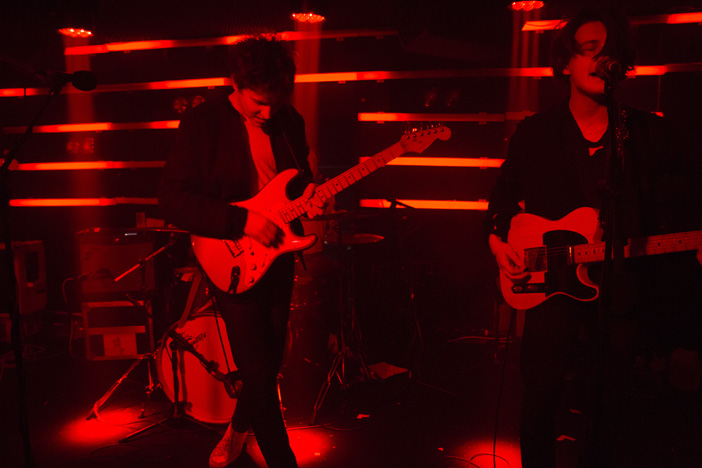 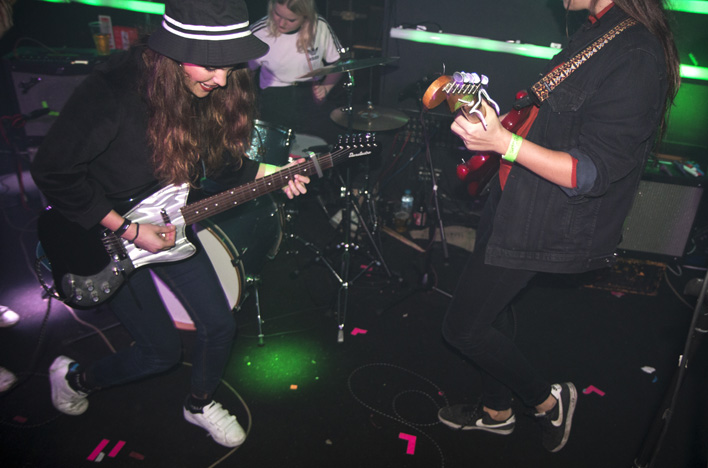 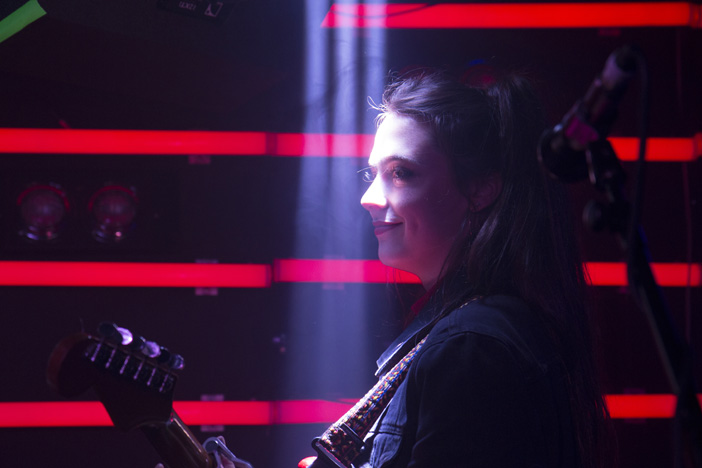 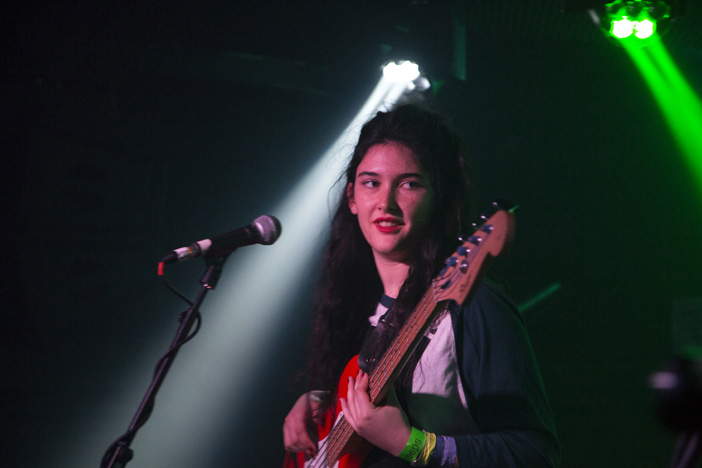 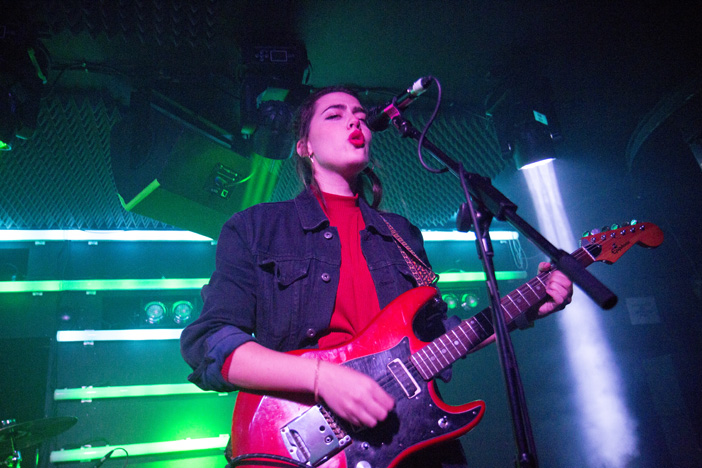 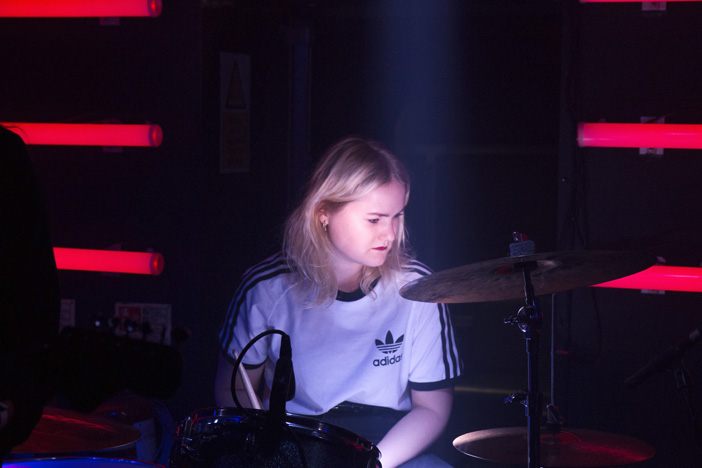 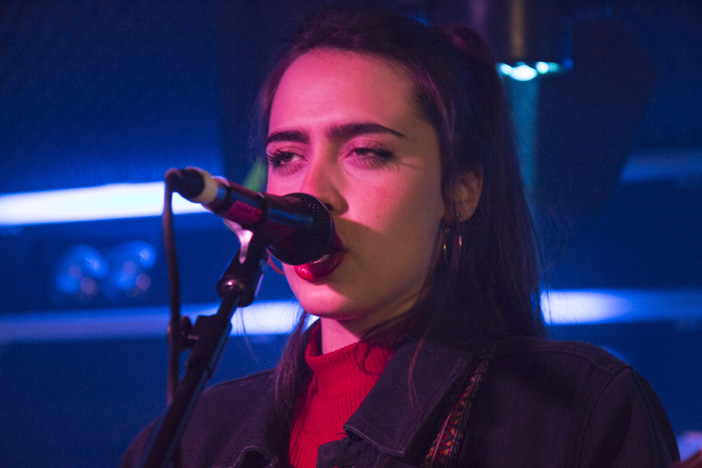 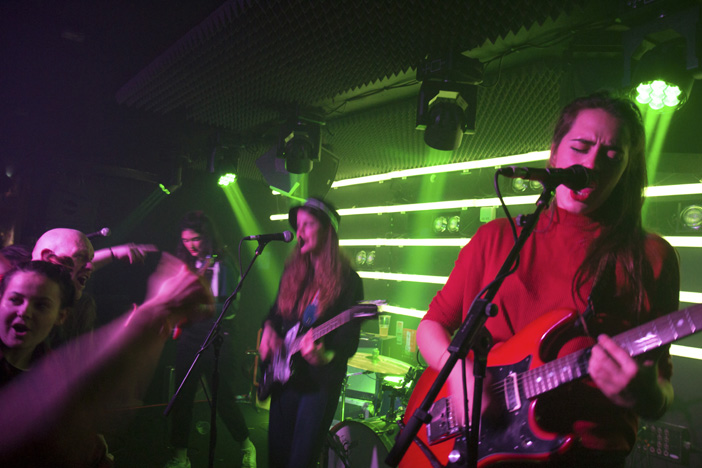 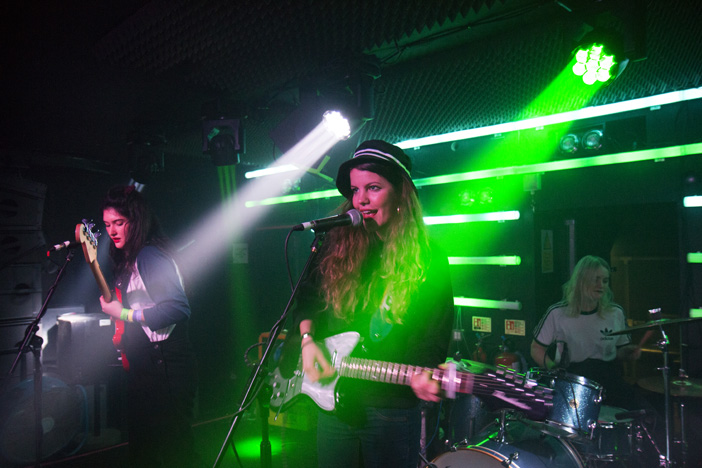 “We can play one more song if you guys promise to behave,” says Ana Garcia of Madrid’s Hinds. “I never thought I’d say that but they’re getting really mad with us.”

“They” are the security at Patterns who have had their hands full tonight. During the thunderous opener ‘Warning With The Curling’ the barrier had already collapsed under the weight of hysterical fans.

The propulsive ’12:51′ hook of ‘On Location’ is irresistible live and the band’s breakout ‘Monaco’ still sounds like the best indie song since 2014. Public Access T.V. embody the perfect blend of CBCG New York garage and new wave yacht rock.

‘In The Mirror’ is a spray-on dropkick to the face of post-Strokes English pretenders. So blisteringly good it should see the likes of The Vaccines turn back to folk with their carefully coiffured tails between their legs. ‘Patti Peru’ could be a missing classic single left off of Twin Peaks’ excellent ‘Wild Onion’

What’s alarming is they don’t even look old enough to be out of school. The audience also appear too young to remember The Strokes, Star Spangles and Virgins who PATV are so indebted to. In 2016 it’s refreshing to see that this type of music has stock left with anybody let alone the kids. The early noughties my friends… what a time to be alive.

We’re snapped back to reality with Hinds’ ‘Chili Town’ and its aptly spicy lyrics. “All I’m asking for is you to make a move,” implores Carlotta Cosials. As if in reply a pit erupts and a number of sweaty fans surge forward.

The flailing limbs of a crowd surfer come in and out of view as he floats along the tide in ‘San Diego’. When frontwomen Carlotta and Ana join forces vocally Hinds sound unstoppable. The crowd shower the Spanish quartet with screams and applause as they struggle to find their footings in the chaos.

“We’ve never felt like this way at a gig before,” says Carlotta with a look of awe and concern.

There are moments of calm with the serene ‘And I Will Send Your Flowers Back’ and the Mac DeMarco nodding instrumental ‘Solar Gap’ – but they don’t last long.

‘Garden’ could soundtrack a boozy back garden picnic and ‘Castigadas en el Granero’ is spaghetti western infused desert punk. If Hinds were a cocktail it would be made with a splash of Little Joy, four parts Vivien Girls and a bottle of warm tequila.

As members of the crowd battle to get on stage during finale ‘Davey Crocket’, security finally lose their grasp of control. Stage invasions have become a customary finish to the Spanish quartet’s shows. Whether tonight’s feverish behaviour is learnt or simply a product of Hind’s infectious gang positivity, it makes for one of the most riotous shows we’ve seen in a while.

They’ll need a stronger barrier next time this gang is in town.